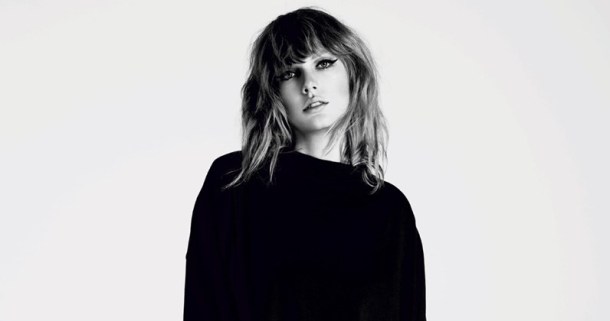 I have managed to post just one of these Definitive Ranking articles in each of the last 4 years, at least I’m consistently slow! In a bid to bring this type of article back to life I’m looking at one of Pop music’s most well known, most divisive and most successful recording artists. Taylor Swift is heading into the second decade of hits here in the UK, so this is my ranking of every one she’s had so far. As usual, I am only considering UK top 40 hits here, so the likes of Mean, Sparks Fly, Out of the Woods and debut hit Tim McGraw don’t make the cut here. There are some surprising tracks in here, but for the most part this is some of the best pop music of the last 10 years. Feel free to let me know how wrong I am over at (@Atkins_Sam).

I continue to be baffled by how after a series of huge UK hits on her first worldwide crossover pop album Taylor Swift managed to close the album campaign with a dull performance of an equally dull Snow Patrol lead singer featuring song. The Last Time is such a non event that I’d be surprised if Taylor herself even remembers it.

The fact that Look What You Make Me Do will potentially remain as Taylor Swift’s only ever UK #1 single makes me incredibly sad. This is not a good song. It is a bad song that verges on being a terrible song when it’s released by an artist who really can do so much better.

The first taste of where Taylor’s sound was heading, this feature is perfectly fine, but barely memorable next to what would soon follow.

Gorgeous has a lot going for it, the sparse production does a lot to make it stand out next to some of the crazier moments on reputation, but for me the chorus doesn’t really hit like it should. It’s a nice song on an album full of loud and brash music that could probably do with choosing to strip things back even more or kicking it up a notch.

I was convinced that there couldn’t be a Taylor Swift that annoyed me more than Bad Blood (That was until LWYMMD came along anyway) but at least Kendrick Lamar bumps this up a few spots by beefing up the song writing quality considerably. The biggest problem I have with Bad Blood is the irony the song claims to pull upon only works if the artist in question doesn’t come across terribly at every turn. Bad Blood isn’t supposed to be taken as seriously as it ends up doing.

Hearing these two songs back to back is interesting as it backs up the theory that reputation is the way it is because someone let Taylor Swift believe that Bad Blood was the best thing on 1989. …Ready For It? manages to come out the other end a lot better, the ‘Baby let the games begin’ bit is brilliant, but it barely sounds like a Taylor Swift record.

Narrowly being eligible for this list, Wildest Dreams stands out as the closest thing to a ballad that Taylor has released in a considerable number of years. Ending up sounding like Lana Del Rey but lacking a truly distinctive vocal, Wildest Dreams suffers most when compared to some of her earlier epic ballads like Speak Now cuts Back To December and Enchanted. Nice, but not spellbinding.

Probably my favourite track to see a release from reputation so far, Call It What You Want is a slow burn but feels like one of the few moments of the album where the transition away from any semblance of live instruments actually suits Taylor.

The hit rate of the Fifty Shades soundtracks remain impressive with this song. My favourite thing about I Don’t Wanna Live Forever is just how well Taylor and Zayn’s voices fit together. They both deliver this high pitched ethereal sound that manages to work so much better than you’d expect it to.

Just about the only true country song that Taylor has charted with in the UK, Begin Again closes album Red as a reminder of why she owned the genre for the first few years of her career. It’s slight, bringing out the best in her voice and while it’s the most delicate song on this list it’s one of the best examples of her talent.

Shake It Off is an undeniable hit, but stands as the moment that Taylor the singer and Taylor the person finally became one. It’s a song that infuriates me for how infectious it is. It’s a song that’s as easy to love as it is to hate. The quintessential Taylor Swift song for all the wrong reasons.

Welcome To New York is probably the most straightforward song on 1989, but it’s one of the most effective attempts of capturing that decade’s sound. It’s a literal intro to Taylor’s world dominating pop career, leaving her country roots behind altogether. It sets the scene perfectly too and without too much fuss and gets the job done.

The opening track of Red may not have the massive sing along chorus that some of the songs that made this top 10 do, but it’s the driving energy that makes it one of her best promo tracks. ‘So you were never a saint/and I loved in shades of wrong/we learn to live with the pain/mosaic broken hearts’ is one of the best lyrics on the album too.

It’s so interesting to me that Everything Has Changed is the Ed/Taylor duet that resonated the most here in the UK, over the recently released hip hop leaning End Game. It’s one of Ed’s least sickly sweet love songs and genuinely brings out the best in Taylor. I’d go as far as to say that vocally this is the best that Taylor has ever sounded.

Remember what I said about Shake It Off earlier? We Are Never Ever Getting Back Together is somehow even more catchy, even more annoying, but much more suited to Taylor as an artist. I mean ‘this is exhausting’ has never felt more appropriate for any pop star, but that’s the kind of bang on moment that can make or break a pop song. Here it elevates WANEGBT into being one of her best tracks, even if the less that is said about the ‘Rock’ version she performed on the 1989 tour the better.

A decade on from release Love Story still holds up as one of the best country crossover hits of the century so far. I’m not even sure that a song like this could become such a big UK hit in 2018, the way it broke through so much is still impressive. The confidence behind that key change near the end is the best part of Love Story though.

Style is impossibly cool which is a word very few have ever used to describe Taylor Swift. It sums up the effortlessness of the best tracks on 1989 like nothing else. The repeated shout of ‘OUT OF STYLE’ drifts in without dominating the mix, while the rumbling bass makes it so the song would work acoustically too. Style more than lives up to its name.

22 is so full of energy and unadulterated joy that it has to be one of Taylor’s best songs. It bounds along like no one’s watching, the sort of knowing ‘guilty pleasure’ that only works if the song itself is brilliant. In the hands of anyone else, 22 would have become the ironic breakout hit that gets sung by drunk people at parties. For Taylor it proved she could have those hits over and over again, with songs that stand up in their own right too. 22 is a gem of a pop record.

Love Story may have been the global breakout hit, but it’s You Belong With Me that’s marks the moment that Taylor Swift proved she had the potential to become the biggest country crossover act in history. It captures that idea of innocent young love better than anything else on Fearless but is brimming with confidence and a driving vocal. It’s telling that You Belong With Me manages to have won me over so much given how Anti-Taylor I was on release. It’s the best of both worlds as far as country/pop crossover goes.

I once described I Knew You Were Trouble as ‘a dubstep song that manages to avoid including any actual dubstep’ and it still rings true now. The way the chorus builds and builds before the hook explodes is great every single time it happens, while every ‘OH’ hits harder than the last. I Knew You Were Trouble was the first sign that Taylor Swift writing songs with someone else could be the best thing she ever did. It sits alongside the best Max Martin records, but remains distinctly Taylor Swift, something that the remaining records in the top 3 do perfectly.

If there’s a song that made me give up and get on board with Taylor Swift it is Red. The way the guitar soars along with each verse, it’s a properly epic sound from the moment the chorus kicks in. It’s an effortless song too, Taylor is 100% at her best when she sounds in control, clutching her guitar and able to properly perform. It brings out the best in her voice, her delivery and the songwriting itself. The way that ‘r e e eddd’ rides along the storming production as the song develops. It uses the very best parts of Taylor’s country songwriting to make a pop rock hit worthy of being one of her bigger hits.

There’s certainly a trend with the songs I’ve put in the top half of this list and Mine is probably the most obvious and easiest song to understand of the lot. Like nearly all of my favourite pop songs, and in a similar fashion to Red, Mine takes you on a journey. That first stomp of guitar and drums on ‘For the first time’ is instantly satisfying, each next verse thrusting you forward further and further until the final chorus drops out completely. Once is smashes back in and ‘Hold on, make it last’ appears in the chorus the song just has you. Much like other songs on Speak Now, like the fantastic Sparks Fly which would have been just behind Mine if it had made the UK Top 40, there’s a sense of maturity here that wasn’t heard in her previous records, without the need to remove the utter joyousness of them too. Mine is an outstanding pop tune and is probably her most underrated single to date.

Blank Space is Taylor Swift’s best single for all of the reasons that the rest of the songs in this top 10 made it there too. It an arena filling pop production, but would sound equally as good played acoustically on guitar. It’s full of personality, working so much better in the context of the artist herself. That click sound before ‘And I’ll write your name’ is just irritating enough to make it a genius piece of songwriting. Blank Space is the definitive Taylor Swift record because it is the culmination of everything she does well. It’s as much of a journey as the previous two songs above and in fact the development in sound and songwriting from Mine to Red to Blank Space are obvious to hear. It’s the sort of song that doesn’t come along very often, a career defining record that manages to amaze me every single time I hear it.