We are exactly 7 months into the eligibility period for the 2019 Grammy Awards which means it’s probably time to look at the early favourites for music’s biggest night. I’ve successfully posted one of these articles in each of the last 4 years with varying degrees of success, my prediction that the Frozen soundtrack would dominate every category back in 2015 was the most poorly predicted.

It’s am interesting position to be in knowing that the two front-runners for Record of the Year definitely won’t be eligible for Song of the Year too. Two album tracks from 2018 Grammy award winning albums have become two of the year’s biggest hits thanks to a female artist jumping on a remix. Ed Sheeran saw Perfect reach #1 on the Hot 100 after releasing a version with Beyonce, while Bruno Mars scored yet another huge hit from the Album of the Year winning 24K Magic with Finesse thanks to a star turn from Cardi B. Both of these worldwide smash hits are sure to be in contention for Record of the Year, where I could see Bruno becoming just the third artist in history to win this category in back to back years.

Two songs I could see scoring nominations in both categories, the huge crossover success of Meant To Be and The Middle for Bebe Rexha and Maren Morris saw these stars trade their respective Pop and Country genres to huge success. With Zedd listed as a joint lead artist on the latter, a Grammy winner and recent nomination in Pop categories, I could see a push to get him his first general field nomination next year. The opposite is true of Meant To Be where the inclusion of Flordia Georgia Line might actually harm that song’s chances of appearing. The country duo were snubbed for the biggest country crossover hit of the last decade and are yet to receive a single nomination at the Grammys. If Meant To Be doesn’t change that I’ll be baffled.

More recent building hits like I Like It from Cardi B, the return of Ariana Grande with No Tears Left To Cry could be future favourites, while Justin Timberlake and Chris Staplton collaboration Say Something is surely an early favourite for Song of the Year. The Black Panther collaboration album could find itself competing against itself here, though the smart move would be to submit Pray For Me for Record of the Year and All The Stars for Song, both will surely score at least one nomination next year. Drake has struggled to see success in the Big 4 song categories, but the domination of God’s Plan and now Nice For What could see his fortunes finally change. A few long shot predictions? I wouldn’t rule out Sam Smith in Song of the Year for Pray, despite it never truly taking off as a hit. 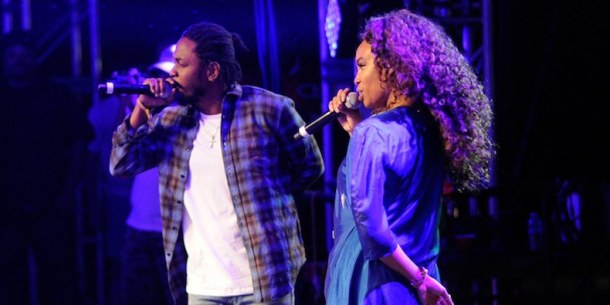 Album of the Year

It’s a situation where I’m going into Grammy predictions betting against Taylor Swift being nominated for Album of the Year, despite having another 1.2m selling debut week in the US alone. reputation may have continued the bumper sales success of her previous work, but with poor critical reception and nothing taking off as a hit outside of lead single Look What You Made Me Do, I can’t imagine her making it this time around. Bruno Mars managed to win last year for a similarly critiqued record, but at least he had two major radio hits behind him.

That leaves a soundtrack album, namely Black Panther: The Album as the frontrunner here, which I still don’t see as a dead cert for a nomination. The acts involved, SZA, The Weeknd, Khalid and obviously Kendrick Lamar have all seen success at the Grammys, so perhaps it should be an obvious consideration. It would certainly be strange to imagine Kendrick Lamar finally winning Album of the Year for what is arguably his weakest body of work yet. Among the other big streaming hits, Cardi B could even make it into AOTY for her surprisingly strong debut Invasion of Privacy, while the likes of Post Malone and Migos could sneak in too if a spot is open.

Sam Smith may have missed the mark with No Good At Goodbyes which was a shock omission in the pop categories last year, but I could still see him garnering enough votes to appear for album The Thrill of it All, while Grammy stalwarts P!nk and Kelly Clarkson could follow up song nominations last year with one here. U2’s Song Of Experience was quickly forgotten among the Christmas rush, but could emerge again once the band begin the tour the record, while Songs From A Room Vol 2 and Golden Hour could see Country return to the category once more, the latter being one of my two big outsider predictions for Album of The Year. The other of these is Dirty Computer from Janelle Monáe, which I could see following in the footsteps of Childish Gambino’s Awaken My Love last year to finally deliver an artist who has delivered countless amazing Grammy moments her very first trophy.

All of that said, we still have albums from the likes of Ariana Grande, Arctic Monkeys, Drake and supposedly Beyoncé on the way before the eligibility period ends in September.

There’s one name that comes to mind instantly, someone who was nominated twice last year and is a favourite in the categories above. Cardi B will most likely become the first female rapper to win Best New Artist since Lauryn Hill in 1999, with a critically acclaimed debut album, a Hot 100 #1 single and a featured verse on the front-runner for Record of the Year she’s definitely the one to beat here. Of course she was eligible last year too, but given Allesia Cara’s delayed win last year this can only work in her favour.

Sticking with acts who aren’t strictly ‘new’ this year Bebe Rexha might still be eligible despite having released 3 EPs worth of music, while Country group Midland scored 2 nominations last year but could still sneak in this year. Post Malone could be another solid prediction here, despite the fact his second album is what will be eligible this year. Camila Cabello won’t be eligible given her success with Fifth Harmony, where she could have been a favourite alongside Cardi B.

Much newer artists that could sneak in here? Dua Lipa made the US top 10 with New Rules, but thanks to the her upcoming hit One Kiss that currently sits at #1 here in the UK, she could be an obvious nominee by September. Blocboy JB scored a big Top 10 hit with Look Alive, but he might not have shown enough as an artist to make it here yet.

Of course everything will change soon and some of the new artists that are about to break through at radio could do in the months that remain of eligibility.