Ben Howard manages to make his music sound effortless. It’s a wonder that an album as deeply complex and with such expansive production as I Forget Where We Were feels this easy and natural. I wish I could do that.

I was worried she would never do it, but Nicki Minaj achieved the impossible in 2014. She finally produced an album worthy of all that early hype, not the middling non event of Pink Friday or the mess that was Roman Reloaded, The Pinkprint is genuinely a great album. Nicki Minaj should be the best rapper in the industry and it finally sound like she is. Want Some More is a wake up call to anyone who doubted her, while Feelin’ Myself manages to make Beyoncé seem inferior. The Night Is Still Young recalls Super Bass rather than Starships (A distinction that is much bigger than some fans would make out). The highs aren’t quite as high as the few on Roman Reloaded, but from start to finish The Pinkprint showcases the best of Nicki Minaj, which is all I ever wanted from an album.

I wrestled with my feelings on Lana Del Rey’s second album a lot during 2014. It’s basically a concept album, which focuses on a series of more and more troubled women and the horrible men they align themselves with. It’s nothing new for Lana, but there isn’t really a let up for any part of Ultraviolence. This is an album where the title track has a hook of ‘He hit me and it felt like a kiss’. This isn’t an album to be taken at face value though, something that changes how you listen to it. Lana has never sounded better than she does on the songs here, her vocals ooze with every word, her way to command a song is undeniable. On Shades Of Cool she breathes her way through the high notes on the James Bond style chorus, while on Fucked My Way Up To The Top she sounds like she’s doing just that. It’s a thrilling album from start to finish, one that segments Lana Del Rey’s place in the industry even more so than her first and probably better album. In 2014 I lost myself in Ultraviolence more than most albums on this list. 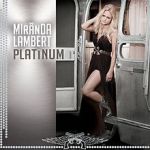 The undisputed current Queen of Country music Miranda Lambert is outselling, out smarting and out performing nearly all of her male counterparts, most notably her husband Blake Shelton. Platinum is the crowning achievement in her career thus far, a landmark country album that manages to feel both nostalgic and forward thinking. She reflects on her own achievements on the title track, ‘Somethin’ bout Platinum irrefutably looks as good on records as it does on me’ is a line that sums up everything Miranda nails here. She knows when to slow things down for a song like the brilliant Holding On To You, or when she needs to kick things back up a gear with Hard Staying Sober.  Songs like Old Shit and Gravity is a Bitch live up to the potential of their titles, recalling early Dolly at times. Every song sounds like Miranda though, this is her album from start to finish and it’s one of the first country albums released since I joined the genre that I think manages to achieve everything the genre can do. It’s relatable and genuine, after a year with Platinum I feel like I know Miranda, something no other album here can attest to. 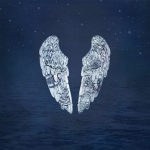 2014’s biggest grower, Ghost Stories is an album that is surprisingly small and simple on first listen. For a band who have made their name on stadium filling anthems like Viva La Vida and Paradise, Ghost Stories is quiet. It’s Coldplay writing a breakup album, most notably for Chris Martin, but it’s something I doubt anyone was expecting. On first listen you think you start to get where the band are coming from by Midnight, which builds and builds to an electrifying, but still subtle chorus of synth. Rather than building even more from there though Another’s Arms and Oceans bring things back down again. It’s not until A Sky Full Of Stars comes crashing in that you finally ‘get’ Ghost Stories. It’s an incredible moment as that Avicii production kicks in and you see that Coldplay haven’t changed after all. Rather than the minute long build in Every Teardrop is a Waterfall, Ghost Stories is one massive 30 minute build up to the explosion of A Sky Full Of Stars, one that teases you along the way, but never compromises with adding another hit or two here. It was a daring move for a band who’s last album was pure hits and nothing else, but it’s one that has paid off considerably. Ghost Stories may just be my favourite Coldplay album.

After that long paragraph about Miranda Lambert earlier I bet you weren’t expecting to see another country album in my top 10. This one will be tougher to explain but bear with me. I once compared The Outsiders to Yeezus, a statement I stand by today. This album is a mishmash of genres, sounds and voices and yet manages to define the genre for the year. It’s like Eric Church has spent his time in the 12 months prior to this album listening to anything but the Country Top 40. Here’s an artist not afraid to interrupt midtempo honky tonk breakup song Cold One with a minute of crazed bluegrass before returning like nothing happened. Here’s an artist who follows this song with a double hit of pure pop choruses in Roller Coaster Ride and Talladega. Here’s an artist who makes a stadium filling ballad like Give Me Back My Hometown work side by side with haunting album closer The Joint. The Outsiders is an album that continues to astound me. As someone who is still pretty new to the whole ‘country’ thing I’d never claim to be an expert, but for my money The Outsiders is the best country album of 2014. 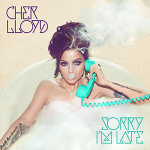 Sorry I’m Late is the best album from any X Factor alumni. Back in 2010 in by far the greatest audition the show has ever seen Cher Lloyd showed that she had the potential for big things. 4 years later she produces Sorry I’m Late a pop album that’s mature, yet youthful, catchy, yet unpredictable but over anything else a joyous listen. Sirens is an epic ballad moment, while Human takes things to a whole new level with one of the best choruses of 2014. Bind Your Love is a perfect pop song, a song that is pure Cher Lloyd and couldn’t be performed by anyone else. On Sorry I’m Late Cher Lloyd has found her sound, even if it is in fact a bit too late for the public to hear it.

At just 5 tracks long, it feels like cheating including Do It Again on this list. In fact this EP is actually longer than Super Critical by The Ting Tings, so I couldn’t leave Robyn & Röyksopp out here. 5 songs, each completely different and each incredible in their own way. Monument is an expansive electro ballad that uses saxophone to great effect. Inside the Idle Hour Club is 10 minutes of synth that manages to feel like 3, an incredible feat few would pay attention to. Sayit is a grinding dance track with Robyn growling her words over it. The title track (As I mentioned here) is a TUNE and if you don’t know what that means then come back in 5 minutes after listening to it and you’ll understand. The album highlight however has to be Every Little Thing which is the best Robyn song since Dancing On My Own. No one does pop like Robyn and Röyksopp brings out the very best in her. Within the space of 5 songs, the trio manage to deliver more than nearly every other artist did in 2014. If Do It Again had been a full album, I’m more than certain it would have been at #1 on this list. If it had though, I’m not sure I could have handled just how good it would have been.

Let’s cut to the chase here. The opening 7 tracks of 1989 are incredible. Welcome To New York, Blank Space, Style, Out Of The Woods, All You Had To Do Was Stay, Shake It Off, I Wish You Would. That’s 7 5* tracks in a row. There’s nothing else on this list that manages that. Whether the rest of it matches this high standard is irrelevant really, 1989 is Taylor Swift at her best. Country or not, these are Taylor Swift songs, anyone who thinks her style has changed any more than just some added drum machines and synth should go back and listen to her best songs. Mine, I Knew You Were Trouble, All Too Well, Love Story, 1989 hones everything that made those songs great and crafts an album where Taylor truly shines. An incredible album and surely not her last. 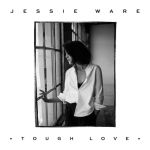 Tough Love is my favourite album of 2014 for so many reasons, yet I’m sat here struggling to find the right words to describe it. 3000 words into my top 25 albums surely I must have had something to say about the album at number 1. It feels weird to say this, and it may be a cop answer to why it finds itself on top, but I just know that Tough Love is #1. I had a feeling I’d be saying this when the title track was unveiled, with my becoming more and more sure with every new track debut. On full release though I don’t think I had anticipated just how good the whole album would be. It doesn’t even matter that I know Tough Love is written for and about her husband who she married earlier this year, it’s like she’s singing about me, even when I have no way to relate to how she;s feeling. 2014 has been a big year in my life, don’t worry I’m not about to break down into a rant about how tough my life is or anything. Some pretty major things have happened and Tough Love feels like a transitional moment for me as a person, like I’m finally growing up. Can an album do that? Probably not. I’m probably looking way too deeply into how much I like these songs; You & I (Forever), Cruel and Champagne Kisses causing me to literally start singing to myself on the train home from work. Maybe I am thinking too hard, but all I know when it comes down to it is that Jessie Ware ‘gets it’, What exactly it is that she gets I’m unsure, but the way she describes relationships, people and love is so effortless that it’s probably better to let the music speak for itself. An album I doubt I’ll soon forget, Tough Love by Jessie Ware is my Album of 2014.