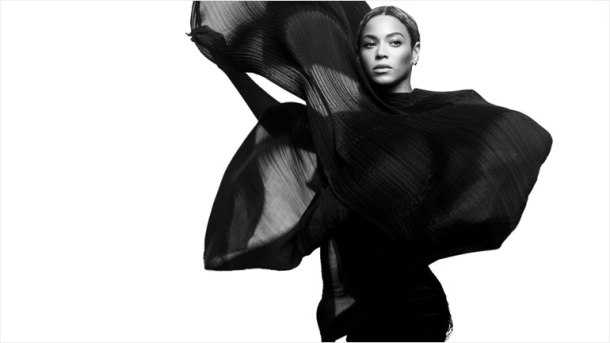 I couldn’t find the time to put together an in depth look at the nominees for this year’s Grammy Awards so I thought I would take a last minute look at the categories and make some wild predictions just days before the show on Sunday night. Given how wildly inaccurate my nomination predictions were this should be an interesting year.

Record Of The Year

I thought this award was a two horse race between Happy and Say Something, so I was caught off guard by the nominations we were left with. 4 of the songs mentioned above are up for both Record and Song, Fancy being the odd one out here. As such, it’s difficult to see which way the voters will lean for each category. I would love Chandelier to win, despite not being the biggest Sia fan out there. It’s a remarkable pop song and Sia has played such a vital role in the industry for the last few years so a Grammy win feels well deserved. I think Sam Smith is the obvious favourite though. I’m starting to think (worry) that he might do a clean sweep of the main 4 categories and a double Record/Song win would fit in nicely with the hugely successful 12 months he’s had.

Song Of The Year

Same as above really, this time with Hozier and his dirgy Take Me To Church looking totally out of place next to Shake It Off. Again, I think Chandelier is clearly the best song of the bunch, Shake It Off and All About That Bass staying either side of irritating since they’ve become so overplayed (I’ll let you guess which side each is on) but again Stay With Me is the front runner. A win here is all but guaranteed for Sam Smith but it definitely won’t be his only one of the night.

I was nearly right with my predictions here, while pleasantly surprised to see HAIM getting the nomination they deserved last year. There is no competition here though sadly and as much as I’d love the Haim sisters to score a surprise win no one has a chance against Sam Smith. He’s the first act in a while who has a very very good chance of winning all 4 awards in the same night which means a victory for Best New Artist makes complete sense. The impact he’s had is more than the rest of the nominees combined so he probably deserves this one anyway.

Album Of The Year

Before I get into the real contenders can I just mention how ridiculous it is that Pharrell Williams album was even considered for a nomination for Album Of The Year. Happy more than deserved to win this year, it should have took home the two main song awards, but that mediocre at best album? Not on my watch.

Back to the rest then, I can’t say that I’ve listened to the Beck album, but I have heard that it more than deserves a mention in these nominations, I’m sure he will clean up in the Rock categories. Ed Sheeran deserves his place too, much more so than I think Sam Smith does. Ed’s album is a diverse, but thematically consistent record, while Sam Smith’s feels like Adele 0.5 with some dance tracks tacked on to stay ‘current’. Both had huge years due to hugely successful albums and as such they each have a fair chance here. Some albums win Album of the Year based purely on the quality of the record (See The Suburbs – Arcade Fire), others for the dominance of the artist that year (Fearless – Taylor Swift). Beyoncé is in a whole category of her own in 2015. A moment in music history that few will forget, despite no one being prepared for it in the first place. I have talked a lot of times about how Beyoncé pulling a ‘Beyoncé’ was a career defining moment for her, but it was also a defining moment for the age of music we live in (I’ll promise I’ll dial back the hyperbole shortly). That moment of awe, surprise, disbelief and excitement on December 13th 2013 when the album appeared on iTunes is one I will never forget and I’m sure plenty more people won’t either. It was precisely the moment Beyoncé became the legend she believed she already was, exactly why it deserves and will win the award on Sunday night. It helps things that it’s by far the best Beyoncé album yet. Do you really need any more reason than ‘Best Beyoncé Album’ to be Album of the Year?

There you have my final predictions for the big 4 awards, but what about the rest of the awards? I’ve collated all of the ones that I can predict and put them on the next page in case you are interested in seeing just how wrong my choices will be come Sunday night.