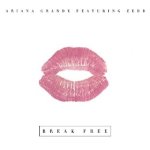 Forget for a second that Break Free is by Ariana Grande (ie: The best worst artist of 2014) and what’s left is a banger of a song. Zedd knows his way around a massive chorus, you only have to look to Clarity and the better tracks on Artpop for evidence of this and Break Free might well be his best yet. Ariana really doesn’t bring anything to the table though, part of why the song finds itself way down at the bottom of my list. I can think of some amazing singers who would have brought their A-Game to Break Free, but instead we have Ariana forgetting to annunciate for 3 minutes. 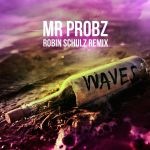 The first of a few remixes to make my list this year, I initially thought the headlines of ‘Mr Probz to reach number 1’ were a joke, the name Mr Probz couldn’t be real surely? They were and while Waves caught me off guard I grew to love it. I was torn between including Waves or Nico & Vinz’s Am I Wrong here, both midtempo number 1s with soulful vocals and a rolling guitar riff. Waves just edges things here for me though, the Ibiza chillout anthem of the year for most people I assume. There’s nothing flashy here, nothing ridiculous, just a pulsing beat and an emotional vocal. 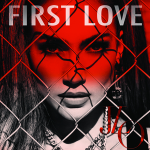 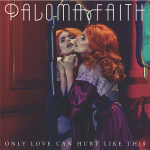 2014 was a stellar year for Paloma Faith. I’d always liked her, but never appreciated her more than a cursory ‘Oh her voice is nice’ when her song was on the radio. Only Love Can Hurt Like This changed everything, both for my opinions and for Paloma herself who managed to have the biggest hit of her career with a throwback ballad. The first time you hear that moment where she goes up an octave for the chorus is glorious, it’s a beautifully simple piece of pop music. Whether she will ever achieve the same heights as she did with this again is to be seen, but for now we can all just appreciate one of the best vocal performances of 2014. 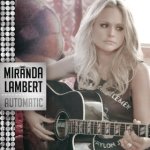 You’ll see a sudden change of my tastes on this year’s list as more country music than ever has made it in 2014. Fast becoming the most listened genre in my iTunes library, Miranda Lambert is one of the frontrunners for my favourite artist of the year. The lead single of her career defining album Platinum, Automatic is one of the country hits that I think could find success over here in the UK. Not quite uptempo, the rolling guitar riffs build and build never drowning out Miranda, who sounds in control at all times. She manages to own whatever song she performs like it’s easy, this sentiment echoing across the lyrics of going back to when things were done by hand. It feels like Miranda’s career is done by hand, giving Automatic a rawness and elegance rarely heard in modern country. 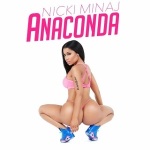 In stark contrast to every song before it, Nicki Minaj isn’t exactly shy on Anaconda. One look at the near explicit single artwork and you get the idea. Reclaiming Baby Got Back as a celebration of women, notably a certain type of women (no prizes for guessing). It’s by no means Nicki’s best rap, in fact she’s released quite a few that are better in 2014 alone. It’s not her catchiest hit either, the hook has little do with Minaj herself. If Anaconda achieves anything though, it’s a huge middle finger to the rest of the industry. Nicki does give a shit what you think, if she wants to tell you how amazing her ass is, you are doing nothing to stop her. Nicki owned 2014 and the moment where she announces ‘I got a big fat ass’ is one of the best of 2014.

Another remix, this time of a song from Scandinavian star Tove Lo. I’ve seen the original version of Stay High appearing on plenty of 2014 lists, especially following this version’s success in America. Personally I prefer the remix that took off in the UK, slightly less pop and more of a chilled out dance track. The vocals are screwed with just enough to give Stay High a deranged quality, the throbbing ‘uh uh’ of the opening seconds setting the tone for a dark record. It’s totally not the sound you’d expect to hear in the UK top 10, but Stay High is all the better for it.

I remember hearing Burnin’ It Down for the first time and being convinced that it couldn’t be the new Jason Aldean single. This is a pure pop song, there’s no two ways about it, which could never be sang by the reigning king of Bro-Country. This was a huge change for the singer and could have marked a massive change in sound for him. Of course, by the time the album was released nothing had changed, we had the same mix of trucks, tans and beers set to a typical country guitar riff. It may not have changed this industry, but Burnin’ It Down is still a brilliant tune. I could even see it doing well over here in the UK, the tease of guitar as the song dips in and out of focus wouldn’t sound bad next to something by Coldplay on Radio 2. 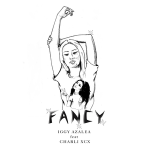 ‘I’m so FANCEEYYY you already KNOOOOHH’. You already know how you feel about one of the year’s biggest pop hits. I could sit here and explain how shocked I was that Iggy and Charli XCX managed to get themselves a Billboard Hot 100 #1 after less than stellar sales just 6 months earlier, but that would be pointless. Instead let’s all just agree that Fancy is a tune and 2014 wouldn’t have been the same without it. 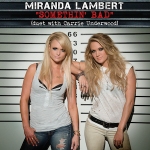 Somethin’ Bad is the sort of collaboration that doesn’t come along every year. The two current queens of country music, Miranda and Carrie storm their way into this list like no one else could. It’s a call to arms for the rest of the women in the genre, a stamping country anthem that has no qualms about being lodged within the predictable end of the genre. Two women who have nothing more to prove kicking down the door of the boys club and producing a hit that actually deserves to be one. Unlike so many collaborations this year, Somethin’ Bad doesn’t feel like a battle between the pair, they give each other space to shine when it matters the most. I realise I have barely mentioned what makes Somethin’ Bad a great song, but given the pair of artists in question, it’s surely obvious why this is such a brilliant track.