P!nk never made it onto my singles or album lists last year, probably an oversight on my part, but Just Give Me A Reason has been a favourite of mine for most of 2013. The vocal performances on this song are incredible, Nate Ruess having to push himself to keep up with P!nk throughout. P!nk continues to prove time and again that she is the best female popstar in the business, even if the world (including me for the most part) hasn’t caught up yet.

If P!nk is the most consistent female performer in Pop, I think Bruno could be the male equivalent in 5 years time. He’s not put a foot wrong yet, and the singles he released in 2013 were no different. In a year where ‘throwback’ was always the flavour of the day Treasure stands out among the crowd. Funky, danceable and about as catchy as pop music could get in 2013, including Treasure here was an easy decision.

I’m as surprised as everyone else to see Miley Cryus appear here, but no 2013 list would be complete without her. I’ve not been on board with ‘2013 Miley’ for the most part, the twerking, the terrible outfits, the cringeworthy live performances; Miley was a mess this year. Some people quite enjoyed the mess though, and like some terrible Hannah Montana parody she became the only thing anyone could talk about all year. The success of We Can’t Stop baffled me to no end, mediocre song, terrible video, Rihanna would never get away with releasing a dirge like We Can’t Stop, at least her own Mike Will track Pour It Up had some semblance of personality. The song was huge though, the VMAs performance with Robin Thicke cementing Miley’s position as the court jester of 2013 pop. But underneath all of the mess was Wrecking Ball, most definitely one of the best ballads of the year. The song is enormous in scale, Miley is singing for her life from start to end and it’s amazing to hear. A song nearly good enough to distract from the rest of Miley’s antics in 2013, if there’s more songs like Wrecking Ball to come then she’s probably not going anywhere just yet. 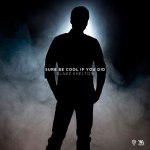 The first properly great Country song of 2013, Sure Be Cool If You Did edges out similar tracks like Crash My Party and Don’t Let Me Be Lonely as my favourite mid tempo country ballad of the year. Blake always sounds great, but here he lets his vocal imperfections make Sure Be Cool If You Did a much more honest record. Most people prefer Blake’s uptempo tracks like the also excellent Boy’s Round Here but this was a song that had me right from the first week of January, right through till December, most definitely one of my songs of 2013.

Oh Blurred Lines.What can be said here that hasn’t been said already? Outside of the sexism controversy, terrible performances and being unavoidable for the whole of 2013, Blurred Lines still stands as an infuriatingly catchy song. I ask everyone who has ever complained about being sick of Blurred Lines to tell me that they haven’t been caught singing along to ‘You the hottest bitch in this place’ more than once. It’s the hookiest of hooks released in 2013, for both the right and the wrong reasons. There’s a reason 1.4 million people bought Blurred Lines in the UK, 2013 wouldn’t have been the same without it.

Can you imagine being as successful as Calvin Harris? In 2013 he scored his 7th, 8th and 9th top 10 singles from 18 Months, and scored an all new #1 single just months later. I’d complain that the chart has become far too Calvin centric in the last 3 years, but the music is just too good for me to care. I Need Your Love is a storming pop tune, with Ellie delivering the style of frantic vocals we’d never heard from her before. Calvin Harris brings out the very best in people, and this track is one of his best productions yet. 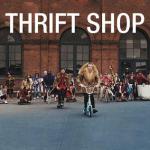 It’s very easy to see Thrift Shop as just a silly novelty song, but the debut hit from Macklemore & Ryan Lewis is so much more. It’s a catchy, party rap song that is genuinely funny without sounding stupid. Macklemore appeared from nowhere to be the year’s most accomplished rapper (until Eminem returned) his flow is impeccable throughout every verse he performs. It’s incredible to think that Thrift Shop, along with everything else the duo released in 2013 was released independently. An underground hit that steadily built to become a mainstream smash, Thrift Shop still brings a smile whenever it comes on.

Some may be surprised to see the lead single from Katy’s third album Prism so high on my list, most were disappointed with Roar. For me it continued the never ending string of brilliant singles from Katy Perry. Roar ticks all of the boxes for a pop hit in 2013, big vocal, inspiring yet slightly awkward lyrics, chorus as catchy as you could ask for, it just did the trick for me. Much like Firework the song loses most of its energy when Perry sings it live, but on record this is one of her best yet. 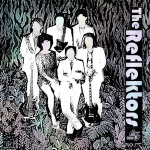 At over 7 minutes long, this is nearly the longest song on my list (You surely all know what that will be) but when listening to it you hardly notice how lengthy it is. Every second of this epic track is essential, extra hooks appear halfway through, the production expands more every minute, it never lets up. Everything in Reflektor keeps you on your toes, even if the main hook repeats for most of the song. The moment Bowie appears from nowhere is very special too, like a subtle nod to Arcade Fire from a music legend to keep up the good work, here’s hoping they do. 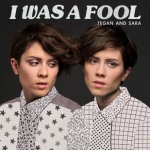 Not even the best song on parent album Heartthrob, I Was A Fool is still one of the standout pop tracks of 2013. Tegan & Sara write in such an honest and relatable way, they don’t dress the song up in layers of metaphor and radio friendly phrases. To think the duo would have previously been described as indie rock is amazing considering how well suited they are to this kind of pop music. I Was A Fool talks about a relationship in a way that few can convey this effortlessly. Definitely one of the best songs of 2013.