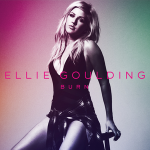 Starting things off is the first #1 hit for one of my favourite artists Ellie Goulding. Originally intended for Leona Lewis (Like every big hit these days) Burn is a proper banger that sounds like a surefire hit, yet still manages to retain the human quality of her best songs. The way Ellie sings ‘Fire, Fire Fiurrr’ is a personal favourite moment of mine too. One of the big hits of 2013 to start off my list.

On paper C O O L is the least likely song to appear on one of my EOY lists, a Cassie sampling mid tempo dance track that could be from any Ibiza chill-out album released in the last 10 years. The song itself though is a brilliantly unique slice of pop, the Me & U sample it revolves around being used effortlessly. Listening to C O O L feels like laying on a beach somewhere hot, summer 2013 wouldn’t have been the same without this song.

The first appearance for him on any of my end of year lists, Suit & Tie was the first new music from Justin Timberlake in nearly 6 years. At first, I was disappointed. I was hoping for a My Love style mid tempo, or a Like I Love You dance record, but as the year closes Suit & Tie was probably the best lead single we could have had from either JT album released in 2013. The Jay-Z sample was sweet, leading the way for another huge collaboration a few months later, but hearing Justin’s high pitched crooning back over a funky tune was the thing that sealed the deal for me. One of the tunes of the year that turned out to be a grower as 2013 went on.

Rudimental’s massive hit Feel The Love made it to #5 on my 2012 list and as 2013 began I knew they’d be making a number of appearances here again. Waiting All Night may not be as effortless as Feel The Love, but it sounds just as massive. Rudimental’s mixture of brass and drum & bass production still works tremendously well but it’s Ella Eyre’s soulful vocals that are the main attraction here, I’m expecting big things from her next year.

I’ll save most of my thoughts on Ciara in 2013 for another time, but my first listen of I’m Out was the moment everything just clicked into place for one of my all time favourite artists. Nicki’s verse is one of the best guest verses she’s ever delivered, giving CiCi a worthy introduction to build from. Ciara owns just about everything she does and here she’s on top form, full of attitude, fiery aggression with just enough leg room for her to dance at full force throughout. The bigger hit Body Party didn’t made the list, but I’m Out fully deserves it’s spot as one of the best songs of 2013.

Taylor Swift was one of the unexpected entries on my Singles/Albums lists last year, and I fully accepted the fact that I’m a ‘fan’ in 2013. Out of the singles she released this year, 22 was by far the best (The mediocre The Last Time instead of All Too Well?!) It’s the most straightforward pop hit she’s ever released and is all the better for it. 22 is an unapologetic, painfully catchy pop tune from an artist I’ve grown to love. 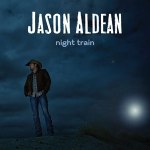 Year after year Country music has made more of an impact on my EOY lists and 2013 is where it really takes hold. Lots of acts narrowly missed out on a spot here, including Carrie Underwood, Miranda Lambert and Luke Bryan, but my (not so) secret obsession Jason Aldean does with my favourite song from his latest album. Night Train is the closest thing to Don’t You Wanna Stay you can get without roping in Kelly Clarkson. A massive vocal, stomping drums and full of drama Night Train was definitely one of the best country songs of 2013.

Country didn’t just infiltrate my EOY lists this year, it made for one of the biggest crossover hits of the last few years. Who knew a song like Wake Me Up would even work, the combination of the country guitar riff, huge synth dance production and the soulful vocal of Aloe Blacc is so crazy that it actually works. In a year where artists were vying to recreate the sound of the past, Avicii looked the future, melding every kind of genre for one of the most memorable hits on the year.

For most of 2013 I was worried that this would be the first year without a Rihanna song on my Best Single list. Pour It Up was a hit in America, but it didn’t deserve to appear here. As soon an Eminem confirmed the tracklist for his latest album I had a feeling Rihanna would end up sneaking in at the last minute and here she is. Though it shares many of the same attributes, this is more than a simple retread of Love The Way You Lie. It’s a huge song, Eminem’s verses bringing an introspective touch to an otherwise wild record. The incredible moment where the production switches up near the end is well worth the wait too. 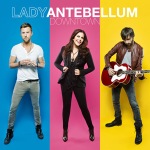 Just missing out on the top 30 is my most played song of 2013. Downtown is one of the most straightforward entries on this list but there’s a reason I’m not bored 122 listens later. Hilary delivers one of her strongest vocals on lead, teasing her way through the lyrics. Most of Lady Antebellum’s biggest hits are dramatic sweeping ballads so hearing an uptempo tune from them brought everything back to their first single Love Don’t Live Here. Lady A can do no wrong in my book and 2013 wouldn’t have been the same without Downtown.