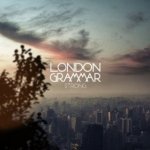 It’s easy to understand why I love Strong so much. Much like the rest of the London Grammar album, it feels like The XX’s music pushed beyond technical brilliance and into the realm of real emotion. Lead singer Hannah Reid’s vocal here is incredibly powerful without overshadowing the rest of the record. She has real soul and character to her voice, turning what would be a pretty simple by the numbers indie track into one of the swooping melodies of 2013. This is merely the start for one of the best new groups the UK has seen in quite some time.

The last of the million selling mega-hits to appear, Get Lucky is the sort of all conquering record that is both instantly catchy and has the staying power to outlast just about every other song from 2013. The trio of talent, Daft Punk, Pharrell and Nile Rodgers made for a monumental hit that both echoes the past and looks to the future. There’s a reason why songs like Good Times, Let’s Dance and We Are Family still sound as relevant today as they did 30 years ago and Nile Rodgers’ midas touch made Get Lucky a worthy successor to those huge songs. You couldn’t escape Get Lucky in 2013, but unlike Blurred Lines I’ll still be listening well into 2014.

Retrograde was one of the first songs to make it onto my earliest ongoing playlist of the ‘Best of 2013’. It’s by far the best song James Blake has produced, encapsulating just about everything that made his self titled debut so thrilling into just 4 minutes. A echo of an opening building as the vocals begin, the throbbing bassline seeping through as layer upon layer of production is heard. It’s such a densely packed musical journey yet unlike so much of Blake’s work it’s instantly accessible. Retrograde is a brilliant song.

Sleigh Bells are one of the acts I’ve talked about the most on this blog, and last year their single Comeback Kid narrowly missed out on the top spot on this very list. Bitter Rivals leans even closer to Pop than that song did, the hook of ‘You are my bitter rival, but I need you for survival’ not sounding out of place on a Rihanna record. Alexis sounds freer than ever too, her vocals edging between sweet and rowdy for most of the song. One of the most unexpected releases of the year, Bitter Rivals appeared from nowhere and has been on repeat on my iPod ever since.

I discovered the wonders of Jessie Ware far too late last year for her to make an impact on my 2012 list, but she’s been one of my favourite artists of the year. In stark contrast to the subtlety that made debut album Devotion so thrilling Imagine It Was Us is the the 90s dance classic that never was. From the off this is a full on throwback to decade, Jessie’s vocal teasing the listener, never reaching for the peaks we know it can reach. Much like the work of Katy B, this is dance music that feels genuine, you get the feeling that Jessie Ware has actually been to a nightclub, not the awkward notion of ‘The Club’ in most modern hits. Catchy, cheesy and funky enough to match any major dance release of the year, the poor chart performance of Imagine It Was Us was one of the biggest disappointments of the year. 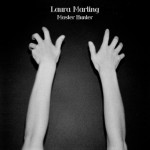 Laura Marling could literally sing anything and I’d include her on my end of year list. Her voice is totally gripping and never more so than on Master Hunter, the main release from her album Once I Were An Eagle. There’s a steady build for the first portion of the song, much like most of Marling’s best work, but once everything is in place this song is unstoppable. Every lyric is delivered from some deep place, nothing said flippantly or without purpose. Laura is in full control of the music she’s delivering on Master Hunter, surely one of the best records in her ever growing repertoire.

One first listen Lost & Not Found sounds nothing like a Chase & Status song. There’s no breakdown, no explosive drum & bass section to get people going at a gig. Instead Lost & Not Found is at heart a throbbing 90s pop hit, sung with breathy ease and never overproduced. Perhaps it’s how much the duo have held themselves back on the production that makes this such a great song, the ‘ahh, ahh, ahh’ backing vocals swoop in an out at perfect moments making this feel like an effortless record.

One of the few acts I was able to see live in 2013, DONE. deserves to be heard live. Lead singer Kimberley is a woman scorned on this stomping country song and judging by her reaction on DONE. you wouldn’t want to be on the recieving end. She brings an electric immediacy to the record, and things never really slow down once they kick off. The one moment they do has to be one of the my favourite moments of 2013, the ‘Ugh’ the proceeds the final chorus is like years of anguish bottled up into one unstoppable statement. Most definitely my country song of 2013.

Some may be uncomfortable with hearing the harsher lyrics from Eminem on Rap God, much like some of his best records he certainly knows how to be offensive when he tries. But putting lyrics like that to one side, Rad God is the sort of monumental statement of intent that you rarely hear from an artist so far into their career. Seeminly in reaction to upcoming acts like Kendrick Lamar and more obviously Macklemore looking to take Eminem’s spot in the market, Rap God is a reality check for anyone doubting who the true ‘Best Rapper Alive’ is. Lyrically there’s no one more in command of their words. Every verse is more impressive than the last, it’s the sort of record you have to pause the first time you hear it in order to digest just what is happening. As rappers go, Eminem is still king, but on Rap God he manages to go so far above and beyond it’s hard to think of ever competing against him again. 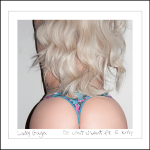 Just missing out on the top 10 is GaGa, her only appearance this year. I knew from the instant that Do What U Want began that it was a hit, the opening thudder of bassy synth sounds absolutely massive and the song manages to build on this. Unlike many of GaGa’s work in recent memory, the reason why Do What U Want works is incredibly simple. This is a banging pop tune by one of the industry’s best performers, it’s not hard to understand. Over singing just enough, bested only by a certain other blonde pop diva, the appearance of R Kelly is both welcome and brilliantly surreal. In 2013 a simple pop tune was exactly what GaGa needed, and Do What U Want was the perfect song to do it.