808s / Grammys / Grammys 2012
Moving on from the full fat albums vying for wins at this year’s Grammys, we have the next from the Big Four, Record and Song. Last year Lady Antebellum scored a double for their brilliant Need You Now, and with 4 artists being nominated in both categories, the same could happen again in 2012. I’ll take a look at each of these songs and see which deserves the awards come Sunday night. 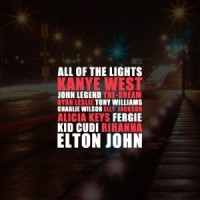 All of the Lights – Kanye West – Song of the Year

Starting with a song of the year nominee and winner of my song of 2011, most will expect All of The Lights to be my favourite from the nominees. If the nominations had been for record, I think I’d have agreed with that, as this is arguably Kanye’s best production of his career. It appears here for the songwriting though, and while its chorus is as brilliant as a chorus can be, other Kanye songs edge this lyrically. It’s still a well deserved nomination, and with it being far and away my favourite song in either category a win would be amazing. I think that Kanye does have a very strong chance of winning on the night, due in part to it being the only Rap song up for either award. Could the split of Pop/Alternative votes let All of the Lights edge it?

The other song only up for one award, Firework is a euphoric smash of a record. It became the soundtrack to countless adverts and TV shows, and it’s longevity was one of the contributing factors in Katy’s huge 2011 success. This nomination is much more well deserved than her album nod last year, but I still would have preferred to see Kanye in this category. With pop Grammy voters her main target, I feel that Bruno Mars and Adele will get more attention than Katy here, sad considering that it’s a better record than at least one of those songs.

It’s a shame that the releases from Bruno’s debut album lined up like they did, as rather than seeing Just The Way You Are nominated for both awards, we have its needy cousin Grenade. As good as the song is, I just can’t see lyrics that verge on the desperate side ‘I’d jump in front of a train for you… But you won’t do the same’. Mars comes across just a little unstable on this song, despite an epic production and suitably unhinged vocal performance. A well deserved nomination for record, but I prefer the mushy Bruno to be recognised for song. I don’t see him picking up either award on the night though.

In the lead up to the Grammy nominations, Bon Iver were really gaining traction with the blogosphere. When I saw that Holocene had been submitted for both record and Song I expected nothing to come of it, but lo and behold, Grammy voters welcomed such a beautiful track with open arms. The slight echoes of sax, the rolling drum pattern, the layered vocal, this is a truly amazing record. Though I personally think the album should have been honoured in that category, Holocene winning for Record would be a triumph. The song nomination confuses me, probably because half of Vernon’s lyrics are intelligible on the song. Sweeping statements like ‘all at once,  I was magnificent’ are brilliant pieces of writing, but I suspect that a win in both is beyond the group’s grasp.

Rolling in the Deep – Adele – Record/Song of the Year

The people who I’ve spoken to about my album nominations Grammys article have been surprised at how positive I was towards current Queen of The Charts Adele’s 21. Rolling in the Deep is probably the biggest reason for that, and it makes me so happy that this, and not the wonderfully written but heavy Someone Like You is recognised in both categories. Adele’s songwriting ability is unmatched here, the melody of the chorus being worthy of a nomination for being very nearly perfect. The production is on fire too, the stomping beat and raucous piano and backing vocals coming together to produce one of the UK’s modern classics. Adele is the big name going into this years Grammys and while she would thoroughly deserve both awards, I think voters may edge her out to just one for Rolling In The Deep. I think it should get the Song award, lyrics that speak of the sort of breakup only Adele is worthy to sing about, though I won’t rule it out from pulling a clean sweep. 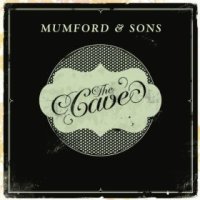 The Cave – Mumford & Sons – Record/Song of the Year

I mentioned throughout my first nominations article that seeing Mumford & Sons honoured with a double nomination for The Cave was the most unexpected moment of the telecast. he album it comes from, Sigh No More was released way back in 2009 in the UK and so seeing it up for awards at the 2012 Grammys is just weird. That said, in that time The Cave has become the ultimate festival anthem, a singalong tune that’s as expansive as it is introspective. Marcus Mumford delivers a stunning vocal throughout the song, despite Little Lion Man being the better song from the group, and it perfects the folk, country, rock, pop sound the group have become renowned for. It’s a great song, and a nomination is well deserved, but with Bon Iver and the stunning Holocene in both categories too, I think the folk/alternative voters will go towards Vernon rather than Mumford.

So there we have it, an incredibly worthy set of nominees including one of my favourite songs of the last 5 years, the best album track on my current album of choice and the biggest selling artist on the planet vying for Grammy votes.

It’s easy to think that Adele will sweep these two categories too, especially as like last year’s Need You Now, she is both the safe choice and a worthy winner a combination that voters are sure to go for. The track I think could dethrone her? Holocene could snatch the Record of the Year award, especially with the buzz Bon Iver have gotten this past year. In fact those two are probably my picks if I had a vote too, even though Kanye does deserve to win one of the Big Four at one point in his career.

Here’s how my Predictions and who deserves the award if I had a vote are looking:

Song Of The Year