There’s a week to go until the biggest night in the music calender, a night that is sure to cause drama and surprises whether you like it or not. The Grammys are renowned for making poor decisions when it comes to nominations, and often baffling decisions when it comes to giving the awards out. I’ll try and hold back the complaints that my favourite album ever didn’t get a nomination while I go through each album one at a time and ask whether a nomination, or even a win is deserved by each. It’s a strong field this year, and you might be surprised by my picks for the most deserving albums of the bunch.

‘The winner of the Grammy for Best Album is Adele 21’…The words just about everyone who cares about the Grammys is expecting to hear this time next week. Much like last year where Eminem was the favourite to win due to his huge success in the previous year, Adele would have earned the nomination here based purely on sales. That said, 21 was just a bit more successful than Recovery was, about 2.4 million copies more successful in the US alone. 3 number 1 singles later it’s still on top of the charts across the world, with 20 weeks and counting atop the UK charts in just over a year following its release. But surely sales shouldn’t be the deciding factor in picking an overall winner? Most people will have read my article about Adele or noticed a lack of 21 on my top 25 albums of 2011, that said it’s still a great album.It’s honest, personal, epic in places and stark in others. Someone Like You, Set Fire To The Rain and Rolling In the Deep especially have become 3 iconic UK anthems, and there’s no denying Adele is probably the most talented singer currently recording. As a Brit, I’m completely happy with Adele flying the flag for us across the world, if people think all Brits are that talented then that’s a huge compliment. I still don’t feel the same connection to 21 and Adele as some people, whether that’s because I haven’t gone through the things she mentions or I need a bit more from the production in the music I listen to. What I have to say is that for one album to nearly single handedly save the music industry from collapsing in on itself, 21 is by far the most deserving album nominated for the award, and would make an extremely worthy winner.

Essential Track – Rolling In The Deep 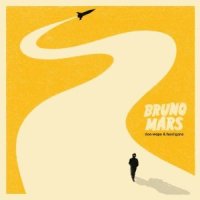 One of two albums here released in 2010, Bruno Mars gets a spot here for his continued success well into 2011. Garnering nominations in two of the other Big 4 this year, it’s obvious that Grammy voters have a soft spot for the singer. The album itself sets up Bruno’s style brilliantly, he moves between reggae tinged pop to sweeping RnB ballads with ease, hooking up with previous collaborators Cee-Lo and B.O.B. as well as Damien Marley for two of the albums best tracks. The Cee-Lo track in particular ends the album in spectacular fashion, the experimental production and vocal pushing Mars into territory I didn’t think was possible. That said, the true star here is debut single Just The Way You Are (Amazing), one of the best track of 2010 and still a brilliantly simple love song. Grenade may be up for the big awards this year, but personally it doesn’t come close to the magic of Amazing. A great way to kick off a career, it may not be worthy of a win at this year’s show, but this is a well deserved nomination for the current reigning king of the charts.

Essential Track – Just The Way You Are (Amazing) 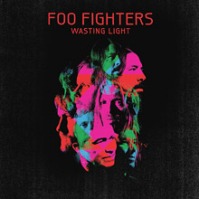 The only album here I hadn’t heard before, Foo Fighters are the only Rock group up for this year’s top honours. I have a lot of friends who speak highly of Foo Fighters, one of the few pure Rock groups left in the charts. They know that the pressure is on here, stripping things back to the days of analog, and recording the whole album ‘live’. You can hear it both in the music and the vocals of lead singer Dave Grohl, which see him delivering both brilliant melodies and roaring moments of noise. As most people can guess, Rock music isn’t my genre of choice, as guitar music goes, I prefer the Indie/Alternative side of things, or something more experimental like Sleigh Bells. That said, I didn’t enjoy songs on Wasting Light, I remembered enjoying Rope back when it was a single anyway, so hearing it in context was great. It’s obvious that there are Grammy voters edging towards genres like this, just look at Arcade Fire’s win at last year’s show, so the Foos could be in with a shot. I can personally think of at least 5 other albums who would have deserved a nomination here instead, but for Rock fans, they should be proud to be represented by Wasting Light.

I wrote a lot about the virtues of Born This Way in my 2011 albums list, which GaGa topped in fact, so I will keep it brief here. No other Pop act strives for perfection like GaGa does, and while Born This Way certainly isn’t perfect, you can hear the work she’s put into each of its 14 tracks. Marry The Night features the best music she’s ever made, while Bloody Mary and Heavy Metal Lover are so much more than the standard pop/dance making up most of the charts in 2012. As ridiculous as it is brilliant, there’s a reason GaGa has a received a nomination 3 years on the run. Born This Way is the most deserving of any of her albums so far, showcasing one of only a few artists who isn’t afraid to push herself to the limit for her ‘art’. 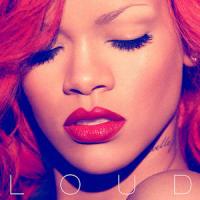 The most surprising nomination on the list for me, I had predicted a Kanye/Taylor face off with GaGa, Bruno and Adele, but The Foos and RiRi really surprised me. Released back in 2010, Loud is the nominee I’ve heard the most, 3 of its tracks with around 150 listens each. Those 3 tracks are massive songs though, S&M, Only Girl and the best of them all What’s My Name, probably my favourite song on any of these 5 albums. Loud is this year’s Teenage Dream, where Katy got a nomination last year for literally owning the top spot on the singles chart. Ironically she continued to own with Teenage Dream, no fewer than 6 songs reaching the top spot on a Billboard chart, while Rihanna released yet another album, the disappointing Talk That Talk. Loud may not be her best album, but in late 2010 and throughout 2011 Rihanna was in charge of the music industry, how many artists can claim such an impeccable track record of hits, scoring her 10th and 11th Billboard Hot 100 number 1’s last year. Well worthy of a nomination, though much like Katy last year, her prize is the nomination, rather than a shot at the main prize.

So there we have it, all 5 albums, with none unworthy of a nomination. I think that Bruno and Rihanna don’t have much of a chance, despite their respective success in 2011. The Foo Fighters are an unknown quantity and it really does depend how much the ‘pop voters’ are split between the other 4 albums to how effective the Rock voters are. That leaves two albums, both of which deserve the award. When I sat down to write this article I thought I had already decided in my head that GaGa was the only choice for me to win the award. while I am still rooting for her, by the time I wrote the section about 21 (The last I wrote) my opinion had switched. Adele sold more copies of 21 in 2011 than any other artist has ever sold in a single calender year. That’s crazy, and everything about the album campaign has been crafted to perfection. The album may not hold a candle to Born This Way in my eyes, but after weighing up the reasons, I have to go with Adele. Her success is legendary, and for her to become such an important modern music icon on a second album is just incredible.

Like last year here are my picks for the order of who deserves to win the award on the night, and the predictions for who has the best chance.

I’ll be covering the rest of the Big 4 in the week and be sure to check my round-up following the show next week.