Deep Cuts is a blog series where I pick out an often forgotten track from each one of an artist’s studio albums and take a look at why I personally like it so much. Each act gets an additional Bonus Track that can be from anywhere else in their discography, but if a song was released as a single it is ineligible for the series. 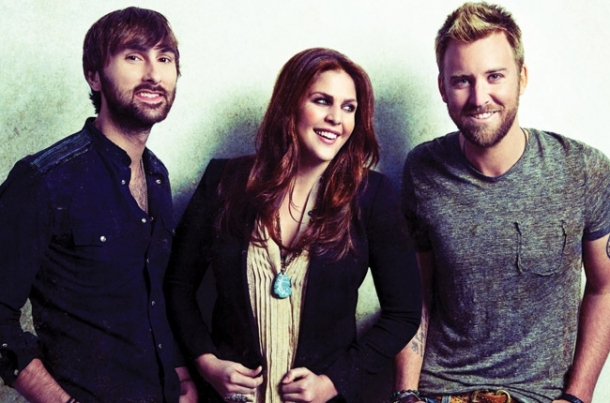 This is a slice of pure uptempo summer country goodness. A little bit of funk guitar and chorus that’s so damn catchy you’d be hard pressed to find a more likable album track on the group’s debut album. I find it interesting that this sort of song would fit perfectly on 747, despite the overall big changes in their sound over the years.

When You Got A Good Thing – Need You Now

By far the band’s most successful album, earning a bunch of Grammy awards in the process, Need You Now was my first introduction to Lady A. Early on, I hadn’t really given When You Got A Good Thing enough of my time, but over the years this song has taken over as one of my favourites from the group. It starts off like the last song at the prom, before expanding into the sort of soaring ballad that the group do so well. The ‘Woah’ bit in the middle 8 is especially epic, while the group’s tight harmonies help make this one of the high points of their career so far.

When You Were Mine – Own The Night

Around the time Own The Night was released I considered myself a Lady Antebellum ‘fan’ for the first time and When You Were Mine was an early favourite of mine. One thing that Lady A do that I adore is when they take a typical song of theirs and 3 minutes in take it to a whole new place. Even just extending past that final chorus like they do on huge hit I Run To You pushes their songs beyond the typical Country radio records, but When You Were Mine is the pinnacle. The final section sees lead vocals switch over from Hilary to Charles while the song slows right down.

All For Love – Golden

Golden was a transitional album for Lady Antebellum. They obviously wanted to begin the move away from the ballads they had become known for, delivering songs like Downtown and Compass that could get the crowd going on tour.  The ballads that did make the cut are undoubtedly some of their best though, especially All For Love. A breakup seen from both sides, Charles and Hilary bring this raw emotion that elevates this past just about anything else on the record.Hilary owns every second she sings here, it’s probably the strongest vocal performance of her career.

Probably not the most obvious track to pick from the group’s latest album, Down South was definitely a grower for me. It’s pure country at heart, a little bit quaint, but sweet from start to finish. The closest thing to American Honey they’ve released since, Hilary’s voice soars, while the harmonies give you that feeling of ‘being home’ I love so much. Much like When You Were Mine, the song manages to keep on giving more and more, even well after the final proper chorus. It’s a joyous record.

For a song that builds it’s entire chorus around the names of the group’s favourite country songs, And The Radio Played remains one of the groups catchiest tracks. Name-checking hits from the likes of Shania, Jason Aldean, Lee Ann Womack and Elvis, it’s a nostalgic trip through the songs they’ve grown up with that sounds nostalgic itself. It’s just a really really lovely song, something that Lady A know how to pull off.