100 Plays Later is a series that is exactly how it sounds. I try to explain how I’ve managed to reach a century of plays on songs you may not even recognise. Or explain what it’s like to listen back to my favourite songs for the 238th time. 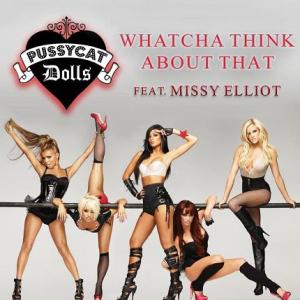 I had two other songs in mind for the first post in this series, both of which I’ll cover in due time, but after rumours began to surface about a certain 00s girl group reuniting I had to mention this song. It’s far from my favourite Pussycat Dolls song, in fact on first listen of the album version I gave it a 4* rating on my iTunes ,the harshest critique I could bestow on a song back in 2008, but it’s managed to find itself with well over 100 plays. After well under performing in late 2008, the song miraculously became a top 10 hit here in the UK, this unexpected hit going a long way to me listening to it so much in the year that followed.

The Urban Club Remix that’s managed it isn’t really that different to the original either, but it beefs up the backing track to the point where the chorus feels like a proper event. Missy appears for an enjoyable few seconds, but there’s just something about the song as a whole that had me obsessed for a good few months. We can all agree that the best PCD records are the ones that feature Melody wailing over the top of the final chorus and the final ‘BABAAYYYY’s are brilliant insane. Whatcha Think About That is the sort of song you’d never expect to be memorable at all, but somehow it managed to become one of my all time most played songs. Just don’t be expecting them to ever perform this if they do get back together.