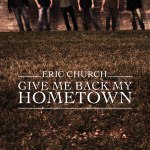 20) Give Me Back My Hometown – Eric Church

Give Me Back My Hometown is undoubtedly the best country song of the year. It takes a few minutes to properly get going, but you’ll be thankful for the build up once that chorus hits you. Stomps, hand claps and epic chants of ‘Yeah’ you don’t have to like Country music to understand why this song is a standout for the year. The middle 8 is so full of pain and angst; this is definitely the performance of Eric Church’s career. I love this song. 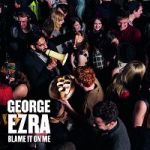 If I was going to say that a George Ezra song was in my top 40, you might think it would be his breakout hit Budapest. I do like that song, but it was on hearing Blame It On Me that I truly got what the deal was with him. The vocal is unlike anything currently on the radio, an old timey, bassy but powerful tone that you’d be hard to find in the UK scene. There’s so much soul in Ezra’s performance here, the distant vocal production giving it a rawness you won’t find anywhere else on this list. The layers that make up Blame It On Me are incredible, every listen you discover something new hidden underneath that soulful voice. 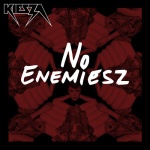 In a year where the chart did away with choruses (See Dark Horse for the best example of this) one act was queen. Some may say that No Enemiesz is a pure retread of Kiesza’s debut hit, which may also appear somewhere on this list, but for me personally I couldn’t care less. I want  all of my dance breaks to begin with an ‘Awooo’ as good as the one here. To fully understand No Enemiesz though I think you need to watch Kiesza perform it live, the best new dancer in the industry since Ciara 10 years ago? Probably. 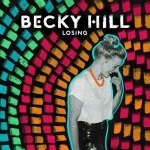 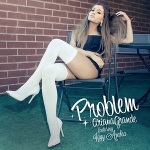 I wish someone who could perform had released Problem, because it’s a banging tune. This is also the one and only moment that Iggy Azalea manages to be…a decent rapper? Maybe not, but whoever did write this verse deserves an A+ for making her sound like she has some flow in one of the year’s best verses. 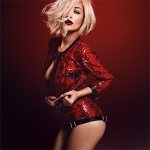 Calvin+Rita= Pop Gold. Sadly we won’t get to see the ‘sequel’ to I Will Never Let You Down as this relationship was more than just some casual kissing in the music video (I’m looking at you Ellie). It’s sad that Rita won’t perform another Calvin Harris song mainly because I Will Never Let You Down is an incredible pop song. I wasn’t sold on her debut album, but the moment I heard that chorus for the first time I knew Rita did deserve more than the Rihanna cast offs she was used to singing. This could be the start of something big for her, despite it being released 9 months ago with no follow up in sight. 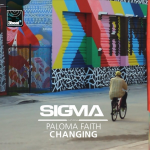 Sigma may have hit the scene with a bang by sampling Kanye West’s Bound 2 on Nobody To Love, but no one could have expected such a monumental hit to be the follow up. Changing did for Paloma Faith what Sweet Nothing did for Florence Welch, that is to say gave hr a massive number 1 smash that sounds exactly like a number 1 smash. You knew the moment you heard Changing that it would be #1 a few months later, the ‘Oh oh oh oh’ bit especially sounding incredible on each and every play. Paloma’s vocals are suitably epic too, enough madness behind those high notes to make Changing one of the most exciting things 2014 had to offer. 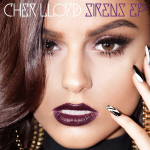 Oh Cher Lloyd. You deserved so much better in 2014. Not only did you release one of the best albums of the year, you delivered one of the best songs ever release by an X Factor act. Sirens is so emotional and Cher’s vocal performance is insane, who even knew she had a song like this in her? It’s a turning point in a career of an artist who is delivering on early promise. Given the huge success of Ghost by Ella Henderson surely the British public loved Sirens? Not quite, it stalled at the worst chart position of them all, number 41. 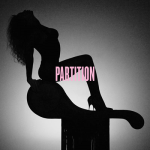 ‘Driver roll up the partition please, I don’t need you seeing Yoncé on her knees’. The moment I first heard that line I knew that this wasn’t the same girl who was Crazy In Love. Yoncé/Partition as the single should be called is by far the best track on Beyoncé’s self titled album, it represents everything she was trying to do with that album. It’s shocking, it’s dirty, it’s sexy, but throughout it all Beyoncé is in full control. Watching her perform this song live, chair dance and all, is an experience I will never forget. 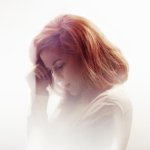 I really like Katy B. I have done ever since her breakout hit Katy On a Mission became the anthem of my first year of uni. She blends that line between grungy dub dance music and pop perfectly. Crying For No Reason is a different beast altogether, a stark, emotional electro ballad. The Robyn comparisons are obvious, pretty much all this song is missing is an energetic Swedish lady throwing some shapes to be Dancing On My Own 2. The way Katy belts her way through that final chorus is amazing, making Crying For No Reason one of the year’s best pop songs.