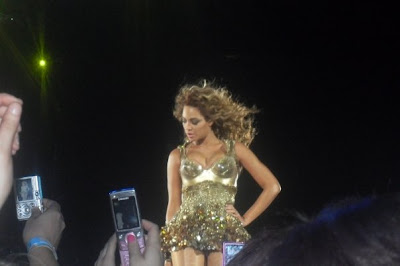 As many readers will know, I enjoy going to see artists in concert. From way back when I was 9 and saw Steps ‘live’ at the M.E.N. Arena to last December when I saw Ke$ha in London, I’m always looking forward to at least one gig.

Right now I have 4 concerts ahead of me. Though I have both Rihanna and Katy Perry tours in October, and Take That’s concert in June, my main focus right now is on the Robyn gig happening a week today. I have been a Robyn fan ever since I bought her eponymous 4th album on a whim, not really knowing what she was all about. She’s the best artist making Pop music right now, and her concerts are known as being the best dance party you can ever get a ticket to. 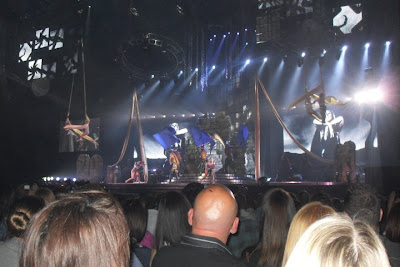 I have a routine once I know I’m going to see someone live, knowing the lyrics is vital. I remember back to the first time I saw Lady GaGa, at the time supporting Ne-Yo and the Pussycat Dolls on the week The Fame was released. By the night of the concert, I knew all the lyrics to her songs, probably being the only person in the room to have actually heard Poker Face at that point, it just wouldn’t have been the same otherwise. For me, I would find it slightly difficult to enjoy seeing the ‘Big names’ in music without knowing the words to their songs, or at least being familiar with their music.

My Jay-Z Concert was a prime example of this. I just couldn’t have gone there without a year of listening to his whole music catalogue, the effect of certain songs, like album track U Don’t Know or Jigga fan favourite Public Service Announcement, would have been completely wasted on me. I’d have enjoyed Empire State of Mind just the same, but without that feeling of hearing that obscure album track you know and love, and being with people who feel the same way about it is priceless. 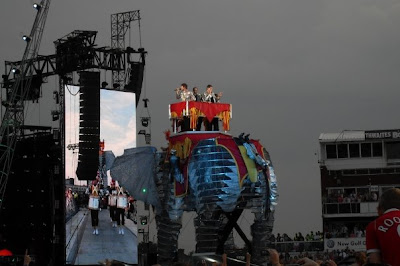 I always listen to whoever I am seeing next the most. Right now, I’ve been listening to Robyn just about every day for the past 2 months, my excitement reaching fever pitch knowing that this time next week I’ll be in Manchester for the concert. Unlike most concerts, where I avoid setlists and stage layouts until I actually see it, this time it’s not that sort of concert. I know exactly which songs she will perform, the order chosen on the night, and the stage isn’t important at a Robyn gig, even if the crazy dance moves she does on it is. Hearing Be Mine and Dancing On My Own live is sure to make me emotional, and if she dares to do The Girl and The Robot, it could well be the best gig I’ve ever seen.

I’m a huge fan of concerts, so expect some more blog posts related to it in the future, including a list (what did you expect) of the best gigs I’ve ever attended.

One thought on “Preparing for a Concert.”