Only just making it onto the list with strong competition from the likes of Deadwood, The Walking Dead and Friends, the second season of the vampire show makes it onto this list based purely on Michelle Forbes incredible stint as crazed Maenad Mary-Ann. Everything that makes the show a thrill to watch is present here, from Jason’s time at the Vampire hating Fellowship of the Sun bible camp to Sookie and Bill’s trip to Dallas, Season 2 made sure True Blood wasn’t a one off hit.

Not the typical sort of show to pick a certain Season from, Six Feet Under’s closing run was by far it’s best. As final season’s go, it’s the best I’ve ever watched. I cried from start to finish in the last 3 episodes of the run, for reasons I can;t spoil here, and when a TV programme is that affecting on me, I know I’ve struck gold. Peter Krause delivers a stunning performance as Nate, as he does throughout the other seasons, while the rest of the stellar cast prove for the fifth time why Six Feet Under may well have the best ensemble cast to last an entire TV show run. Two Alan Ball created shows in a row, could he appear again?

Arguably the most important show of the noughties, Lost Season 1 paved the way for a series that would become synonymous with confusion, ridiculous questions and downright great TV. I’ve gone for the opening for my number 8 pick as it’s introduction to the diverse passengers of Oceanic flight 815, and the subtle questions teased in a way that no other season of the show managed to retain makes it a must see TV season.

When my brother got me to watch Battlestar Galactica, I was sceptical if I would enjoy it. After Season 1, I was definitely enjoying it, but by the end of the second season I was sold more than I ever thought I would be. With established characters, and writers willing to take the series in a shockingly dark direction it made for the definitive Sci-Fi Tv show’s best series. Michelle Forbes appearing for 2 episodes to steal the limelight as the captain of the Pegasus didn’t harm the season either.

The second entry in the list for Lost, and the season I enjoyed more than any other. My favourite characters in the show, Richard Alpert, Desmond and Daniel Faraday are the central focus of Season 5, Daniel’s contribution making Lost a true Sci-Fi show, fixing the issues I had with S2 and 3. The Time Travel element may have troubled those who enjoy the more cryptic episodes of the show, but for me, Lost was at it’s best with the Season 5 cast and their journey through time on the island.

Unlike Battlestar, I was already sold on Dexter mere minutes into the first season. When the first episode of Season 2 came to a close and you realised that Dexter’s enemy this time round is his own past. Seeing a decade of bodies make their way onto the land, and investigating the murders he committed himself makes Season 2 a memorable moment for Dexter. The show is always top notch, but the second year will always be a favourite of mine.

The only UK programme to make it onto the list, many will be surprised to see this Doctor Who spin off ranked so highly by me. At just 5 episodes long BBC1 aired it across a week, which made it incredibly immediate and terrifying. The idea of all of the children in the world suddenly freezing on the spot may be horrific, but it isn’t ridiculous. Such a simple idea makes Torchwood Season 3 eclipse anything the show it originated from. The Thursday night episode provided the most dramatic, and emotional moment prime time UK TV has seen in a long long time.

24 was bound to make an appearance on this list. And anyone who has watched the show from start to end will understand why Season 5 is my pick here. With all of the ‘classic’ CTU agents, from Chloe to Audrey to Edgar, it was President Charles Logan who made Season 5 the most thrilling day of Jack Bauer’s life yet. The most corrupt, sickening but engrossing President to appear in 24, he was allowed to just get on with making 24 brilliant again, without Kim Bauer interrupting the action every 5 minutes for one of her ‘misadventures’. Season 5 is incredible, from start to end and defines everything that makes 24 such an amazing TV Show. 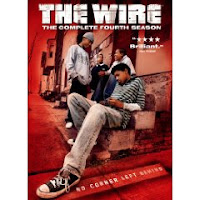 The Wire narrowly missed out on entering at the number 10 spot, but Season 4 of what many regard as the ‘Best TV Show Ever’ deserves it’s runner up position. Each season of The Wire proves that ‘the system’ doesn’t work, whether that be the shipping yards, the newspapers, the police departments or in this Season’s case the education system. Pryzbylewski’s stint as a teacher adds a whole new dimension to the show while the repercussions of Season 3 for Avon Barksdale echo across the whole Season. The Wire is a must see TV show and the Fourth season is far and away the strongest.

Dexter is phenomenal, all of the time. season 4 however is even better than the show usually is, mainly due to John Lithgow’s impeccable performance as the Trinity Killer. As fully developed in the 12 episodes here as Dexter had been in the 3 Season’s prior, seeing two characters so similar interact adds incredible depth to an already ethically complicated show. The way the season ends is guaranteed to make me cry each and every time i see it, and if I had to pick one TV show season to watch this would be it. Dexter is essential viewing and worth watching if only to experience Season 4.