Next batch of Brit Award nominees. Less awards to choose this time round, but still as many tough decisions and baffling omissions from the nominees. 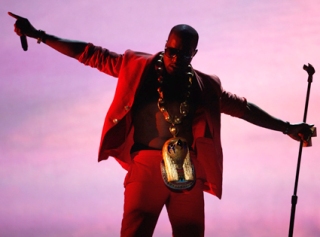 A definite two horse race here, there’s one deserving winner, and one who isn’t. Eminem and Kanye West have both received this award three times before so whoever wins this will overtake the other. One had a huge selling album in the UK that spent weeks atop the chart, with the biggest selling song of the year buried in the tracklist. The other may not have had the same commercial success over here, in fact being his lowest charting album and lead single to date, but the album was undoubtedly a modern classic. I think Em will get this, but if the voters actually think about their vote, they’ll pick the true star of 2010. I’d rather see Cee-Lo score it for Forget You than Eminem if that fails though.

This is by far the toughest category for me to choose from as all 5 of these artists are up there with my favourites and have had an amazing 2010. The one I suspect will take it is my least favourite though, Katy Perry looking like a shoe-in for the award as she’s the only one nominated for album as well (something definitely wrong there as she has the worst album of the bunch). Robyn getting a nomination was enough to make me happy, as I know voters won’t go with her in the end. Kylie’s album was great, but based purely on the year she has had, Rihanna has to win this. Both her and Alicia Keys have been nominated multiple times and never won, but the fact she’s performing is a good sign after all. Defo RiRi or Katy, but I’m hoping for voters to remember how big Rihanna was last year. 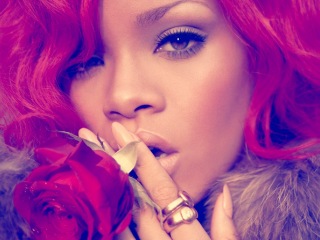 I am a huge fan of The Black Eyed Peas, and thought this award was theirs last year. The Brits team decided to omit the award in 2010 though, and so the group were forced to go up against GaGa in the album category, which would never end well. A year on, the category is back, but my view on the group could not have changed more. The Time (Dirty Bit) may be a fun song, but their album is hardly worth a listen, meaning I must look elsewhere for my winner in the category. Arcade Fire are the obvious choice, with one of the most critically acclaimed releases of the year, while Kings of Leon could snatch their second win in the category. BEP will probably win it on the night though.

I was ready to see Drake or Nicki Minaj being handed this award come February. but the fact neither of them are nominees in this category is ridiculous. It’s even worse when Glee Cast qualify for a nomination, who is that award going to exactly? The people who wrote the songs they’ve killed on the show? The people who autotune the vocals? Journey? Thank God Bruno Mars was able to be nominated despite only releasing his album this week, otherwise we may have had the choice between Glee and Beiber! Ke$ha’s absence is very very surprising too so Bruno surely has this in the bag? Please…

Okay so this award should go to Kanye West or Robyn. Rihanna at a stretch, but none of these artists have a chance. The fact that Kanye isn’t in here and Katy Perry is so confusing. Can voters honestly say that Teenage Dream is a better album than Dark Fantasy? Outside of that, despite some strong competition from Arcade Fire, Cee-Lo Green and Kings of Leon, Eminem has this one secured. Recovery is a great album too, let’s hope he doesn’t win both this an Male though. 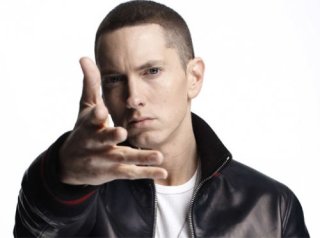