Everything Now is the best ‘single’ of Arcade Fire’s career. I say this not just because it works much better as a song than the album of the same name works as an album, but because it captures the eclectic atmosphere that has followed the band across the world. Part Abba pop hit, part Chic disco anthem, part Bowie sprawling sound; it’s so distinctively Arcade Fire in its eccentricity throughout. Every moment sees something new come into view, whether it’s the choral chant of ‘La La La’s echoing around a glorious string section, or the pan pipes appearing for what sounds like a medieval square dance; it’s a song that manages to pull from so many inspirations and yet sound like nothing I’ve ever heard before. For a song that talks ironically about needing everything, this is a prime example of how a load of things can actually come together pretty well.

Have 5 seconds of music ever explained more about a band’s new direction that the opening blare of brass followed by house bassline that opens Dangerous. I still get the same feeling now as I did the very first time I heard it, it’s breaking down the wall between the dance world of Jamie xx and the quiet minimalism of Oliver and Romy. As soon as Oliver’s silky voice appears the song takes on this dissonant quality, it’s thrilling the way the melody and production intertwine without ever quite reaching a middle ground. This has been building inside the band on tracks like Swept Away or Fiction for years, but on Dangerous there’s no holding back and the results are so exciting. There’s a driving purpose and energy we didn’t even see on Jamie xx’s In Colour album here, where The xx once again create a sound unlike anyone else in the industry. 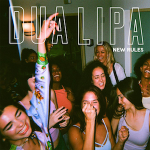 I don’t think I’ve been more shocked, excited and delighted by the crowning of a #1 single in the last few years than I was when Dua Lipa took the longest route possible to claiming her first (of many I’m sure). Well over 2 years of promo singles, featured hits, teases of an album, delays to said album and hugely late radio success for Be The One made it difficult to know whether there would ever be that song that would catapult Dua Lipa into a household name. New Rules not only does that, this is as danceable and hook heavy as any of her previous songs, but through genius lyrical moments like ‘If you’re under him, you ain’t getting over him’ it pushes the song and Dua herself to the top of the pile of emerging UK acts. An anthem that was the years most deserving #1 hit. 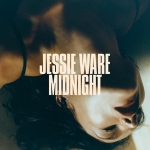 The vocal performance of Jessie Ware’s career, Midnight became my favourite single of her’s as soon as I heard the first ‘oohhh yeaah’ on the chorus. Emotive, passionate and other worldly at times, even as a huge fan, I could never have imagined her delivering a song with this much soul. An outstanding record. 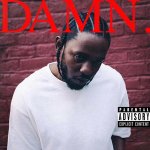 I could write any lyric from DNA here and it would explain the genius of this song. This isn’t a ‘put the industry to rights’ song, it’s not a call out racism record, it’s not even a political anthem. DNA is Kendrick Lamar. It’s a song that can only make sense in context; the context of the album, the context of the Black Lives Matter movement, the context of his protest song Alright or the context of the world we live in in 2017. DNA simply would not exist, and would not have the power it does without everything surrounding it. The effect of including the Fox News broadcasted response to his BET performance of Alright, ‘this is why I say that hip-hop has done more damage to young African Americans that racism in recent years’ cannot be understated. sending the song into a crazed response from Lamar where he’s seemingly fighting away both the ridiculous statement but also the beat he’s rapping on itself. It creates this wall of sound between Kendrick and the listener, I find myself having to really focus to hear the incredible lines he’s coming out with. It’s a true masterwork of how a singular rap song can have such a profound effect on the listener and is far and away my favourite song that Kendrick has recorded. 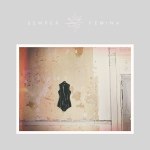 Since when was Laura Marling so smooth? Wild Fire brings this whole new soulful edge to Marling’s music that caught even a huge fan like me off guard. Of course, her usual wit and honesty can be found on the knockout lyric ‘You always say you love me most when I don’t know that I’m being seen/maybe some day when god takes me away I’ll understand what the fuck that means’ but it’s the way the song breathes its way to be bigger and bigger that makes each chorus come with more and more anticipation. It’s a song that doesn’t have the same bells and whistles that everything else in this top 10 has. In fact it’s one of Laura Marling’s more effortless songs. It blew me away on first listen though and continues to surprise me even now.

I saw so many people baffled by the seemingly strange change of direction for Calvin Harris when the impossibly infectious Slide was first released. Calvin has been music like this for years, take a listen to the tremendous Thinking About You if you don’t believe me, but there’s something about the melting pot of Frank Ocean, Calvin and Migos that makes it such a unique record. Everyone contributes things you wouldn’t expect, Frank harmonises with about 6 versions of himself, while Migos only start rapping once Offset opens an amped up final verse with ‘Good Gracious’. It comes together to feel organic though, which is bonkers considering that this is a completely ‘electronic’ layered sound. Calvin Harris is the master of making incredibly detailed and painstaking music sound easy though and Slide ends up being the standout collaboration of the year.

You know something big is coming as soon as Green Light starts. The vocal begins instantly; there’s a brief tease of drums here and there; ‘Those great whites they have big teeth’; backing vocals kick in; the keyboard and bassline arrives; gets louder and louder; ‘I’M WAITING FOR IT THAT GREEN LIGHT I WANT IT’. Can you imagine if after all that ground work Lorde had just stuck an instrumental hook on and called it quits? Green Light never lets me down. It is a HUGE song by a star who has steadily built up a career to be able to deliver a song as HUGE as this. Spectacular.

2) Big For Your Boots – Stormzy

I remember being sat in bed, at around half past midnight when someone posted the video for Big For Your Boots on Twitter. The buzz around Stormzy was building, reaching fever pitch and I went in not knowing what to expect as the true follow up to Shut Up. I still don’t think I have recovered. The confidence and the audacity to even dare to release a song like Big Your Your Boots was so unexpected. Here is a grime artist who just released a song that has worldwide appeal with the confidence of a star 10 years his senior and from the other side of the world. The joy I felt as each verse came was enough to know that this was a song that might well be my favourite of the year. Moments like ‘I’ve got grown men @’ing me bullshit, you;’re getting way too old for the timeline’ or even the killer shoutout of ‘I was in the O2 singing my lungs out rude boy you’re never big for Adele’. It’s a self aware diss track, where a brag like ‘Gotta keep trophies down at my Mum’s bit, man I’ getting way to big for my shelf’ is releateable in a way you’d never expect from Stormzy. Big For Your Boots may have an incredible production behind it, Fraser T Smith delivering some of his career best work here, but it’s Stormzy’s genuine confidence that makes this a modern classic. Grime music’s ‘Neo’ very nearly had my favourite song of the year.

No song released in 2017 makes me feel as much as Praying does. I was very torn between all 3 of the top songs here for very different reasons. In the end I couldn’t deny the fact that the return of Kesha, with the most emotional, personal and best song of her career was the high point of the year. Praying is poised; it’s not filled with anger, or hatred the overriding emotion is forgiveness and you feel the gravity of the situation in every word Kesha sings. ‘Oh but after everything you’ve done/I can thank you for how strong I have become’ brings the context into central view as soon as the song begins, but it’s the strength behind ‘When I’m finished, they won’t even know your name’ that effects me the most. There’s a rawness to the performance here we have never heard from Kesha before. The almighty note that signals the final cry of the song is more a scream of frustration than a show off moment. Praying is triumphant, inspirational and bitterly heartbreaking. This year I just couldn’t go with thinking technically when deciding what was the best, I had to go with my gut and my heart and no son or performance made me feel as strongly as Kesha does with Praying.