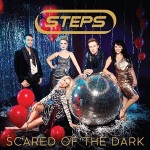 Imagine if all turn of the millenium pop acts could make the tremendous return that Steps did in 2017. Scared of the Dark isn’t an overt attempt to follow the year’s trends, nor is it the mere nostalgia cash-in that usually accompanies pop acts like Steps. Instead, it’s a soaring Eurovision ready banger that sounds even better because of the act it is from. And it gave them their first top 40 hit in over a decade! 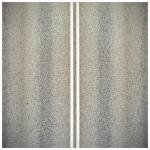 Body Like A Back Road is objectively a terrible song. The even more sleazy brother to Bro-Country’s crowing jewel Cruise by Florida Georgia Line, it should be one of the worst country records of the year. Thanks in part to the always top notch songwriting from Shane Macanally and co this instead becomes one of the year’s easiest tracks to enjoy. Sam’s laid back delivery is enough to push the song into the huge crossover appeal he’s had from the start. Sam Hunt delivering one of the best pop hooks of the year? I’m not that surprised. 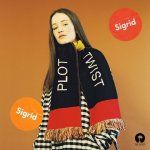 The ‘SHOTS FIRED’ bit of Plot Twist is so frantically shouted that you wonder if Sigrid is even in control of her performance here. The whole song has this thrilling energy to it that captures Sigrid’s live stage presence effortlessly. It’s a song that keeps on giving, with lyrics and vocals twisted every which way before one final explosion of the hook. There’s so much depth here and it’s surely just the start for one of the year’s most exciting new talents. 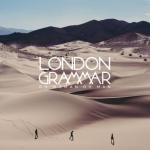 There was something with London Grammar’s long awaited second album that wasn’t gripping me. That was until I heard Oh Woman Oh Man, a swirling blend of melancholy and expansive sounds. Everything is pushed to the outer reaches, with Hannah’s voice soaring like never before and the smallness we heard on previous singles Hey Now and Strong replaced by sweeping guitar. One of my favourite vocal performances of the year. 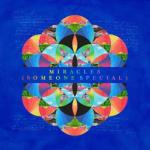 I spent much of the build up to Coldplay’s Kaleidoscope EP convinced that this song was simply going to be a remix to the soundtrack track Miracles from 2 years back. When I discovered it was one of the most interesting records from the band in year’s it was a welcome surprise. Big Sean delivers a standout verse here, it’s genuinely inspirational and aspirational without sounding conceited. The knockout chorus is brilliantly simple in a way that some of the songs on previous album A Head Full Of Dreams seemed to miss. Miracles (Someone Special) was underrated gem this year. 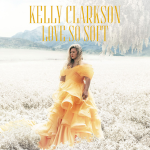 When Kelly Clarkson first announced her split from the record label that had managed her career since American Idol she teased that her new album would be a stark departure from her previous work. Love So Soft didn’t sound like this at first, but on every listen you can hear a voice that we have never heard from Kelly before. There was always soul, but on this brassy stormer she eases into each lyric. This is no belting pop hit, the fact that the amazingly ridiculous note at the end of middle 8 catches me off guard every time is a testament to the performance here. Kelly has never sounded so effortless. 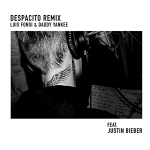 Another year where I actually quite like one of the most inescapable worldwide hits. Some may balk at the thought of the ‘pop goes Spanish’ format that has followed, but the biggest thing that Despacito brought back to the charts this year is obvious, undeniable and impossibly danceable rhythm. Latin music is designed for one thing and one thing only, to get you moving and Despacito brought an raw earthiness back to dance music. You truly feel the rhythm on the year’s most surprising hit and fighting it is pointless. 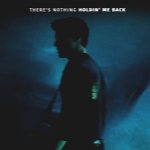 33) There’s Nothing Holding Me Back – Shawn Mendes

Can you imagine if one of the guys from One Direction was releasing music as solid as Shawn Mendes has over the last 2 years? There’s Nothing Holding Me Back is by far his best track yet, it’s a driving record that hardly ever lets up. Everything from the thudding hand claps across the hook, to the cracks in his voice as Shawn gives it everything gives this a thrilling quality. It’s great to hear a young guy properly go for it on a song in an era where it’s so easy to just ride out the wave of looking young, cute and pretty. 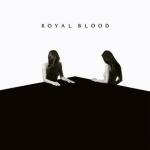 2017 is the first time I can remember where I have worked somewhere that has radio playing throughout the day. Royal Blood find themselves here thanks in large part to a 2 month period when Absolute Radio was the station of choice and every time Lights Out was played my ears would prick up. It’s a massive sound that these two guys can create but the lack of too much going on is what makes a song like Lights Out stand out so much. It’s the brie catches of silence in between each ‘Yeaaaaaah’ that make the next just as satisfying, while the riffs are sparse enough that the melody is able to seep through. Lights Out is a brilliant stand alone rock record. 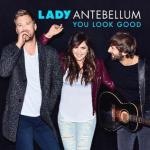 The least shocking thing about my listening habits in 2017 was that yet again, Lady Antebellum laid claim to my most listened song of the year. What is surprising is the brassy funkiness on display on You Look Good which sees the trio attempting to capture the party vibe that brought the group together in the first place. The sort of record that Charles Kelley has been trying to get the band to sing for years, it captures the fun dynamic the group has perfectly. Hillary is in full sass mode on the line ‘they need to know that your body’s coming with me tonight’, Lady A have never sounded like they are having as much fun as they do on You Look Good.