Can Drake and Rihanna release a collaboration album already? Too Good is a kiss off record that’s as steamy as it is danceable. More of this please guys. 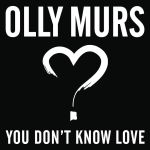 The songs from Bon Iver’s 3rd studio release 22, A Million work much better as part of an album than individually, but 33 “GOD” found a spot on my ongoing ‘Tunes’ playlist for a few months. It’s the sort of song that sounds terrible through bad speakers and phenomenal in great headphones. There’s a thrashing quality to everything, vocoder led vocals fighting with piercing choral noises. It’s instantly accessible and yet impossible to decipher once everything crashes together. Exactly my sort of Bon Iver track.

Following last year’s incredible solo debut from Jamie xx I was intrigued to see how he would incorporate some of the dance vibes he honed on In Colour into The xx’s next full album? On Hold answers this perfectly, straddling the lines between all prior work from the group. Romy and Oliver have never sounded this confident on record, On Hold somehow manages to capture that electric atmosphere that The xx when performing live. It’s still instantly recognisable as them too.

In 2016 Karen Fairchild is possibly country music’s most emotive performer. Following last year’s unexpected sensation Girl Crush, Better Man may at first appear a much more straightforward country hit; it’s even written by Taylor Swift. It isn’t that simple though and features some genius pieces of songwriting, ‘I hold onto this pride because these days it’s all I have’ is a favourite lyric of mine. The vocal performance from Little Big Town takes it to another level though, the harmonies are sumptious and there’s genuine emotion throughout Karen’s performance. Little Big Town are fast becoming one of my all time favourite groups.

Kelly Clarkson performing Piece by Piece on American Idol is the TV performance of 2016. The original version was already an album standout, but this simple piano arrangement manages to add so much more than it strips back. Emotional is an understatement.

In retrospect, The Weeknd making music with Daft Punk is an obvious fit, but even just a few months ago it sounded ridiculous. I Feel It Coming might just be The Weeknd’s most radio friendly hit, even more so than last year’s stellar Can’t Feel My Face. It’s effortlessly funky, but has an 80s slickness to it. It’s the credits music for another killer year for music’s most unexpected commercial star and a song that’s well on its way to being a signature hit. 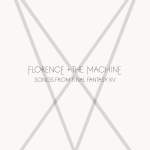 23) Too Much Is Never Enough – Florence and the Machine

Florence Welch singing an original song for the soundtrack of a Final Fantasy game I’ve literally waited a decade for? It’s one of the year’s most unexpected tie ins, but with a song a dramatic as Too Much Is Never Enough it makes total sense. Florence certainly doesn’t hold anything back here, with an epic vocal performance aided by layer upon layer of strings and crashing cymbals. For a game where subtlety isn’t top of the priorities, Too Much Is Never Enough is the perfect fit. 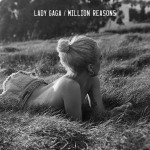 Lady Gaga + Hillary Lindsey is a collaboration I didn’t know I wanted, but one that I’ll be thankful for in years to come. Million Reasons isn’t just Gaga’s best single in 3 years, it’s the sort of career defining song that she will be performing for the next few decades. In one of Gaga’s most divisive years, at least we have this shining example of why she remains one of music’s most enthralling stars. 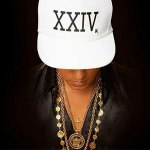 It’s no Uptown Funk, but you’re kidding yourself if you ever expected this to be. Catchy as hell and ‘We too fresh, got to blame it on Jesus, hashtag blessed’ is the year’s most ridiculous and brilliant lyric.