Song of the Year

At this point last year I very confidently predicted that the Song of the Year category would be won by one of either Can’t Feel My Face or Uptown Funk. When neither was even nominated in this category it threw off my entire set of predictions, so this year I’m trying to think much more outside the box. Of course doing that is pointless in the year of Adele vs Beyoncé where both are destined to appear across the general field.

Hello is the most obvious nominee and potential winner here. Adele’s domination of the last 12 months has been partly down to album 25, but I would argue that lead single Hello is the reason she was able to sell 3 million copies of a album in a week. It’s a performers song, with Adele’s humongous vocal sure to send it to the top of predictions in other categories, but it’s also a perfectly written song too. It grows with every listen too, with a lasting effect that sees it as the strongest competitor a whole year on from release.

Hello isn’t the only Co-Write from Greg Kurstin I’ve mentioned above and I feel like at least one of the others, Kelly Clarkson’s Piece By Piece and Sia’s Cheap Thrills will see a nomination. Sia has the advantage of being one of the biggest hits of the year, as well as standing out as an uptempo among so many ballads, but I’ve opted for Kelly instead. One emotional performance on American Idol was enough to secure Piece By Piece as one of the singer’s most iconic tracks, and could become her second ever General Field nomination. The ballad version being the most well known version could hurt the song’s chances here though.

By far my least favourite track on the above list, I’ve had to include Lukas Graham’s breakout hit 7 Years for simply being the exact sort of song that Grammy voters love. I can’t imagine them winning on the night, but at the same time a general field without 7 Years just wouldn’t seem right. It definitely wouldn’t seem right without Beyoncé either and Formation will stand out in the Song of the Year category. A triumphant celebration of black culture in a year where that means so much more than usual, it feels like a necessary inclusion following Kendrick Lamar’s last year with Alright. 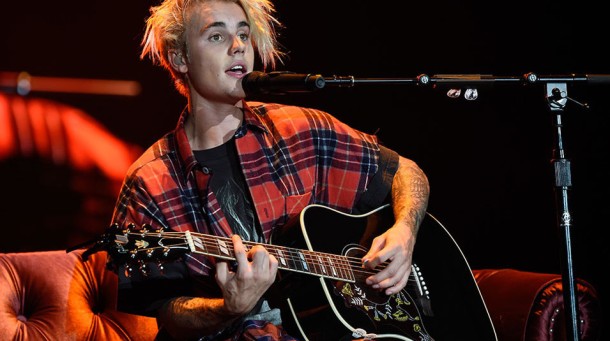 Before I deal with the final song in my main list, lets deal with some alternative choices. David Bowie is a hot favourite for all of the main categories, but something tells me that the focus will be on Album of the Year from voters. Blackstar would certain stand out here though. There’s also a distinct lack of country in my choices this year, which is unusual for Song of the Year. If the country voters rally behind a song, I’m opting for Thomas Rhett’s breakout hit Die A Happy Man, over the likes of Maren Morris’ My Church and Tim McGraw’s Humble & Kind, thanks to massive crossover success. Its striking resemblance to a certain Song of the Year winner from earlier this year might scupper the song’s chances though, especially when that songwriter is in for a shot again this year.

Justin Bieber will appear in at least one of the main 3 categories, with Song of the Year being the most likely of the three. Thanks in part to Ed Sheeran, Love Yourself is probably the strongest choice for a win here outside of Adele. A guitar led kiss off to an ex lover it screams out Grammy winner more than most of the other contenders here, especially considering the revolution in opinion on Pop’s most unavoidable act in the last 18 months. Love Yourself is guaranteed a nomination here and Bieber might even have a chance at taking home the trophy.