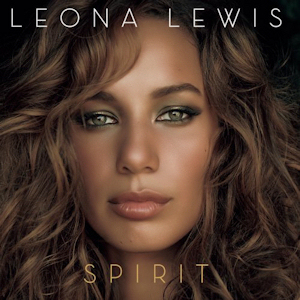 Arguably the biggest ‘genre’ of the last 2 decades, Reality TV stars have dominated the chart for years. Acts like Olly Murs, One Direction, Will Young, Girls Aloud have ruled the charts since the late 90s. You’d expect quite a few to have made their way into this list, but very few have been able to match their huge single sales numbers with albums. There is one artist though, one with a massive voice that proved that every now an again a true talent can emerge from a TV talent contest. No not SuBo, I’m not sure I’d have managed listening to a whole album of her, Leona Lewis. It’s easy to be skeptical about Leona. On X Factor she was as much of typical contestant as anyone else, belting out Whitney and Mariah ballads with gusto week in week out. Her voice was incredible, but as we’ve seen countless times on talent shows, that’s never enough. The difference on Spirit, the biggest selling debut album by any female artist in the UK, is that it’s an introduction to an artist, not a hastily thrown together bunch of karaoke covers. What better introduction than Bleeding Love a song that not only kickstarted Leona’s worldwide career, but pushed Ryan Tedder into the world dominating writer position he remains in to this day. It plays to Leona’s strengths, pure emotion and massive vocals come alive next to rolling drums, at the time it was a monumental shift in what people expected from an act like Leona. Outside of Bleeding Love, Better In Time and The Best You Never Had add lighter shades to her voice, while Homeless and Footprints In The Sand up the Mariah levels to 11. It works extremely well as an album and returning to it after a while gives me fond memories of hearing a track like Take A Bow for the first time; dark, brooding and epic all at once. The album was helped by a re-release a year later, with the brilliantly peppy Forgive Me and Run, a Snow Patrol cover that deservedly gave her a 3rd and possibly final number 1 in late 2008. The vocal of her career, maybe Leona peaked too early. It’s quite sad to have seen an act with so much potential on their debut be subject to poor decision after poor decision. Since Run Leona has seen 3 classic  #1 hits pass her by, Halo, Burn and We Found Love to be specific, while the campaign for her last album Glassheart was horribly misjudged. Things are certainly looking up though, her upcoming single Fire Under My Feet is the closest she’s come to Bleeding Love yet. She may not have been the most consistently successful act to emerge from X Factor, but Leona has Spirit, the biggest and one of best things to come from Simon Cowell’s talent show.

Will I listen again?: Yes. I’ve always loved this album.

Best Track: At first I was going to pick Run here, but I’ve opted for Whatever It Takes instead. Since my first listen it’s just always felt like the perfect Leona song. Epic choir, big crescendo and massive runs near the end; brilliant.