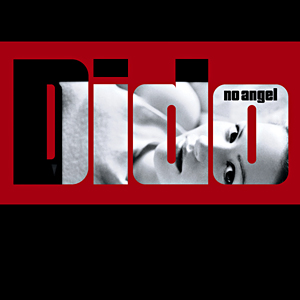 After the disaster of a first listen I had with Dido’s second album a few places lower in this list, I was dreading her debut. Rather than focus on the negatives again, I’m going to try and mention the things I did enjoy about the vastly superior first album from the Queen of dull music herself, rather than focus on her shortcomings. Recorded well before Dido was a household name thanks to Eminem sampling Thank You on his worldwide hit Stan, this is an album without an ego. Life For Rent was an album recorded and released by an already established successful artist, whereas No Angel is much easier and less pretentious than its follow up. The original version of Thank You is one of Dido’s best songs, the contrast between bleak and mundane verses and an uplifting chorus is what made Stan such a great song. Dido’s vocals on openers Here With Me and Hunter contain genuine emotion and personality too, something I didn’t think was possible after hearing Life For Rent. In fact the opening half of No Angel is full of personality, the simple and less intrusive production allowing for some decent songs to play out. Sadly in the second half she seems to lose this completely, a song like My Life droning on and on like I expected the album would. If it wasn’t for this sudden drop in quality after Thank You I might have even said I enjoyed listening to No Angel, which is very surprising. Dido was huge in the early 00s, and while it’s important I listen to every album on this list, I am glad I’ll never have to touch a Dido record again.

Will I listen again?: No. No more Dido for Sam thanks.

Best Track: Hunter, I thought I’d have picked Thank You here, but Hunter is actually quite a great pop song.