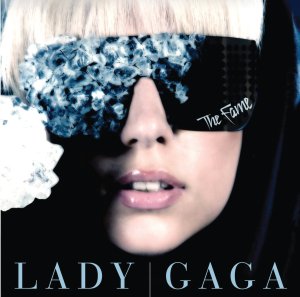 The Fame isn’t only number 29 in the list of the biggest selling albums of all time in the UK, it’s the album I have listened to more than any other. Far and away the most listens out of my entire music collection, The Fame is an album that I doubt will ever leave my iPod. It’s strange to imagine a time back in 2008 when the world had no clue who Lady Gaga was, her album making slow progress over in America without radio support. A few months later, and seemingly overnight in the UK, Gaga was everywhere. The hits speak for themselves now, Just Dance, Love Game, Paparazzi and most notably Poker Face are some of the most memorable songs of the century, but on first listen they were bonkers. The influence that a song like Just Dance had on the music industry is still seen today; Gaga made hooks cool again. Songs that were crazy inventive and jarring at the time are now seen as Gaga’s simplest records, especially in comparison to her recent output. Returning to The Fame 6 years on is a reminder of how impressive it is that a debut album could define an artist so perfectly. The Fame was instantly iconic, thanks to Gaga’s uninhibited attitude towards her own music and her reluctance to be anything other than an artist at all times. Not since Madonna had a pop act shown so much potential on their debut album, tracks like Paper Gangsta, Starstruck, Beautiful Dirty Rich and Brown Eyes showcasing a diverse, but well rounded artist identity. An album had never taken over my life like The Fame did, and the rest of the country it seemed. I haven’t even mentioned the best part of The Fame, which is part of the reason why Gaga finds herself in the top 30 of this list. The Fame Monster is without doubt the best pop record of the last 10 years and in the UK it counted as a re-release of The Fame. Gaga managed to write, produce and release the perfect follow up to The Fame within the same year; both The Fame and Monster had 2009 release dates. 8 tracks, all killer, no filler. It pushes The Fame up this list as well as making it one of the defining albums of the century so far. I will never stop listening to The Fame and with hits like Just Dance, Poker Face, Bad Romance and Telephone I doubt the rest of the UK will any time soon.

Best Track: How can I only pick one? Any of the singles could be here, but for me it’s a toss up between Poker Face and Alejandro. Both perfect pop songs.