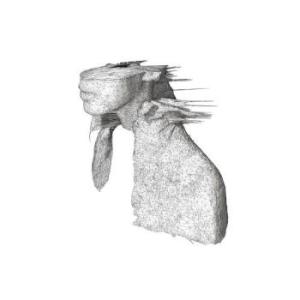 The first artist to appear twice in the list, we go from Coldplay’s worst album to arguably their best. After being introduced to the band on their incredible melancholic debut Parachutes, the hype for a follow up was hard to miss. Within the two years before A Rush Of Blood To The Head‘s release, Coldplay had become the biggest band in the country, and things only went up from there. The brilliance of the album is the simplicity. Pretty much just 11 brilliant rock songs, Coldplay are at their best when they hold back just a little, it allows the songs to breathe and the high points to go so much higher. The album has a flow to it as well, starting loud and diminishing bit by bit across song after song of stadium filling hooks. The opening three tracks, Politik, In My Place and God Put A Smile On Your Face are massive, clattering drums storming in every few seconds, but the sound remains diverse enough for all 4 members to shine. Coldplay are a true band, and A Rush Of Blood To The Head was the tightest they had ever been until last year’s Ghost Stories. Even when things are a bit quieter, for standouts like The Scientist and Warning Sign, it sounds like Coldplay. This is their defining sound, an album that deserves to be blasted out of speakers to fill a house, or more importantly one that needs to be heard live. The vocals, the riffs, the thumping drums, I could mention all of the technical ways that A Rush Of Blood To The Head is a fantastic album, but all I can think of is my mum jumping up and down to Clocks, or to Daylight or to A Whisper, at the Etihad Staidum, or just in our kitchen. To me, A Rush Of Blood To The Head sounds like being home on a hot summer afternoon, sat in the garden, singing along to some of the best music released last decade. This is the highest point for one of my all time favourite acts and listening to it will always be a pleasure.

Will I listen again?: Yes. Preferably in preparation for their next proper UK Tour.

Best Track: I very nearly picked Clocks here, which is an incredible song, but in my heart I had to go with The Scientist.