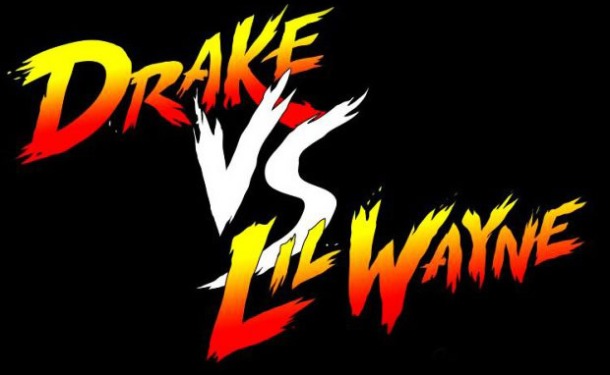 One of the most obvious joint tours of the year, Drake and Lil’ Wayne have been vital to each other’s careers for most of the last decade. Drake gained the exposure he needed early on thanks to his mentor, while Lil’ Wayne managed to stay relevant so late into his career by featuring on some of the most interesting hip hop music in the industry. With their joint tour being labelled as a ‘battle’, what songs can we expect from the Drake Vs Lil’ Wayne setlist? (Full setlist can be found below or on Spotify here)

An opening that contains some of Drake and Lil’ Wayne’s best duets, latest single Believe Me looks like a fair shout for the opening song. I expect the pair to really get the crowd going in songs like I’m On One and HYFR, both of which have made appearances in their latest solo shows. Successful was one of their very first hits together, taken from Drake’s So Far Gone mixtape and would be an amazing moment this soon into what is sure to be an epic gig.

Drake’s first solo section, I’d expect Drake to take what worked on his Would You Like A Tour? setlist, with Tuscan Leather moving seamlessly into Take Care hits Headlines and Crew Love. Both songs are real crowd pleasers, Drake’s verses on Headlines being some of his best. Wu-Tang Forever is one of the few songs I’d expect we hear from latest album Nothing Was The Same. Forever will see Wayne return to the stage for his verse, neither artist has been performing this song as of late, so t will be good to have it back.

Lil’ Wayne takes centre stage now with arguably his best song, Tha Carter III’s A Milli. Drake may even stick around to enjoy the atmosphere of this song, with spiritual successor 6 Foot 7 Foot following straight after. Flying through his hits, I wouldn’t be surprised if the songs chosen here are just a fraction of the songs he performs. Wayne has featured on so many songs at this point, picking out just a few is extremely difficult. Bandz A Make Her Dance followed by the two Chris Brown collaborations is probably the most likely set of tracks. Chris is sure to make an appearance during the tour at some point, especially since him and long time enemy Drake have seemingly ended their fued.

Back to collaborations between the pair, She Will, Miss Me and Right Above It are all big hits, Drake and Wayne trading verses on songs with massive hooks.  It’s the other two songs here that are less likely to appear. Uptown is another song from So Far Gone while The Real Her is the most down-tempo track so far. The collaborations are why the Drake vs Lil’ Wayne Tour exists and this run of hits is the centrepiece of the show.

Things are really picking up at this point, with two brief sets of solo hits from Wayne and Drake, the central tunes taking things down a notch. How To Love is one of Lil’ Wayne’s most divisive songs, but side by side with Mirror and Hold On We’re Going Home it will make a lot more sense. Drake could do his best Bruno Mars impression on the first of those songs, while I wouldn’t put it past Wayne to add something new to the second. 0 to 100 is the newest song in the setlist, though we could even hear some brand new tracks from both artists.

A quick speed through some other joint hits from the pair, there are countless songs we could see here. Opting to keep things simple, the first of these three songs are staples on either artist’s solo tour, so they will definitely be performed here. I’m Goin’ In is the third collaboration from So Far Gone and would be a perfect way to close the main show. (Do you notice a trend emerging?) I’d expect the pair to leave the stage at this point in preparation for the fight part of the Drake vs Lil’ Wayne Tour.

This is where the Vs part of the title comes into play, song after song, Drake and Wayne trading verses, this is sure to be the highlight of the show. These songs could move in and out of each other, F**kin’ Problems crashing in between the soulful Mr Carter and Mrs Officer, while verses from Worst Behaviour mix into John. The final three Nicki Minaj collaborations are begging for her to make an appearance. If anyone is going to turn up at a Drake/Lil’ Wayne gig it’s Nicki, so it will be nice to have her tracks together in one go. The last songs before the encore, expect this to be where Drake and Wayne battle each other.

That list of tracks speaks for itself pretty much. Started From The Bottom and Lollipop are the two biggest crowd pleasers that aren’t The Motto, which is sure to close the entire show. Drake and Wayne at their best together, The Motto was the culmination of those years of song after song together and possibly won’t be matched again in the future. The Drake vs Lil’ Wayne Tour may be focused on pitting these two rappers against each other, but once this song ends it’s sure to be obvious why they are the perfect match for each other.

If the tour ever came to the UK I would definitely be right there at the front, but for now we’ll just have to wait until mid August to see what the actual setlist for the Drake vs Lil’ Wayne Tour brings.