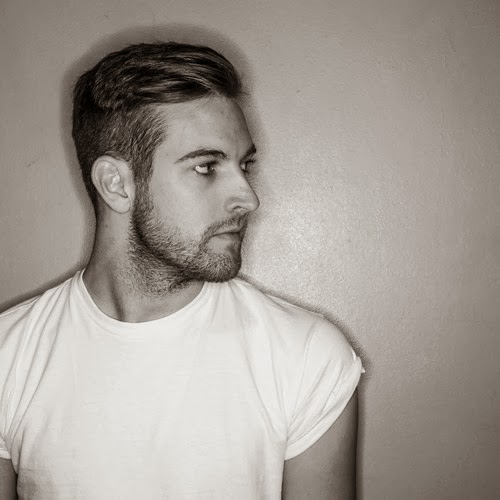 Last week saw Sam Smith score his third #1 single with Stay With Me. On the week of his debut album’s release has he stayed at the top of the chart?

Kicking off this week’s chart we have a re-entry from Pitbull and Ke$ha with Timber. The 3rd biggest song of 2014 so far, the song has spent 20/22 weeks of its chart run within the top 40, slipping to 44 two weeks ago. It makes it back into the chart at #36, not far behind the song’s follow up Wild Wild Love which drops 10 places to number 33 on its 4th week on the chart. There are no new entries between 40 and 31, the only other riser being Pills N Potions by Nicki Minaj.

The first new entry on this week’s chart is courtesy of British boyband M.A.D. Who score their 3rd top 40 hit with Shotgun at number 30. Sam Smith moves up to 26 with Money On My Mind 14 weeks after reaching number 1. The song is taken from the album In The Lonely Hour which enters at number 1 on the album chart today.

One Direction re-enter at 22 with the fourth single from their Midnight Memories album, You & I. The song previously entered at number 19 on the album’s release, but fails to reach a higher peak following a full single release. Also just missing out on a place in the top 20, Lana Del Rey enters at 21 with West Coast. The first single from her upcoming second album Ultraviolence, West Coast is the 8th top 40 single for Lana Del Rey, her last being Paradise album track Gods & Monsters which reached number 39 after being featured in extensive TV promo for Eastenders.

Moving into the top 20 we have a new entry for Twin Atlantic. Heart & Soul reaches number 17 for the Scottish band, the first top 40 entry for the group on the singles chart and the first single from the band’s upcoming third album Great Divide. Only two songs move up the chart towards the top 10, Coldplay and Pharrell Williams moving up a place each with A Sky Full Of Stars and Happy at 14 and 11 respectively.

There’s 3 new entries in the top 10 this week, the first of which comes from Ellie Goulding with Beating Heart at number 9. Taken from the soundtrack to the recent film Divergent, it becomes her 13th top 40 single and 7th to make the top 10 including last year’s Calvin Harris collaboration I Need Your Love. French house act Klingande makes their UK chart debut at number 3 with Jubel. Originally released last September across Europe, the song become a number 1 hit across the continent. It doesn’t quite match that peak in the UK, but is the second highest new entry this week.

Falling to number 2 with Stay With Me, Sam Smith doesn’t quite manage the chart double this week. Replacing him atop the singles chart is Secondcity who makes his chart debut with I Wanna Feel. It continues the run of one week number 1 singles which begun when Clean Bandit’s Rather Be left the top spot back in February. I Wanna Feel samples the Toni Braxton song You’re Makin’ Me High which reached number 7 back in 1996.

Predictions for next week:

The big song to watch out for next week is Ed Sheeran’s Sing which appeared at number 1 on iTunes as soon it was released. Released across the world nearly 2 months ago, the UK is the last territory to see Sing available to buy. If the song does reach the top spot it will be the first for Ed, who had one of the biggest debut albums in recent memory with +. Other songs to look out for include eez-eh by Kasabian and The Drop by Lethal Bizzle.