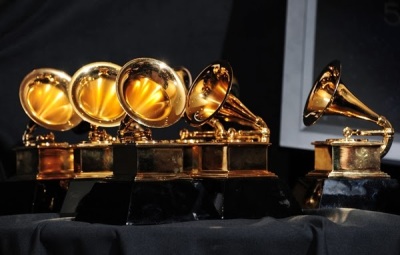 The end of the year is fast approaching, which means one thing; It’s nearly awards season! The Grammy Awards are a guilty pleasure of mine. As much as I know the selection process is wonky and the awards themselves can be a tiring slog I can’t help but spend months predicting which artists will be rewarded year after year. As always, I’ll be tackling the main 4 categories first, moving onto the genre awards soon after. 2012/2013 has seen some massive hit singles so which ones do I predict will make it onto the voter’s ballots for the 2014 show? (Red marks my prediction for the winner, Blue is my personal choice).

Also check out my tips for the other categories here: Pop  and Country, Rap  and R&B

Album Of The Year
Bruno Mars – Unorthodox Jukebox
Daft Punk – Random Access Memories
Justin Timberlake – The 20/20 Experience (The Complete Experience)
Macklemore & Ryan Lewis – The Heist
Taylor Swift – Red
Alternatives: David Bowie – The Next Day, Jason Aldean – Night Train, The Civil Wars – The Civil Wars
There are 4 albums that are already guaranteed a nomination for Album Of The Year. One of the albums from Bruno, Justin, Taylor or Daft Punk will win, that’s for certain. An ‘event album’ like Random Access Memories is the sort of thing that Grammys voters love, and with the biggest album of 2013 coming from an act like Justin Timberlake he will be right alongside the robots. The 5th spot is up for grabs from any number of contenders. I went for Macklemore & Ran Lewis over David Bowie or Jason Aldean after seeing how many nominations Fun garnered last year. The Civil Wars are the most likely to replace him in my list, though I wouldn’t rule out Kanye’s Yeezus or even the Les Mis OST as the 5th nominee. As for a winner I think it’s between Bruno Mars and Taylor Swift. After missing out on a nomination for Speak Now I think the worldwide success of Red will put Swift in a good spot to collect the trophy. That said, if the change of direction away from country and into pop puts off some of the Grammy voters, Bruno could emerge as both the safest, and in my opinion the most deserving choice for the prize.

Anyone who read last year’s predictions article will notice that I had Ed Sheeran as one of my alternative choices. This will be the second time he has been submitted for Best New Artist, the same being true for his fellow Brit Emeli Sandé. I think both are early favourites for a nomination or a win. Kendrick Lamar is my personal pick, his debut album topping critic lists across the world last year. I’d love to see a nomination for him, but wouldn’t be surprised to see Lorde there instead. Florida Georgia Line will probably be in the mix too, thanks to their monster crossover hit Cruise. I think this will be the duo’s only appearance in the big four, unlike the other duo in my picks. This is the award that Macklemore & Ryan Lewis have in the bag, far and away the hot favourites for Best New Artist.

Alternatives: Ed Sheeran – Lego House, Miranda Lambert – Mama’s Broken Heart, P!nk – Just Give Me A Reason (Feat. Nate Ruess)
After Call Me Maybe saw itself among the nominees of Song Of The Year last year I think my days of predicting this category correctly are behind me. Even so, I do think that the two biggest singles of the 2013 won’t be appearing here (Blurred Lines and Get Lucky). Instead we’ll see Bruno make another appearance with Locked Out Of Heaven. I’m glad they’ve chosen to push that song for the big awards, rather than splitting votes with When I Was Your Man, Locked has a strong chance here. I think Stay could be a good choice too, though it could easily be replaced by the other duet above, Just Give Me A Reason. Royals will be fresh in voter’s minds, the idea of awarding a 16 year old the Song Of The Year must be appealing too. I think Same Love is the safest choice for a winner, positive acceptance message and all, though I doubt anyone will agree it’s a better ‘Song’ than some of the others I’ve mentioned. This leaves one more spot and who better to nominate for a Grammy than queen of the Grammys Adele? I think Skyfall will have a better shot in the other categories, but I wouldn’t put it past her to walk home with yet another Song Of The Year trophy.

Record Of The Year
Adele – Skyfall
Bruno Mars – Locked Out Of Heaven
Daft Punk – Get Lucky (feat. Pharrell Williams)
Imagine Dragons – Radioactive
Macklemore & Ryan Lewis – Thrift Shop
Robin Thicke – Blurred Lines (Feat. T.I. & Pharrell Williams)
Alternatives: Avicii – Wake Me Up (Feat. Aloe Blacc), Florida Georgia Line – Cruise , Taylor Swift – I Knew You Were Trouble
The Record Of The Year category is much easier to predict than Song, but picking a winner is even more difficult. Of course Thrift Shop, Get Lucky and Blurred Lines will be in there, the early favourites for sure. I think Adele and Bruno will be in the mix again too, Skyfall probably having a strong chance of scooping this award too. The last spot could go to quite a few records, the fact that Record Of The Year has 6 spots open means Taylor Swift could sneak in with I Knew You Were Trouble, or Cruise could instead. I opted for Imagine Dragons instead, I think there’s a lack of Alternative/Rock in the nominees I’ve talked about, so I could see voters pushing this as a viable alternative to the pop hits. As far as a winner goes, I really wouldn’t mind any of the main 5 tracks getting it. I’d say Get Lucky is probably the most deserving of the lot, with Skyfall in close second.
So there’s my predictions for the Big Four awards. Be sure to keep an eye out for my genre award predictions in the coming weeks and hopefully I’ll be posting quite a lot more on here before the year is up.