2012’s dream team kicks off my singles list with Sweet Nothing, a club banger in every sense of the word. Florence’s vocal is ridiculous as usual, whilst Harris provides just enough of his signature drum build up to make this an absolute tune. What an explosive way to begin this list.

The most unexpected overseas success of the year was for the third single from Cher Lloyd’s debut. Want U Back is the song that sums up everything I loved about Cher back when she was X Factor. Full of attitude, snarky lyrics and a hook comprised of Lloyd’s ‘grunts’ makes for a brilliant slice of pop and one of the best efforts from an X Factor contestant in years.

I really loved the dark ballad that was The Band Perry’s breakout hit If I Die Young, but Better Dig Two takes things in a completely different direction. A stomping country anthem with lyrics that come across just threatening enough to match the production. There were a few country songs vying for a spot in my top 40, but Better Dig Two was the one that left the greatest impact with me in 2012. 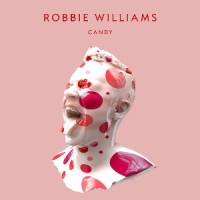 The catchiest chorus he’s had in years, Candy saw a welcome return from the cheeky side of Robbie. It was a joy to have a song that was okay being an obvious hit, following the Take That tour last year, Williams regained the confidence to let loose and have a blast in his music again. Though Gary gets a writing credit here, this is a Robbie hit through and through. 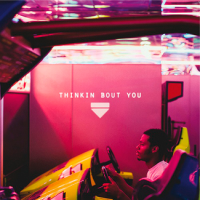 After scoring a top 10 placement on my albums list, it was obvious that Frank Ocean would make it on this list. Thinkin Bout You is one of the year’s RnB slow jamz, being careful to remain romantic without getting too sexual. It’s the feeling of that first love channelled into 3 minutes of beautiful falsetto. More honest and emotive than any other track in 2012. 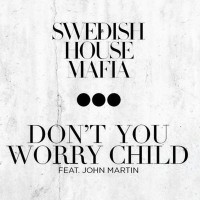 Don’t You Worry Child was the most obvious dance hit of 2012. A relatable, hopeful chorus followed by throbbing synth that builds to a huge climax over and over again. The acoustic guitar hidden beneath makes it that bit more special, the sort of dance record you could strip back completely and there’s still an incredible song in there.

It was a tough decision choosing which of Lana’s songs would make the cut, Born To Die and Ride came very close to making my 40. Hearing Blue Jeans was the moment I ‘got’ what Lana Del Rey was all about. Her slightly off key vocals in the verse; the constant distant sample played against that guitar twang; the awkward way she pronounces ‘time’; the driving force behind the incredible middle 8, it’s a brilliant song.

I thought Euphoria might end up a bit higher on my list, but it had to be here. Possibly the best Eurovision winner since Wild Dances (Xena will always hold a special place in my heart), Euphoria lives up the name. It helps that Loreen sounds slightly unhinged throughout the song, it makes those huge vocals seem like she’s literally singing for her life. An epic tour de force of euro dance that never fails to make me go mad on a night out. 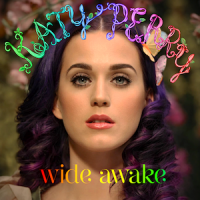 2 years into an album campaign artists should not be releasing songs as good as Wide Awake, my favourite Katy song since Firework. She consistently proves herself to be the ultimate pop star. You hear her voice and you know it’s a Katy record, this most definitely being her best Vocal performance yet. An expansive  record that gave Perry yet another incredible chorus to add to her repertoire.

Some may have expected to see Beyoncé a bit higher on my list, but given that Love On Top was technically released last year, End of Time was the only song of hers eligible. It’s still as epic as songs could get in 2012, full of just about everything that I want from a Bey song. A chorus that’s restrained enough to allow Beyoncé to remain the star at all times, End Of Time was a highlight on 4 and became one of my TUNES of 2012.