There’s no game quite like The Sims, and I have lost hundreds of hours managing houses full of Sims. I’ve mostly played the original game, and its many expansions, but I opted for the superior third iteration which is the best way to experience the series. Making your Sim get enough sleep, go to work on time, get promotions, remember to use the bathroom and get to know the neighbours is so much more enjoyable than it should be. I can lose weeks of my life, The Sims being the sort of game you think about when your away from it, planning what you’ll spend your time on once you boot up your PC next time. An essential game.

How can I play it? – Steer clear of the console versions, but just about every version released for PC is worth your time. 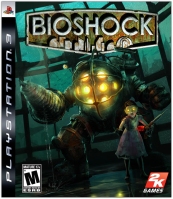 Bioshock is one of the few ‘predictable’ choices from me on this list, predictable here meaning a game that every critic loves. The journey through Rapture is one every gamers should experience though,taking on Big Daddies in more and more inventive ways. A game which lets you ‘harvest’ little girls for the energy they contain is as morally challenging as it is mentally challenging. Forget about the rushed and unnecessary sequel, this is a brilliant standalone adventure. Play this game, would you kindly?

How can I play it? – I played through this on PS3, but any of the three available versions works here. Just make sure you play it somehow.

I don’t quite know exactly why I ended up getting so excited for the European release of Persona 3. I was listening to a lot of the podcasts on 1UP at the time, and remember hearing how amazing it was from the hosts and American release reviewers. Nearly a year later I was finally playing what would soon become one of my favourite RPGs on PS2, a system that had long ago become synonymous with the genre. Persona 3 and 4 the 2009 sequel were the last great PS2 games, with an excellent graphical style and a mix of turn based RPG combat and sim management that is like no other game on this list. The cast of characters in 3 puts it on this list though, Akihiko, Junpei and the rest of the dormitory residents are some of the most memorable characters in games.

How can I play it? –  The FES version of the game has just been released on the American PSN, and the excellent PSP version can be found there too. The PS2 version is best found on eBay at this point. 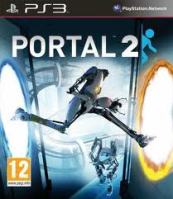 
The newest game on the list so far, Portal 2 is Valve at their most inventive. The best narrative of any of their games, this story sees GLaDOS and new character Wheatley clash in a plot that explains much of the history behind the Aperture Science Labs. Thought provoking, impossibly simple at times and yet still incredibly challenging at others, Portal 2 has a perfectly balanced single player campaign. Throw in a fantastic co-op campaign and you have a modern classic.


How can I play it? – Portal 2 is extremely cheap on all platforms now, especially Steam. That said, if you pick up a new copy of the PS3 version, you get a Steam download free.

The first Final Fantasy I’ve mentioned on this list so far, X-2 is the black sheep of the franchise, part of the reason I love it so much to be honest. As the first proper sequel in the series, revisiting the locations from FFX was one of the main attractions for me. It’s the most fun the series has ever had too, the tongue and cheek vibe showcased from the outset when Yuna opens the game with a J-Pop song making for a light hearted journey. Beneath the ridiculousness though is an incredibly deep RPG, and one that consistently delivers strong gameplay from start to finish. A worthy sequel to one of my favourite games ever.

How can I play it? – You’ll have to get it on PS2, but it should be easy to find preowned.