The sequel to one of the first games for the PS2, Dark Chronicle is a superb RPG. Much like Persona 3, this game is split in two distinct gameplay styles. One has you playing through real time action RPG style dungeons, while the other has you managing towns sim city style. It works so much better than you would expect, as you gather buildings and inhabitants through your journeys in the dungeons. Add in a time travelling narrative that never falters through the at least 50 hour quest with characters you genuinely care about and Dark Chronicle is definitely one of my favourite RPGs ever. Unfortunately, it’s the only game on this list I don’t currently own, my younger self trading it in once complete being a decision I’ve regretted ever since.

How can I play it? – You’ll have to pick up a copy of the game preowned but be prepared to pay a high price, because the game is difficult to find.

I’m sure there are people who disagree strongly with my choice to include Mass Effect 3 in my list, especially in the top 20, but all I know is that despite a slightly disappointing conclusion I had never played anything like ME3 in my life. It’s one hell of a journey, with memorable moments in just about every mission and heart wrenching decisions to make time and time again. The Geth/Quarian mission bringing me close to tears halfway through a game, which I totally didn’t expect. Everything is tighter in Mass Effect 3, from the combat to the dialogue sequences to the epic set pieces. I was lost in this universe like I never had been with a game like this before, so despite only coming out a month ago, Mass Effect 3 well deserves its place on my list.


How can I play it? – Mass Effect 3 is the easiest game to find from this list, it’s just about everywhere right now. I suggest playing through the previous games first as the transferring of your character and decisions is kind of the point. 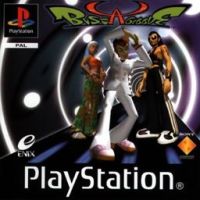 Bust a Groove is one of the fondest memories I have of growing up with games. When we got a Playstation for Christmas one of the discs that came with it contained a one song demo for Bust A Groove. It’s a rhythm action game where you input button commands on the dpad before hitting either X or O on the beat to keep your dance moves going. Compared to most current dance games, Bust A Groove had very little to do with the moves themselves, but was a fantastic Rhythm game regardless. I played that demo so much with some of our family friends that I finally got my hands on a copy of the full game. That was it, from then on it was a full competition between my brother, mum, dad, their two friends and me. We would play the game for hours, the soundtrack being so good that now, 14 years since the game first debuted I have the soundtrack on my iPod. Kitty N, Hiro, Shorty and Gas-O are household names for us, and my life is all the better for it!

How can I play it? – The only way to get a copy of Bust a Groove is from eBay, and be prepared to pay more than £30 for it nowadays. It doesn’t work on PS3 ether, so you’ll need a PS1 or PS2.

The fact that at one point I was considering giving this game the number 1 spot proves just how important Peggle is to me. The gameplay is so simple, shoot a ball from the top of the screen hitting coloured pegs it falls to the bottom to clear the screen of pegs. In terms of hours spent with a game on this list, Peggle would probably be in the top 3, from the hours I’ve spent on the PC, iOS and PS3 versions of the game. All 3 are identical, save for the incredibly addictive multiplayer modes seen in the console version. If you want to keep me occupied, Peggle is probably the best choice, for me it’s the perfect puzzle game.


How can I play it? – Chances are, you already own it!

If you spoke to me at all in 2011 you’ll know that I’m just slightly obsessed with Uncharted. I spent most of last year complaining that I couldn’t wait any longer for Drake’s Deception and when it finally arrived in November, I was telling anyone I could how good it was. The appeal is obvious, take control of a charming, clumsy and incredibly unlucky adventurer who finds himself in just about every life threatening situation possible. It’s one hell of a ride, a summer blockbuster with enough heart in its cast of characters to make it so much more than just another set piece littered shooter. Nate is the perfect lead character, and the third game in the series brings you even closer to feeling like him. It’s the best looking game on this list too, some of the vistas you encounter are breathtaking to say the least.

How can I play it? – The Uncharted series is reason enough to own a PS3, so get hold of one of those and play through all 3 to enjoy this the most.