Otis is the sound of two of the industry’s best rappers messing around in the studio over an Otis Redding sample. The fun these guys are having is so infectious you can’t help but want to join in with your own verse. Watch their faces when they perform Otis, or the brilliant video and imagine how much fun they had in the studio! 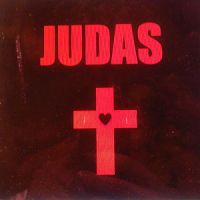 There was a time when Judas was my favourite single from Born This Way and while I may prefer other tracks from it now, this is still a tune from GaGa. The most ‘monster’ of all those on the album, this was yet another example of GaGa’s expertise when it comes to writing great pop hooks. Bad Romance 2 it may be, but is that really a bad thing to be?

Na Na Na Come On. Though the title may suggest this is Rihanna’s diretiest offering yet, the song is very tame in comparison to some of her more recent material (Cockiness I’m looking at you!). The ‘I may be bad but I’m perfectly good at it’ hook is one of my favourites of 2011, and as generic dance production goes Stargate do a brilliant job here. Let’s just not mention that Britney performance at the Billboard awards okay… 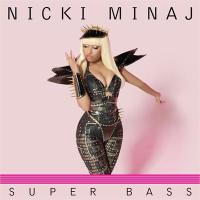 I was dissapointed by Nicki Minaj’s debut album, the craziness and intesity of her verses on other people’s songs never quite arrived on the mid tempo filled disc. As a bonus track, Super Bass became the surprise hit from the album, a song that not only lived up to her early promise but perfected the blend of a pop chorus and rap verses. A worthy smash hit in 2011.

Till The World Ends was a great Britney song when it was first released, but it wasn’t until the remix with Minaj and Ke$ha that the song really took off for me. Minaj delivers a frantic verse, Ke$ha proves that the song she wrote suits her voice perfectly, and the addition of a dubstep breakdown makes the epic finale that bit more epic. A modern Spears classic.

In 2011, Rihanna’s features were the place she shined. On this unexpected top 10 hit Drake delivers as usual but both RiRi and producer Jamie XX steal the show here, creating a listening experience I would compare to that of Love Lockdown. Such a down tempo melancholy song that expands in size and scope once you hear the dramtic section following the middle 8, a joyous track. 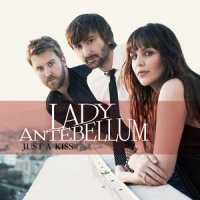 Early 2011 was when I discovered Lady A, a country group who do a great job of replicated the style Shania Twain made popular at the turn of the century. Their song Need You Now should have appeared very high on last year’s list in retrospect, and their second best track rises to a high spot here. Lyrically simple it’s the blueprint for what a pop/country track should aspire to be. 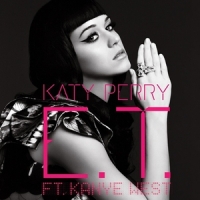 My second favourite of Katy’s Teenage Dream era singles, E.T. is a huge pop song. The stomping production begs for more and more from Perry as she pushes herself vocally like never before. One of 2011’s most immediate chorus sections the way she slurs through the word ‘terrestrial’ is a personal favourite moment. Kanye is slightly uneccesary, but I still find myself jamming to his verses.

A song that has finally found the sucess it deserved on the charts, Paradise is Coldplay at their stadium filling best. A big hook like the one here is vital to the band’s best songs and the production really goes off after that intial string section. This is a big record and stands toe to toe with songs like Fix You and Viva La Vida as one of the groups most epic.

You knew she would be back, but this was the toughest song in the list to place. After my initial listen to such a highly anticipated song I was dissapointed by the production and how much the verses sounded like Madonna. 10 months on Born This Way has surpassed both the singles that followed it, the definition of a grower. A song this blatent with lyrics that spell out exactly who she is talking to is unlike any other on this list, and it was so close to making it into my top 10.