Here we are at my biggest list of the year as Christmas arrives. Prepare for some big surprises from the off, with some songs placing much higher or much lower than  most people would expect. I’m going to have a small writeup for every song in the list this year, so let’s kick things off with my picks from 40-31.

A song that most could imagine near the top of my list, We Found Love is definitely Rihanna’s weakest lead single to date. That said, as club bangers go, few can rival the euphoric nature of this song, part of the reason why it became such a big hit across the world. Calvin Harris works his magic making a great moment where everything ‘goes off’, a song that demands an entire club to erupt in crazed jumping.

Another club banger, and my favourite song from The Sats yet. This is the closest the band have come to rivalling some of Girls Aloud’s best work, All Fired Up is the bands Sexy No No No! where a group is pushed by the right combination of writers and producers into new and brilliant territory.

It does help that this song from up and comer Rye Rye samples one of my favourite songs ever, but this interpretation of the song is brilliant. It understands the complex mixture of emotions in Robyn’s original, with verses from Rye Rye that echo her sentiments.

The 5th single from an album that already had 4 massive hits, TGIF is Dr Luke pop at its best. Katy delivers some of her catchiest lyrics ever, it’s a genuinely fun song that edges the line between serious and parody effortlessly. This was certainly not an ‘epic fail’ for Katy.

I had my reservations about the ‘solo career’ of an artist who’s previous group consisted of her and a bunch of backing dancers, but Don’t Hold Your Breath was the song that changed my mind. It’s a development of PCD’s I Hate This Part into a pop ballad epic enough to kick start a career. 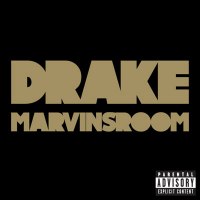 A late addition, this is the antithesis of just about everything else on my end of year list. The emptiness and openess of Marvin’s Room lets a story develop as the song continues. Drake’s character phoning his ex while drunk makes for a striking track, both thrilling and awkward to hear.

Very little needs to be said about the song that revitalised the careers of two artists struggling to match previous commercial success. By far the most irritatingly catchy song of 2011, it had to make an appearance here.

I had no idea Skrillex was releasing his first official single until I heard it played on Radio 1, and while First of The Year and Scary Monsters are better tracks, Ruffneck still makes me go crazy when I hear it. Skrillex’s over the top style of dubstep isn’t for everyone, but the contrast between the uplifting main riff and the madness of each ‘chorus’ is what makes Full Flex a brilliant song.

Yes it came out in America last year, Yes I saw her perform it in 2010 and yes I’ve excluded the EP from my album list for that reason, but do I care? We R Who We R is yet another brilliant tune from everyone’s favourite skank Ke$ha. Drunk Pop at it’s best. 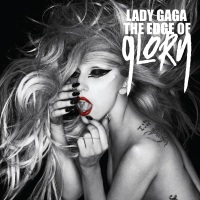 So we end the first part of this list with the first appearance from Lady GaGa. Edge of Glory was supposed to simply be a promotional single for the album. That plan backfired once the song charted higher than actual single Judas, and it’s easy to see why. This is GaGa’s epic power ballad, and though I will still be haunted by memories of Kitty on X Factor singing it, it’s still a brilliant song.