One of the most important days in the UK music calendar, today is Mercurys day. 12 albums from a wide vareity of genres have been nominated for the twenty thousand pound prize, which has become a well respected honour over the last 20 years. Artists such as Dizee Rascal, Pulp and Elbow have won the award in the past and with a lot more mainstream acts making the cut this year, who deserves the award this year?

Taking her out of the equation, I think that 2011 may be the first time someone has won the prize twice, with PJ Harvey gaining huge critical acclaim for her eighth album and fourth Mercury nominated one. Having listened to the album today, it is a good choice, a strong offering considering the lengthy career she has had. Other than Let England Shake, Anna Calvi or Elbow could have a chance. I wouldn’t put it past James Blake to get some recognition for his songwriter take on Dubstep too.The only problem here is the similarity with last year’s winner The XX. I can’t see the panel awarding a similar album the award, but stranger things have happened. 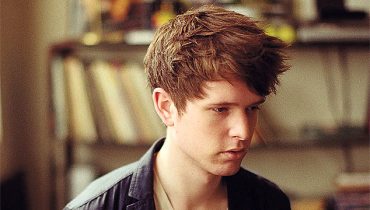 As for who I think deserves the award, James Blake would be a worthy winner for me from the ones mentioned. He has my favourite british album of 2011 so far, so I would be thrilled to see him pick the prize up. Next in line would definitely be Katy B, who from the chart friendly nominees is the best pick. Her album is Crossover Dance Pop at it’s best, and is the album from the list least afraid to have fun. The Metromony and Everything everything albums are good too, but are less well rounded as records. Tinie Tempah deserves a mention too, his impressive but flawed debut is still delivering hit singles a year on.

So my pick would be James Blake or Katy B, though I’m sure PJ Harvey will win tonight. Let me know in the comments what you think of the albums nominated and on the eventual winner when the Award is presented at 10pm tonight.