In a time where artists can sell millions of singles before even heading to the studio to record their debut album, there can be a lot of pressure to deliver once the LP finally arrives.  These are my 3 most promising debuts of 2010, the first of my series of Best of 2010 articles sure to take us right up to the end of December. 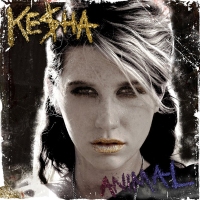 Kicking off 2010 in the only way Ke$ha finds possible, Animal took the core idea of breakout club smash Tik Tok and expanded it to make the years most ridiculous, but ultimately enjoyable debut record. It’s place on a Best Of list may be coughed at by many, mainly due to the drunken antics she gets up to across the 14 tracks here, but in terms of a debut album, Ke$ha delivered a thematic (if being drunk while in the studio counts as a theme) record full of reasons to party. It may not be clever, and it may not be pretty, but like the lady herself it understands that you can just party for the hell of it. 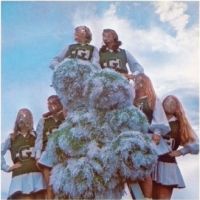 Comparisons between critical darlings Sleigh Bells and Ke$ha may seem like a step too far, but their debut album achieves much the same result as Miss Sebert’s. Just 35 minutes long, Treats is frantic, intense, very very very loud and yet still contains melodies you would see on a Girls Aloud album. The stark contrast between Metal style guitar production and sugar sweet female vocals is incredibly effective across these 12 tracks, the early praise for the band’s signing to M.I.A’s record label being fully justified by this fantastic debut album. 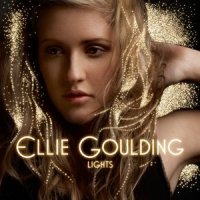 Number 1, and deservedly so for this year’s winner of Critics Choice at The Brits. The pressure is always on for those who win in this category, as it can make or break your chances of both chart and critical sucess. Luckily Ellie Goulding had the talent to back it up, delivering an album of Pop records written as if they were for a singer songwriter. I didn’t expect an album with parts sung so well to be so danceable at others, but Ellie found her own niche with Lights. Not quite going Electro like La Roux, or fully acoustic either, these well written and expertly produced songs are enough to guarentee the album’s position atop the first of my Best of 2010 lists.