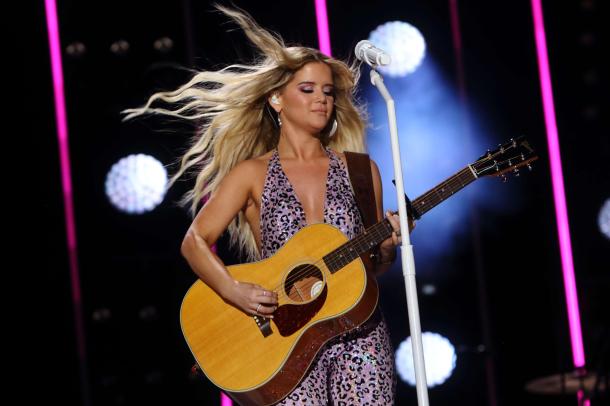 (Alternatives: I Don’t Remember Me Before You – Brothers Osborne, Redesigning Women – The Highwomen, What If I Never Get Over You – Lady Antebellum)

The Country categories at the Grammys are an interesting genre to consider, given that they sit somewhere in the middle of mainstream and alternative. They are also some of the ‘least competitive’ categories at the show, with just 54 songs submitted for Country Duo/Group Performance and only 60 albums submitted for Best Country Album. Whether this is just evidence that the submissions are more concise than some of the more scatter-gun categories, or if there’s simply less eligible music, it does mean that every year we get a surprise inclusion or two of songs that haven’t had huge commercial success.

This year it’s all about 2 acts, Maren Morris and Dan + Shay. Nominations aside, they should easily take home all 4 of the trophies here, both of them the most likely artists to break out of the genre and into the general field with the GIRL album and Speechless hit single respectively. Morris in particular has been nominated for Solo Country Performance for the last 3 years, and would be adding to the 10 Grammy nominations she’s already had in that small time. Speechless will help Dan + Shay retain the award they won last year, and it’s main competition in Song is Girl anyway.

The list above is full of previous Grammy favourites, Blake Shelton’s monster hit God’s Country will surely give him his first nomination since 2017, while I’ll be really disappointed if the Grammys ignore Carrie Underwood’s Cry Pretty era altogether. Love Wins is sure to pick up quite a few votes in Country Song, while I’d never bet against her appearing in Solo Performance. The likes of Eric Church, Thomas Rhett, Old Dominion and Little Big Town should make it into their respective categories, nominations for all of these acts at this year’s CMAs setting them up nicely for Grammy noms too.

Luke Combs is by far the biggest artist in country music right now, but thanks to his roundabout rise and how it’s never quite aligned with last year’s Grammy awards, where he picked up a Best New Artist nomination. Album This One’s For You had been released way back in 2017 and its place at #1 literally a few weeks before writing this means 2020 is the first year where it seems like he properly has a chance to pick up a trophy or two. Beautiful Crazy feels like an age ago, but is surely his best chance at a nomination, while I think voters will reward his 5 song The Prequel EP to make up for ignoring his debut album.

Unexpected outliers that could score a nomination? Tyler Childers could end up as an outside favourite for his album Country Squire filling the Sturgill Simpson spot of previous years with an album produced by that Grammy winner himself. Tanya Tucker looks to be this year’s classic artist who could finally get some love from the voters, while Brooks and Dunn might be in contention for their collaboration album Reboot. You could never say Taylor Swift is an outsider at the Grammy awards, but I think her Dixie Chicks collaboration might just sneak into the categories here.

I think super-group The Highwomen will be favourites for an award next year with their acclaimed album, but this year I think the combination of two its members, Morris and Carlisle on Common is likely to receive love instead. Newcomers Morgan Wallen and Matt Stell might be a bit too early in their careers to make a huge impact, but hits Whiskey Glasses and Prayed For You respectively are undeniably huge at just the right time. I’d also never rule out Brothers Osborne in the Duo/Group Performance category, the duo having been nominated for the last 4 years.

Will any of the songs and albums mentioned above make it into the general field? Only time will tell, but I think one or two could follow in the footsteps of Album of the Year winner Kacey Musgraves.