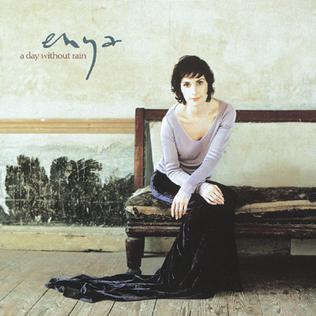 Enya is back again with another 40 minutes of New Age choral vocals for us to enjoy. I’m not sure what’s more impressive, her initial breakout success or her sustained success over a decade following her breakthrough as the 90s began. A Day Without Rain’s success can be attributed in large part to the song Only Time, which gained huge popularity and exposure after it was used on TV and Radio coverage of the September 11th attacks. At one point the album was selling over a million copies a month, cementing its place as the most popular album of Enya’s career. The song itself is a definite highlight here, where the lack of overt overdubbing makes a nice contrast to her older work. Wild Child is similar in this way, the pizzicato strings setting the scene well, even if the lyrics and performance itself are less than memorable. In fact, much of A Day Without Rain manages to come and go without much to grab your attention, instrumental moments on Tempus Vernum and opener A Day Without Rain sound like they should be the soundtrack to something a lot more interesting, very little of this album stands alone for the listener. Highlight Pilgrim features some of the most delicate and beautiful vocals on the alum, but perhaps only stands out for me because it’s the closest thing here to the work Enya did on the Lord of the Rings soundtrack. The Celtic influence is still here, but it isn’t at the centre like it was on Shepherd Moons and the album sorely misses this. At just 38 minutes long too A Day Without Rain seems to end as soon as it begins. In so many ways it could literally be any Enya album, she’s not exactly the most original performer in music, but there’s definitely something missing here that made the album fall even flatter this time around.

Will I listen again?:

Best Track: Pilgrim is great and makes me want to watch that scene from Fellowship of the Ring where Arwen speak to Aragorn in his dreams.