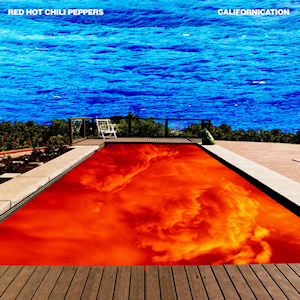 Listening to Blood Sugar Sex Magik and Californication for the first time back to back in a series like this does a lot to explain the development of Red Hot Chili Peppers over the 8 years that separated their two biggest albums. The almighty funk of that previous album is all but gone, replaced by a more melodic and relaxed approach to the band’s sound. In some places this works extremely well, hit singles Scar Tissue and Californication are two of the catchiest and memorable songs off either album, with both showcasing some of the strongest vocal performances from Anthony Keidis. Otherside showcases this even more, a slow build of a song that takes 3 minutes to become a huge rock anthem. It never becomes swallowed by the sound and the payoff by the end of the track is huge. Opener Around The World gives a tease of the Chilis we heard on older tracks like Give It Away, but even this finds itself blending into the rest. Elsewhere the album begins to meander slightly, without the punchy angst and electricity of the funk sound, tracks like This Velvet Glove come and go without much fanfare, a song that with a bit more of a kick could let some of the sexual lyrics have the effect the band desires. Everything begins to blend into one, there’s certainly a thematic style but like Blood Sugar Sex Magik it starts to feel overly long pretty soon into the record. I’d say that the great moments here are probably my favourite moments from either album, but as an overall listening experience I found the end result just didn’t come together as it could have done. The performances here are great, Keidis on vocals, the return of John Frusciante on guitar certainly gives these riffs a punchy edge, but for me Californication needed a bit more to push the record into the classic category.

Will I listen again?: Probably not

Best Track: Otherside was the track that stuck with me the most, the payoff of the building first few minutes is massive.