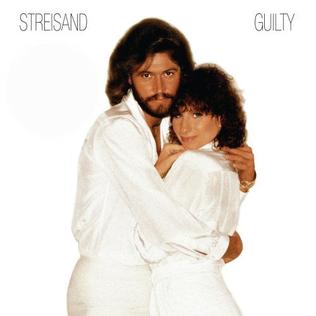 It’s no understatement to say that Barbra Streisand has one of the world’s most iconic voices. Just about every single person will have been moved by at least one Streisand performance, there are s many highlights from her 6 decade long career where she has achieved a number 1 Billboard 200 album in each of them; an achievement that isn’t matched by any other artist. Two decades into that career, it’s no wonder why writers were fighting over who could have the privilege of writing for Barbra Streisand and after she asked Barry Gibb directly if he would work with her the result was Guilty undoubtedly the highest peak of her commercial career. The opening title track sets the tone for a truly collaborative album, one of two brilliant duets with Gibb on here. Guilty opens the record with a smooth easiness, where Streisand is able to float in with her soaring vocals over the soft disco production. Lead single Woman In Love kicks things way up a notch and it’s clear to see how it became yet another worldwide #1 for Streisand. It’s a powerful record that captures the drama of her voice perfect. In fact this is why Guilty works as an album from such a theatrical performer. It may be a pop/disco record for the most part, (As if a post Saturday Night Fever Bee Gees would try and do anything else), but it’s the way that the writing allows a true dramatic performance to shine through. In the hands of any other singer something like the poppy bounce of Never Give Up would sound thin, but here it sounds triumphant. The disco of Promises could end up too generic, but instead it’s stacked with emotion, while on Life Story, Gibb toys with tempo so much that it allows Streisand to tell a story with its lyrics. Guilty is an album created with a performer in mind, never seen as much as on the spectacular 7 minute epic Make It Like A Memory, which moves from subtle candlelight emotional ballad to powerful Broadway filling anthem right up to a disco curtain call instrumental finale. It’s a tremendously satisfying way to end an album full of memorable moments and leaves the listener with closure. Guilty isn’t an album where Barbra Streisand sings pop songs, nor is an album where Barry Gibb attempts to write show tunes; instead it’s a collaboration that brings out the best in both performers and the result is thoroughly enjoyable.

Will I listen again?:

Best Track: I really wanted to go for the closing epic Make It Like A Memory here, but it’s the title track Guilty that brings these two acts together in the best way possible.