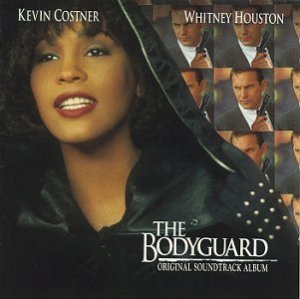 If there’s a moment in pop music that every single person can agree on, it’s surely that moment of silence before ‘DUN…AND IIIIII’ on I Will Always Love You. I don’t need to write 500 words to convince you of one of the most iconic vocal performances in music history, but here it sets the tone for what should be Whitney Houston’s greatest album. I Have Nothing is simultaneously the most ridiculous and emotional song of her career, while Run To You is stacked full of those long notes she made her name on during the 80s. I’m Every Woman sees Whitney, much like the title track, make a classic hit her very own, the sly wink and laugh as she proclaims ‘Chaka Khan’ over the last few seconds a knowing nod to her peer that she’s doing her song justice. Queen of the Night is the best kind of 90s Whitney track, full of RnB sass and edginess, while her rendition of choral stalwart Jesus Loves Me is yet another strong vocal. It’s amazing, 6 incredibly consistent, genuinely timeless hits. And then Kenny G starts playing saxophone. The second half of The Bodyguard soundtrack isn’t just bad because the songs are uninspiring, the full 5 minutes saxophone instrumental of Waiting For You is certainly a step too far, it’s that it breaks such an insanely strong run of songs. The rap version of Bill Withers’ Lovely Day? So random. A Joe Cocker and Sass Jordan duet? Why? Even the best of the lot, the dance infused Someday (I’m Coming Back) from Lisa Stansfield feels pretty pointless just a few songs after I’m Every Woman. In all honesty, picking holes in the second half of the biggest selling soundtrack in history is pretty pointless in itself. This is truly Whitney Houston’s finest work, with all of the greatest moments of her career appearing on the tracks here; the ‘DON’T YOU DARE’ of I Have Nothing; the opening acapella of I Will Always Love You and the final minute of I’m Every Woman, which is honestly one of my favourite minutes in pop music history. This is one of the best artists in history at the top of her game and it’s tremendous to hear.

Will I listen again?: The first half definitely.

Best Track: I am so conflicted on this one. As I mentioned above, the final part of I’m Every Woman is one of the greatest recordings in Pop history. I’ve chosen the best Whitney ‘original’ here though, I Have Nothing is ridiculous and dramatic and is arguably the definitive Whitney ballad.