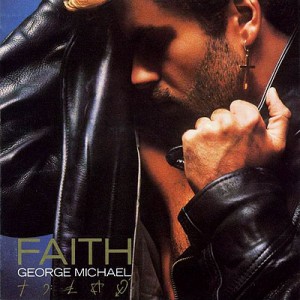 The debut solo album from the lead star of a pop band is a funny thing to consider. Much like Off The Wall earlier in this series, Faith technically wasn’t George Michael’s true ‘debut’ into the public consciousness, his debut solo single Careless Whisper appeared on an Wham! album for instance, but this is his first full solo LP. I’s certainly an interesting debut record, jumping between genres and styles in the way that only someone with a voice as soulful as this can pull off. On one hand you have the country tinged opener Faith, with the iconic Wham! sampling opening, and on the other you have Jazz standard style closer Kissing A Fool ending things with full focus on that incredible voice. Lodged in the middle is both parts of I Want Your Sex, the former taking it as literally as possible with the lyric ‘Sex is good, sex is fun, sex is best when it’s one on one’ and the second full of brassy riffs and a bit more double entendre in its lyrics. As the gorgeous ballad One More Try follows I Want Your Sex, at times it sounds more like a greatest hits collection than an album. Perhaps this is entirely the point, with Side A being especially diverse across its 4 tracks; the storming vocal performance of Father Figure the standout here. Side B features a run of dance pop tracks that includes the Electro tinged Hard Day and the danceable US #1 hit Monkey. In less musical hands this album could fall to pieces, it’s far too all over the place to remain a consistent listen, but somehow George Michael’s presence pulls it all together in the end. There truly isn’t a UK male vocalist with as much easy control and so much emotion as is shown on tracks like One More Try and Faith here. It may be George’s weakest original solo studio effort of his career- he would soon deliver some of the best albums of the next two decades- but as a set of hit singles to kick start the second half of his career, Faith does the job.

Will I listen again?: Definitely

Best Track: Father Figure is the obvious highlight for me. That chorus just hits that perfect spot on the uplifting single along mark.