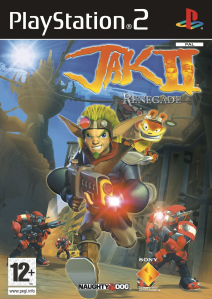 I completed Jak II: Renegade in just over 2 days. It’s the fastest I’ve completed a game of this size in recent memory, but it wasn’t because I was enjoying myself, I just wanted it to be over. Jak II: Renegade isn’t a great game, in parts it’s barely even a good one, but due to not remembering my previous time with the game I placed it in the 10 initial games for this Pile of Shame series. I don’t totally regret including this in the series, but about 10 hours of this game is time I wish I could have back.

Maybe I’m starting on a downer, but I can’t remember being this frustrated with game design in an otherwise decent game in years. For starters, the key selling point of this hotly anticipated sequel back in 2003 was the sprawling city that stars Jak and Daxter must travel across between missions, back and forth, then back and the forth again whenever an objective is completed. It’s not only tedious though, it’s genuinely frustrating having to go through the process of stealing a vehicle; opening the map to work out how much of the huge map you have to traverse; crashing a few times; sounding the alarm by accident; crashing a few more times; opening the map again because you got lost and then dying in a firefight before you reach the cutscene. It’s a repetitive process that loses it’s impact pretty quickly. I get that over a decade ago the idea of GTA: The Platformer must have been appealing, but it makes hal of the 16 hour playthrough painfully repetitive.

This doesn’t even take into account that controlling the hovercrafts, as well as doing just about anything in Jak II is hard as nails. The number of times that I had to google tips on a mission because I was convinced it was impossible to complete was so numerous that I’m sure you could find a ‘I’m stuck on…’ thread on GameFaqs for every single mission in the game. Checkpoints are horrendously placed, having to repeat the same perfectly timed platforming section over and over again because you can’t win the firefight that follows it is not fun. I can hear people thinking ‘maybe you’re just bad at the game, you should get better’, but this really isn’t the case. The number of times that it felt like it was the game’s fault; the hoverboard not grinding on a specific rail’; platforms requiring near impossible leaps of faith; enemies targeting you from way across the map; Jak never feels like he’s cut out to survive in this game. 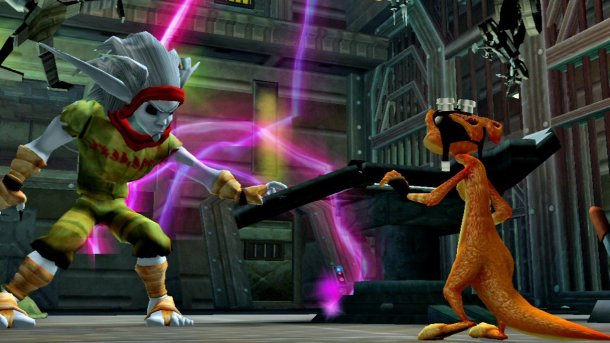 The overall tone of the game is so inconsistent too, the best moments are those that made the original Jak and Daxter such a vibrant and exciting game, scenes between the still brilliant Daxter and the others from the first game are lighthearted and charming like all Naughty Dog games are. Then you have the new ‘Dark Jak’ and the Krimzon Guard making sure you know just how serious it all is, as they hand Jak a gun, the one thing that the series didn’t need. As soon as you have a gun, the game basically becomes a poor man’s Ratchet and Clank, a series that started strong and importantly stuck to the reason it was fun in the first place. Without upgrading and any decent way for Jak to improve his skills you have an upwards slope of increasing long and repetitive shootouts against enemies way more powerful than you. It really can’t be overstated how broken some sections of this game are.

I find it interesting to think back to the release of Jak II: Renegade, where it was hailed as one of the greatest PS2 games in the system’s early years. In fact I mentioned in this article that it was on the cover of the very first issue of PSM2 I ever bought, where it received over 90% if I remember correctly. Technically Naughty Dog had pushed the PS2 like no one else, the sound design and environments are hugely impressive considering the hardware. I think maybe the game just doesn’t hold up over a decade on, you aren’t playing for the technical spectacle anymore and the major issues present at all turns are so much more prominent. There’s still a lot to love here, every now and again the game feels tight and well put together during some platforming sections that recall the first game. But it feels like an effort having to reload yet another ‘Crazy Taxi’ style section where you have to pick up and drop off people across the city for the 20th time. 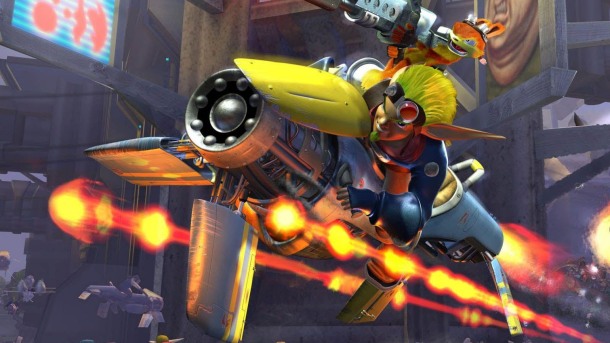 Jak II: Renegade isn’t the classic game I remembered it as, perhaps it’s better to stick with the far superior original.

Best Moment: The wit and humour seen in most of the cut-scenes is almost worth suffering through the most difficult sections. Probably not though,

Worst Moment: I could pick pretty much any mission here, but it has to be one of the ones that takes place in the city itself. The race against your rival Erol across the city is terrible, but I have to go with the ‘Destroy 5 Hellcat Cruisers’ Mission. A 20 odd minute, ridiculously tough mission with no checkpoint; absolute bullshit.