When Justin Vernon called it quits on Bon Iver back in 2013 I thought it would be the end of a potential follow up to their now classic self titled album. If I Was ends up being exactly this, with Vernon helping The Staves to deliver a career best record. Beautiful harmonies make this a much more accessible record than Bon Iver too, the trio sound incredible on every track here, especially on album standout No Me, No You, No More. The sweeping openness of tracks like Steady and Blood I Bled gives If I Was a timeless feel, it’s an album that is introspective but also massive in scale.

Bjork’s most straightforward album in 14 years is also probably her best in that time. On Vulnicura Bjork is an open book, it sounds like her laying everything out and letting herself feel things for the first time in a while. She explores the breakup of her relationship, through sound as well as lyrics. With Bjork the music is always entwined together, the emotions she conveys on tracks like Quicksand, History of Touches and the 10 minute behemoth Black Lake hits deep. This is Bjork at her most raw and it’s electrifying.

8) To Pimp a Butterfly – Kendrick Lamar

It’s interesting in a year where Drake became an even bigger global star with two albums worth of the weakest output of his career that Kendrick Lamar managed to successfully release a worthy follow up to modern classic Good Kid M.A.A.D. City. To Pimp A Butterfly is a difficult beast to tame, on first listen it’s baffling. A mess of jazz screeches, freestyles with the only hooks in sight being lines like ‘The dick ain’t free’, funky production and political statements, the fact that To Pimp A Butterfly is all over the place is exactly the point. Kendrick speaks on his fellow MCs in the same way he does racism, poverty and opression; with a fiery intensity and the slickest lyrics in the rap industry. Some may say he’s not for everyone, as if you have to be a music critic to appreciate such a tightly choreographed body of work. I disagree, Kendrick Lamar is someone who speaks for all people, which in the music industry makes him a rank outsider. 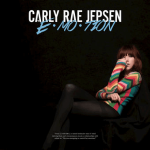 Back in 2012 I said that Carly Rae Jepsen’s debut album Kiss proved she was more than a one hit wonder. God I’m glad I was right. Emotion is a triumphant turn by an artist many had written off as so, here’s not just one more Call Me Maybe quality hit, here are 14 more, most of which are even better than that worldwide phenomenon. There has been plenty of hyperbole surrounding Emotion in the last weeks of 2015 and most of it isn’t even that ridiculous. Emotion is very nearly as good as Taylor Swift’s monumental 1989, though she edges her for pure unadulterated fun on tracks like Making The Most of the Night, I Really Like You and obvious standout Run Away With Me. Even bonus track I Didn’t Just Come Here To Dance manages to live up to that incredible title, Emotion was the biggest and most welcome surprise of 2015, even if a few of us knew Carly had it in her all along. 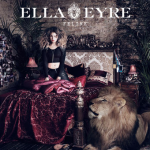 Relief. That’s the emotion I have when I think about Ella Eyre’s debut album. After numerous delays resulted in 6 pre-album singles I was worried that any hope of a consistently great album from Ella was all but lost. Hearing the album for the first time I was relieved that she managed to defy the odds, this is Ella Eyre delivering on her potential and then some. Tracks like Two and Always would be obvious first singles for any other artist, but next to songs like Together and my personal favourite Comeback they work better as album tracks. Successfully floating between dance bangers, brassy sass filled songs and well pitched ballads the whole thing sounds like a Ella Eyre and no one else. She is all over this debut, where years of touring and featured singles has actually paid off for one of the UK’s greatest performers. I am so happy to be able to include Feline so high on this list, more so than anything else in the top 10.

Can Laura Marling do any wrong? It seems not. Short Movie is yet another tremendous album from an artist who surpassed even my lofty expectations with her previous album Once I Was An Eagle. Short Movie is totally different, this is Marling Meets Electric Guitars to be exact. Where a group like Mumford & Sons failed with a similar concept here in 2o15 on Wilder Mind though is that it’s not enough to just make the last album again and plug everything in. Laura Marling pushes her musicianship, as a guitarist and a singer to brand new places, whether it’s the falsetto of False Hope, or the spoken word poem style of Strange. She keeps what makes her Britain’s most consistent songwriter, her raw emotion and effortless storytelling, but manages to make a dainty rollicking pop song like Gurdjieff’s Daughter work alongside the stripped strings of highlight I Feel Your Love by trying completely new things. Laura Marling is a true musician and 5 albums in still hasn’t hit a bum note yet.

Who knew Brandon Flowers had the pop album of the year in him? He’s always had a way with a big chorus, you only have to look at a song like When You Were Young for evidence of that, but every track on The Desired Effect is literally as good as the best song from The Killers. Lonely Town is a bop of a disco song, Still Want You is like a two step away from being a soul classic. Can’t Deny My Love is an 80’s rock anthem. It’s Between Me and You where The Desired Effect comes together though, it’s like a journey to find the chorus, each section more memorable than the last. It’s the details that get me. The guitar twinkle of a riff that appears and disappears, the ‘oh ohs’ of the choir that flitter in and out. Brandon sounds like he’s singing across this vast open space, like he’s travelling along with the song before it all fades away again. It’s a truly spectacular moment of an equally spectacular album. 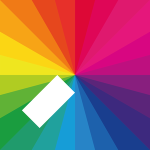 In Colour is a dance record that is danceable, catchy and yet introspective and emotional? Surely it can’t be both. In Colour is an impossible album though, the result of 2 well received albums from The xx this feels like the next logical step, but one that surely should have ended the group. Minimalist without sacrificing diversity, short on vocals without feeling like there’s not enough hooks, it’s an album of opposites and contrasts. Jamie xx is in control at all times though, it feels like a living breathing DJ set, not an album to be heard in a playlist or on a CD. Listening to In Colour from start to finish is this cathartic experience, a dance album designed for the club and the living room. Sleep Sound and Girl feature big house production, but next to songs like Loud Places and Stranger In A Room they make more sense as a whole than separately. In Colour is a dance record like no other and is definitely one of the best albums of 2015.

I mentioned in my singles list that I had Apple Music to thank for discovering Lianne La Havas (He says as if this well known successful British artist is some obscure German prog rock band) but I imagine many people had the same thing happen thanks to streaming in 2015. Being able to take a chance on music you might not have listened to otherwise has made it even easier to find new artists to be a fan of. Thankfully I took the plunge with Blood, a 10 track collection that sounds as effortless as it does impressive. Lianne’s vocals are insane on songs like Midnight, Tokyo and Unstoppable, her range and power was unmatched in 2015. Yes everyone, even including Adele. It’s a powerful album, which oozes personality and is a tight package of light and shade waiting to explode into colour on each and every listen. A tremendous album.

1) How Big, How Blue, How Beautiful – Florence and the Machine

2015 was Florence’s year. Her last minute headline set at Glastonbury felt like a moment that had been on the cards for years, where one of the country’s most beloved singers reached a new height. I feel like I have that same moment again whenever I hit play on How Big, How Blue, How Beautiful, the definitive Florence album. From that opening blast of Ship To Wreck through to sheer drama of closer Mother it’s an album that could only possibly have been made by one woman. Florence is softly sung on Long & Lost, while she lets go completely on the thrilling Delilah. No other album in 2015 made me keep coming back for more like How Big, How Blue, How Beautiful did. It’s like they recorded the album during one of their electrifying gigs, there’s this spiritual layer there where Florence sounds in control of the listener, entranced by this powerhouse voice and the epic music that surrounds it. In a year where plenty of artists tried something new to stay relevant, Florence and the Machine honed in on what makes them special and produced a career defining album. For me How Big, How Blue, How Beautiful is the most obvious album of the year I’ve decided in quite a while, managing to live up to all three proclamations of its title and giving me something new on every single listen. There’s no one quite like Florence and in 2015, there was no one as good as her either.

Click below to see the rest of my top 25: