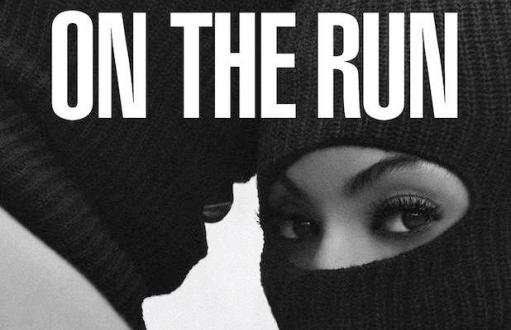 Jay-Z, Beyoncé, On The Run Tour 2014. It’s something that was bound to happen, it wasn’t a matter of if the biggest couple in music would hit the road together, it was a matter of when. Jay-Z isn’t a stranger to a joint headline tour, heading out alongside R Kelly, Kanye West, Justin Timberlake and Eminem over the years, but On The Run is different, this is family. Beyoncé recently completed the final leg of her Mrs Carter World Tour, with her husband kind enough to show up for all of her London shows.

Of course the chances of this monumental event making it over the UK is incredibly slim, but that wont stop me from being excited about the prospect of two of my favourite artists finally touring together. I’m very excited to see the setlist, which is exactly why I’ve came up with my thoughts on the songs the duo will perform. That said, I’ve tried to stick to tracks that have a far chance of inclusion, these aren’t necessarily my favourite songs from either artist, but this is exactly the show I would want to see from Jay-Z and Beyoncé in 2014.

Of course the most important decision of the setlist is which song will open/close the show. The one thing that’s for certain is that the duo of songs the tour gets its name from will either start or end the concert, I’m leaning towards the former. I picture Jay and Bey ‘driving’ onto the stage in the car from the ‘03 Bonnie & Clyde video. Maybe that’s a bit gimmicky for them, but the song is definitely the best choice as an opener, their first song together going straight into its spiritual sequel, Part II (On The Run). It’s a midtempo opening for two artists so used to opening with a bang, but I’d be shocked if the gig didn’t open with either of these duets. Maybe it’s wishful thinking, but Déjà Vu is the song I would most like to see in this setlist. Beyoncé hasn’t performed this on tour since 2007 so I’m holding out hope that the Jay Z feature makes its appearance here certain. Déjà Vu has to be in the setlist and I can see Beyoncé wanting to get it out of the way nice and early.

The first solo track from Jay has got to be Public Service Announcement. It may not have ever been a single, but each and every time I’ve seen him live PSA has been one of the highlights. I think Jay-Z will open strong, big hits to get people going early on. I think 99 Problems works much better near the start of a set, the opening of his Glastonbury set comes to mind. While Beyoncé is busy backstage switching outfits I wouldn’t put it past Jay to get some obscure hits out as well, maybe Where I’m From or You Don’t Know. As it stands though I’d like a hit filled selection from both sides of the couple.

Hollywood is a strange choice, but I’d like as many ‘official’ Beyoncé/Jay duets as possible to make it into the set and this is one of my favourites. I’d expect them to switch it up between the two versions of the song, trading lines over the final rap verse that they perform on their own version. For Beyoncé’s opening solo section I wouldn’t bet against the best moment of the Mrs Carter Tour making a reappearance. These three songs may not be her best, or even my favourite tracks, but performed back to back they manage to sum up just about everything that a Beyoncé concert is supposed to do. By the end of Diva I would probably need someone to help me off the floor.

Back to Jay-Z and more hits, along with Tom Ford which seems to be a favourite of the couple given how often Jay-Z would appear to perform it at Beyoncé shows. This is also the segment where Kanye could turn up. I’ve put 3 Kanye collaborations in a row to make it as easy a possible for him to make an appearance at a few of the dates. I doubt that we will see Beyoncé sing Run This Town, but I think No Church In The Wild and Lift Off are sure to see her return to the stage. They’ve never performed Lift Off together, so this could be one of the best moments of the whole gig.

I expect some of the ‘new’ performances from this year’s Mrs Carter Tour dates will be included in the On The Run Tour given that the US is yet to see these songs. Flawless is an obvious choice and mixing Bow Down in with the Jay-Z song it samples is even more obvious. Expect Yoncé and Jay to trade verses before he leaves her to it for some of her biggest dance performances of the night. Something tells me Run The World won’t make the cut, but I really hope it does. Upgrade U would be brilliant too, bringing Jay back on to deliver one of my favourite verses of his.

There’s not really much to say about this part of the show. Hit after hit after hit, every song deserves a place in the setlist. I’d really like to see Beyoncé try her hand at Holy Grail and Empire State Of Mind, I’m sure she can sing the hell out of both of them.

I’d expect both of them on stage from this point on, some how I have this extended Partition segment going round in my head. Following a singalong version of Encore, Beyoncé meets her dancers and performs a routine to Girls, Girls, Girls, an unexpected choice from Jay, but I love the idea of this going straight into a song as overtly dirty as Partition. Full chaise lounge routine finished, Beyoncé begins Drunk In Love from there, Jay Z finally getting up off his on stage chair to perform his verse. A raunchy way to end before the encores, but Drunk In Love would be the perfect tease for those last couple of songs.

Predictable yes, but the Halo/Young Forever end combo is a winner any way you look at it. Crazy In Love may well appear near the start instead, but I quite like having a big anthem like this before the ballad encore. I’ve seen Beyoncé and Jay Z end concerts I’ve been at with Halo and Young Forever respectively and it leaves you feeling totally satisfied with the experience. If I’d heard either following the setlist above? I’m not sure I’d bother seeing anyone else ever again.

Of course this is one big guess on my part, I’m sure the duo will perform a lot of these songs, but whether they even come close to a 38 song setlist is yet to be seen. I’ll be eagerly awaiting the first tour date at the end of June, but for now will have to do with listening to my own setlist (Which can be found in a Spotify playlist below). What songs are you hoping they include?