When you boot a game for the first time, what difficulty mode do you select? It’s something that’s often asked on the launch of big name titles that either force playing a specific way, or offer up an endless array of difficulty customisers. A lot of focus has been given to Dark Souls, a notoriously difficult game, but one that would only really appeal to a hardcore gamer audience to begin with. Dark Souls has a tougher than average difficultly as its main selling point, one of the reasons I’ve never got round to playing it, but it has allowed the developers to hone the experience in such a way that you learn and progress as you play.

What about the question I asked before thoug h, where you are presented with a selection of difficulty modes? Of course most players would accept that Normal should and usually is the best option when playing for the first time; the ‘default’ way to experience the game. From my understanding though this isn’t the case, games either being scaled upwards from the lower difficulties, or downwards from the higher, not splitting from the central option. It’s an important decision to make though, as more often than not you won’t be able to adjust the setting once you’ve started. 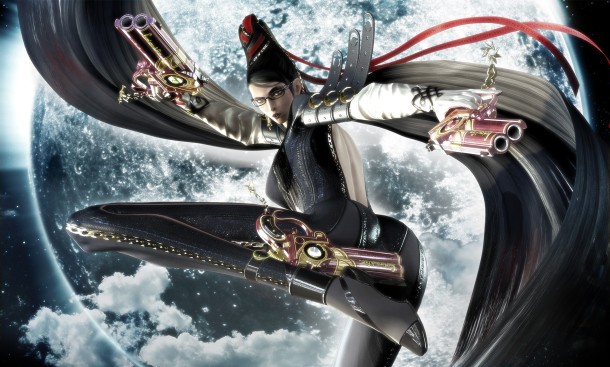 I made the wrong decision the first time I started Metal Gear Rising: Revengeance. I selected Normal, the middle option of the three presented to me on boot. 3 hours later I was on my 10th attempt of an early boss, the ‘easiest’ boss in the game no less. Due to the nature of Metal Gear Rising – the developers of Bayonetta and Vanquish, Platinum Games taking the reigns from Kojima Productions – mastering the combat system is a fine art. The emphasis on parrying rather blocking made for a combat system I couldn’t get my head around. I’d seen lots of critical praise of the combat system in Revengeance, but it was a bit beyond what I could handle. I ended up giving up once I’d finally defeated the boss, my experience sullied by the frustration I had suffered. The same thing had happened prior with Bayonetta and games like Devil May Cry or Ninja Gaiden, so I knew I wouldn’t be carrying on.

4 months on I thought I’d start again and give MGR: Revengeance a fresh look. Choosing the ‘Easy’ option was the best decision I could have made. Removing the need to aim parrys at the enemy meant that I was more than capable of handling the combat system. If there was anything I took away from Metal Gear Rising’s story it was that Raiden is a total badass and playing like one during gameplay made the whole experience more enjoyable. I still felt rewarded with every boss fight and enemy encounter, even if I rarely had to select ‘Continue’. There were late game bosses that I knew would have taken me days to defeat on Normal difficulty, but here I was completing the entire game in about 4 to 5 hours. If the option hadn’t been there, I really don’t know if I would have completed the game at all. It got me thinking on the topic of games that felt too challenging, or hit that perfect balance of challenge without frustration. Of course though, like anything in videogames it relies entirely on the player’s preferences.

There’s a lot to be said for a game that is instantly accessible to all gamers. The prime example of this has to be the Portal series. Both of these games manage to be challenging in a way that relies less on ‘gamer skill’ and more on cerebral puzzle solving. Understanding the solution to the puzzle is always much more difficult than executing it, something which allows Portal and its sequel to appeal to a wide spectrum of gamers, even those who may find something as comparable as Half Life 2 to be too reliant on their skills as a gamer. When speaking to more casual players who enjoy games, but aren’t likely to stick with it through a steep difficultly curve, games like Portal allow for the overall experience of the game, rather than its difficulty to be the most memorable aspect of the game. I’d use the analogy of spicy food; hot ingredients can be a great way to add dimension and a bit of punch to a dish, but too much and it will overpower the other flavours. Everyone has a different tolerance, knowing where to draw the line is key for creating an experience many can share.

I’m glad that I had the opportunity to complete Metal Gear Rising: Revengeance, especially as a huge fan of the series. It completely flipped my opinions of the game, allowing me to appreciate it for myself, rather than feeling inadequate and not good enough to play it ‘properly’. I’ll most likely end up going back to Bayonetta, which has been sat on my shelf for a long time, Easy mode might just be my ticket to really enjoying that game too. Maybe it’s time to embrace Easy Mode and not feel pressured by those who would say that we are ‘playing it wrong’.

2 thoughts on “Taking it easy: Difficulty in games.”