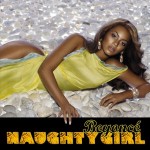 Kicking things off is one of Beyonce’s favourite songs to perform, the Donna Summer tribute Naughty Girl. If the ‘Love to Love You Baby’ sample wasn’t sexy enough, the way that Bey purrs her way through the vocals on this was an early glimpse at the artist she would later become. That funky throbbing guitar riff would pave the way for most of her second album as well, Naughty Girl is one of Beyonce’s most straightforward hits. A sassy, sexy trip back in time, with a chorus hook that still sounds as fresh now as it did back in 1975. 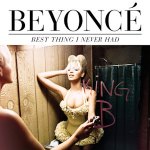 Leading into the release of the her much anticipated fourth album, aptly titled 4, the one thing that was missing was a worldwide smash hit. Best Thing I Never Had may not have delivered on its early promise in the charts, but it remains as the best ‘Beyonce anthem’ from the album. Continuing the trend from songs like If I Were A Boy and Irreplaceable, Best Thing I Never Had is a power ballad in the truest sense of the word. ‘I bet it sucks to be you right now’ is one of her best kiss-offs and the stomping drums and epic production make it a memorable hit. Shame it seems like Bey herself doesn’t remember it that much. 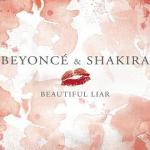 If Beyoncé had been smart with her single release schedule, (And when is she ever?) then End of Time would have been the lead single for 4. Massive chorus? Check. Tribal drums? Check. Destiny’s Child style second verse rap? Check. Breakdown dance routine? Check. Basically End Of Time is brilliant. 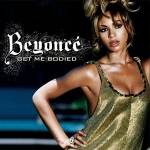 Another one of Bey’s performance faves, I don’t think there’s been a gig since 2007 when she hasn’t performed Get Me Bodied. As far as the song goes it’s pretty standard Beyoncé fare, typical RnB dance production courtesy of Swizz Beatz. It’s the energy of Get Me Bodied that makes it one of my favourites I think. It’s impossibly infectious, try and listen to the full 6 minute version and not attempt at least 3 of the dance moves in the amazing middle 8 section. It’s a song that Beyoncé seems to think is a ‘classic’ and I’m sort of inclined to agree.

The first time we’d heard Jay and Bey on a track together, it’s hard to believe that the couple on 03 Bonnie & Clyde are the same couple on current hit Drunk In Love. The Tupac sample, both of the beat and the hook, is used to great effect here on one of Jay-Z’s most soulful tracks. Jay-Z delivers some slick verses and Beyoncé slinks her way through the chorus with ease. Talk of watching Sex and the City together made this an anthem for a couple who would go on to become the biggest duo in the industry. 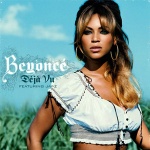 The Beyoncé smash hit that she forgot, Deja Vu seems to have been wiped from history since the B-Day campaign was over. Other than a performance in her one night Vegas show, she hasn’t included this #1 UK song in any gigs since the album. Its a real shame as this is every bit as brassy and bassy as Crazy In Love, if not as ‘crazy’. Beyoncé sure knows how to ‘make it funky’ and few songs are as funky as Deja Vu, the thrilling vocals on the middle 8 taking things to new heights yet again. Just need her to remember it exists now.

Probably a bit low on the list considering it’s become her most iconic song, but of course Single Ladies is here. The-Dream knows his way around a hit and Single Ladies is nothing less than that. I remember being completely baffled by both the song and the video on first listen, there wasn’t anything in the charts that sounded like it an definitely nothing resembling the now iconic video. It took a long time for me to finally ‘get’ Single Ladies, around the time it became embedded in my brain and wouldn’t leave my head for the next 2 years. Sasha Fierce was fierce enough already, but with Single Ladies in hand there was no stopping her.

During the I Am…Sasha Fierce campaign Bey was starting to lose steam with single releases. Releasing the 6th or 7th single from an album can grow tiresome, and she needed a huge Pop smash to put her back on top. Enter Gaga, who had fast become the biggest artist in the world and Telephone, a Britney song that wasn’t to be. Telephone is great as a stand alone Gaga track. but it really is Beyoncé who steals the show. She crashes into the song a minute or so in with one of her insane rap verses and the song goes from great to brilliant instantly. Bey pushes Gaga to try even harder to keep up, which only makes Telephone even more wonderfully ridiculous.

Baby Boy narrowly misses out on the top 10, but it’s been one of my favourite Bey tracks ever since release back in 2003. The record is sexy in that slinky subtle way that she pulls off so well (Though subtle can hardly describe the steamy video), Baby Boy captures that era of music when acts like Sean Paul were dominating perfectly. It’s tribal and sensual at the same time, while remaining dance focused from start to end. The hypnotic rhythm alongside those stabs of strings make this one of her most memorable moments.