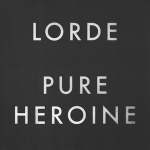 Her massive hit single Royals made it as high as #10 on my Singles list, and Lorde makes a big impact with her debut album too. As a debut album Pure Heroine is incredible, introducing Lorde both as an excellent lyricist but also as a performer with the confidence to showcase the writing. She performs these songs with such a unique vigour that contrasts with just about every other teenager in pop. Her age has been suc a huge factor of her marketing scheme, but it’s the youthful nature of her that makes her such an interesting artist. Songs like Buzzcut Season and Team have a cocky swagger about them, while the production across the album sounds like nothing else in the charts. With a debut album this good, it’s hard not to be incredibly excited for what Lorde does next.

Golden is probably the album I’ve listened to the most in 2013, lead single Downtown far and away the most played song on my Singles list. There’s a reason for this, Lady Antebellum works on just about every level that Country music can do. One minute you are tapping your feet to a country stomper, next moment there will be a lyric or two that hit so close to home you’ll never hear that song the same way again. Of course Lady A are at their best with the soaring ballad duets, the best here being All For Love which features possibly the best vocal performance we’ve ever heard from Charles and Hilary. The voice of Hilary is especially prevelant on Golden, her pregnancy during recording maybe the reason why she brings such emotion and power to her vocals here. Golden marked a turning point for a group who were close to becoming slightly predictable, the risks they took here paid off to no end.

I always find it extremely difficult to describe just what makes Arcade Fire albums so thrilling to listen to. I only discovered them in the build up to their eventual Grammy win for The Suburbs in 2011, but I’m so glad that I did. They edge on the wrong side of protentious just about as much as they stay on the right side fo it, but this is part of the charm. They seem to know that a double album with 6 minute song that is reprised again on disc two and song titles like It’s Never Over (Oh Orpheus) is a little bit much, but they manage to pull it off. Opener Reflektor and both appearances of Here Comes The Night Time flit between so many styles during their long running time that every second feel necessary, something other artists should take note of (JT…). After achieving commercial success Arcade Fire could have stood still and released another The Suburbs. Instead they decided to push their sound to even more extremes and for better or worse, Reflektor is an album you had to listen to in 2013. 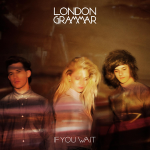 The easiest way to describe London Grammar is Florence & The Machine meets The XX, something that will either intrigue you or scare you off. I’m definitely in the first category, which is why If You Wait finds itself so high on my albums list. This is the sort of album you can literally lose yourself in for weeks on end; haunting vocals coupled with minimalist production that only improves with every listen. It never reaches the excited peaks of Florence’s work or features as much of the emptiness heard on either of The XX’s albums, but as a shot down the middle If You Wait couldn’t have been better. Singer Hannah Reid’s vocal is striking, it seems to consume half of every one of these songs, yet she sings with an honest emotion rarely heard in similar ‘big voices’ in the industry. Another debut album makes it onto this list, one that left a big impression on me in 2013. 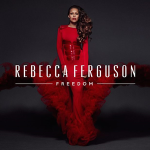 I had a feeling that Rebecca Ferguson would make an appearance on my albums list in 2013, her first album has become a favourite in our house. I knew she had it in her to make another honest record, but what I didn’t anticpate was how much she would push her sound forward for a second album. She had featured uptempo songs on Heaven, but here they showcase her vocal to its fullest. Songs like We’ll Be Fine recall Emeli Sande’s finest moments, but Ferguson’s album is a much more cohesive offering. My Best and lead single I Hope could have been poor versions of Adele songs in the wrong hands, but here Ferguson’s team of writers and producers have created a sound that she can own with her incredible vocal. Freedom manages to stay true to the emotive honesty we saw on the first album, but it manages to prove that Rebecca Ferguson not only has the voice, but the star quality to cast off her X Factor shackles for good. 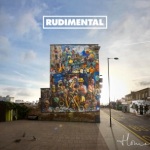 This time last year I asked for an album from Rudimental that would live up to the effortlessness of the monster hit Feel The Love and they delivered. Rudimental works as a production team/group/team for all of the reasons why I fell in love with their debut hit. To use a term that feels like a complete cop-out, everything they make sounds fresh, they’ve hit the home run on what it means to to be ‘relevant’. Outside of the string of massive singles that includes appearances from the artists like Foxes, Emeli Sande and John Newman, there isn’t a single dud track on Home. For a dance ‘compilation’ record this is brilliant as it gives the album a leg up over similar offerings from the likes of Calvin Harris and David Guetta. Unlike those ‘producer’ albums, Rudimental bring this electric energy to every song, something that you’ll know if you’ve ever seen a live performance of theirs. It’s auethentic dance music in the least authentic way possible, which makes for a debut album that 2013 wouldn’t have been the same without.

The surprise winner of the Mercury Prize earlier this year James Blake’s second album Overgrown is the sound of exactly that. It’s like his first album has been overtaken by even more bonkers ideas and experimental production. In some ways Overgrown is a much more cohesive record than the first, there’s more pop hooks to hear amongst the layers of bass and repeating drones, but in others it’s even more confused. It’s the sort of album that you need to give some time to sit with you after those initial few listens. I didn’t listen to it for a few months during the mid part of 2013, but during the Mercury buzz I think I’d finally appreciated what an explansive record this is. Highlights Retograde and Digital Lion both build to pulsating climaxes, while the wonderfully jarring RZA verses on Take  A Fall For Me is one of the most memorable moments in music this year. James Blake proves yet again why he’s one of the most exciting acts the UK has ever seen.