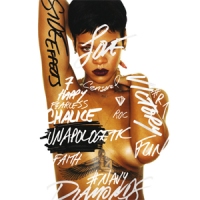 Some may balk at my including Rihanna’s 7th album alongside some of the albums here, but I must admit Unapologetic has really grown on me since release. It’s her grungiest album yet, with the ballads and hip hop leaning tracks outpacing the pop for the first time. As ballads go, this is the most comfortable she has sounded, Love Without Tragedy/Mother Mary sounding good enough to feature on the magnificent Rated R. Numb is a personal favourite of mine too, the Kanye sample making it the sort of song I would lose myself to in a club. It’s as good, if not better than last year’s Talk That Talk, which given it’s her fourth album in so many years isn’t too bad. 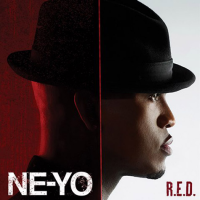 Another album called Red this time from an artist I’ve always been a huge fan of. Ne-Yo is still my favourite of the male RnB/Dance artists, and following the huge hit Let Me Love You my hopes were high that this would be a return to form. It sure was, featuring the same clever writing that made Year of The Gentleman one of my all time favourite albums. Don’t Make Em Like You echoes the Miss Independent vibe, while Miss Right has Ne-Yo back in Sexy Love mode. Save for the intriguing foray into country on Tim McGraw duet She Is, this is a predictable Ne-Yo album and all the better for it. 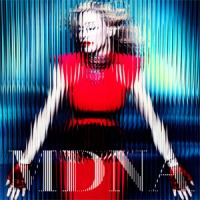 This album was top 5 for much of the first half of the year, and whilst it may find itself much lower on the list now I will still remember 2012 as the year the Queen of Pop returned. The horrendous promotion for MDNA may have made it a comparative commercial flop, but there’s no denying that Madonna is still delivering brilliant pop 30 years into her career. Masterpiece is her best ballad in years, whilst Gang Bang is as hilariously ridiculous as the title suggests. I’m Addicted features one of the best moments of the year for me too, the ‘I need to dance’ right before all hell breaks loose is as euphoric as Pop music gets.

Probably the most surprising album placement on my list this year, I never thought Cheryl would sustain a top 15 place, but A Million Lights has consistently found a home on my iPod. It’s a brilliantly crafted piece of UK Urban leaning Pop, the furthest thing from a Girls Aloud album. Following two decent but inconsistent records Cheryl finally sounds at home here. Trading verses with Wretch 32 on the brilliant Screw You one second and delivering some of her best vocals on Taio Cruz mid tempo Mechanics of The Heart the next, it’s the best album an act like Cheryl could ever hope to make. 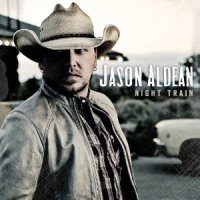 2012 was the year Country truly took a hold of my iTunes library. I discovered artists like Miranda Lambert, Carrie Underwood and the guy who makes it as high as 14 on my list, Jason Aldean. Following 2010’s massively successful My Kinda Party, Night Train sees Jason Aldean delivering exactly what you’d expect. Talk of firing up the truck, offering to buy you a drink and lying on the hood of his car are as predictable as country music gets, but Aldean’s delivery is familiar in a welcoming way. Lead single Take A Little Ride defines this mentality perfectly, at once overwrought and slightly ridiculous, it’s instantly catchy and somehow forced Jason Aldean into my life in 2012. An unexpected choice here.

When Little Mix were announced as the winners of X Factor last year, Pop bloggers across the country were instantly debating what sort of record the girlband should make. Summer 2012 soon arrived and with it the stormer of a debut single Wings, one of the best songs the show has ever produced, tossing out all comparisons to other girl groups. The magnificent thing about DNA isn’t the quality of the pop on offer, which is ridiculously high, it’s that it sounds like a Little Mix album from start to finish. This isn’t a poor man’s Girls Aloud (The Saturdays) or a group confused over their identity (Sugababes), DNA is truly unique and might well be the best record X Factor has ever produced. 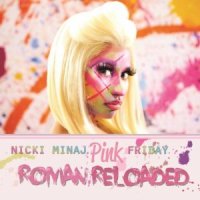 (This could take a while…) Oh Nicki…Pink Friday: Roman Reloaded is by far my most played album of 2012, well the first 7 tracks are anyway. I’ve found it incredibly difficult to weigh up PF:RR against the other albums here for this reason. When I listen to Nicki’s latest I have a playlist that includes the first 7 tracks of the album followed by Stupid Hoe and Promo single Roman In Moscow. If this was the ‘official’ version then Nicki would find herself at number 2 on this list, it’s seriously one of the best Hip Hop records of the last 5 years. Obviously this version doesn’t include Starships or Pound The Alarm, the two major hits of the album so can I really credit Nicki. The standard edition of PF: RR is a hefty 19 tracks long, which means I have cut more tracks than I’ve included. I’ve decided to split the difference in my final placement, though I’ve tried to reward Nicki for the good aspects of Roman Reloaded rather than punish her for tracks like the god awful Sex In The Lounge. No other album has provided me with more laughs, more enjoyment or more internal debate over how much of a mess it is as an album in 2012. For all of its flaws, 2012 would have been so boring without Pink Friday: Roman Reloaded in my life. 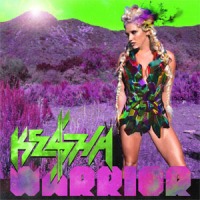 One of the newest albums on the list, Ke$ha just misses out on making it into my end of year top 10 for the second time. Ke$ha is definitely one of my favourite ‘popstars’ currently in action, her whole drunken state never failing to bring a smile to my face. She brings the same attitude here, as well as 12 killer hooks on an album that never gives you a chance to take a breath. Dr Luke has produced all but 2 tracks here, which gives Warrior a consistent pace throughout, peaking at the right times, usually following some brilliantly ridiculous lyric from Ms Sebert. Indie kids can say she’s talking nonsense, but hooks as god damn catchy as the ones heard on dubstep tune Supernatural and the infectious C’Mon don’t appear from nowhere. Warrior is the sound of an artist pushing their sound forward, whilst remaining true to reason she has fans in the first place. Ke$ha remains the queen of drunk pop.