With 76 singles to her name and counting, I simply couldn’t do the career of Madonna justice in a top 10. A week before her MDNA Tour arrives in the UK I take a look at my top 20 singles by the Queen of Pop.

Let’s kick things off with a classic, Open Your Heart is one of the many brilliant singles from True Blue. Signature vocal, and a ridiculously catchy chorus, songs like this are why Madge ruled the late 80s. A simple track that’s easy to love and a great way to start this list. 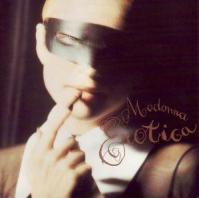 A weird choice some may say, given that Erotica is made up of little more than a hook and some talky bits, but it makes an appearance here for the feeling it gives me. Her breathy vocal on the chorus and the subdued hypnotic production capture everything this era of her career was trying to pull off, even if her ‘sexual’ antics in the video were so ridiculous it feels more like a parody than anything else. Ignore the ridiculous, stick with this brilliant song.

One of the more mid-tempo offerings from Ray of Light, it’s easy to see why I love The Power of Good-Bye. Trance beats, sweeping strings as the song builds and a sort of operatic style of singing from Madge. It’s the sort of brilliant album track that rarely gets released from the albums I like, so I’m glad I get to feature it here.

Another True Blue track, and a Madge tour classic. Of all her ‘old school’ tracks this is the one she clings on to for dear life. It’s easy to see why, the Spanish guitar and flamenco feel would soon become one of her strongest allies on her albums, and soon every female artist would be doing Spanish records (see Rihanna/Gaga). La Isla Bonita still holds up 25 years on and sounds just as majestic now.

Seen as the black sheep of her album discography, American Life gets a much worse rep than it deserves. The title track especially is such a departure from anything else she has done that you know I have to include it here. Her half rapping in the middle 8, the stabbing electronic sounds that make up much of the production and just enough Madge ridiculousness to satisfy the fans makes this is one of her most gripping tracks.

The newest addition to my top 20, I only heard this Bjork penned track recently. You know that I adore anything Bjork puts her hands on and Bedtime Story is no exception. It bridges the gap between the grungy sound of Erotica and the wild dance beats of Ray of Light, seen in the contrasting drum pattern and throbbing bassline. It’s as epic in scale as Frozen, but still has this quietness and subtlety rarely seen in a Madge track. An obscure classic in my eyes.

The earliest record on this list, Lucky Star captures everything great about young Madonna, it’s bubblegum pop and knows it is. The blasts of synth that inter cut funky guitar riffs is a simple joy, but every time I hear it I’m smiling 3 minutes later. There’s something magical about a pop song that is this unashamed to be fun. Especially when the idea of Madonna just having fun with no agenda is so crazy to imagine nearly 30 years later.

Another title track, Music is deservedly one of Madge’s biggest hits since the turn of the century. One of her best hooks ever, ‘Music makes the people come together’ is so simple that you have to question whether this is a good song after all. Verses full of nonsense make it harder to tell, but when that chorus hits you can’t resit but sing along. A Madonna dance track reduced to the bare bones, and all the better for it.

If Music is the bare bones, Ray of Light is throwing everything together in one massive explosion of sound. Her operatic vocal over such a frenetic dance production makes for one of the easiest Madonna tracks to love. There’s a reason this is so many fan’s favourite song, despite the horrible guitar version she inflicts on us when she performs it. This was the sound of the 21st century, 2 years earlier.

The sound of Madonna telling, not asking, the world to get into her groove, it must have been hard not to obey when this was released back in 85. Infectious is the best way to describe that production, which is so easy to lose yourself in. Unlike some of her other hits around that time, Into The Groove makes the 80s sound like a brilliant era to be young in, rather than an effort to enjoy the pop sounds of Madge. Of all the ‘classics’ this is the one I can see myself being obsessed with had I been alive back on release, which is why it make sit to number 11 here.