808s / Everything Changes But The Music

Oh Na Na, Ella Ella Ella Eh Eh Eh, Bom Bom Be Dum Bom Bom Be Dom Dom Na Na Na Na Na Come On, La La La La. They don’t work too well written down, but when heard on a record, you know exactly who you’re dealing with. Rihanna is the queen of the pop hook, her unique vocal delivery making the simplest of sounds into the basis of an iconic song. Rihanna is one of my favourite artists currently making music, but it wasn’t always like that.

Continuing from the last article, if Christina Milian was the heroine of my life, Rihanna was most certainly the villain. This wasn’t like my current ‘hatred’ of Jessie J, I completely despised everything about her and would complain whenever she was mentioned or a song came on (okay, not much different to Jessie J!). But in my eyes she was pure evil, the music industry’s devil figure. Were these accusations justified? No, they boiled down to a single lyric in the singer’s debut hit.

The first time I heard Pon De Replay, I was intrigued, it was the sort of song I loved at the time, Pop RnB crossover, with that Sean Paul style reggae sound in there too. A few weeks go by and the song becomes one of my favourites at that time. Cue my brother to discover the lyric that would sully my thoughts on Rihanna for the next 2 years. ‘You Dip It Low, then you bring it up slow’.

This was 2005, the year my obsession with Christina Milian was probably at its peak. At this mention of Dip It Low I suddenly became enraged, how dare this devil of music use the title of the greatest song ever in vain. I suddenly became oblivious to any of the reasons why I should love Rihanna, focusing purely on me wrongly thinking that she had ruined Christina’s career (The irony of this was that the accuracy of these accusations long term). 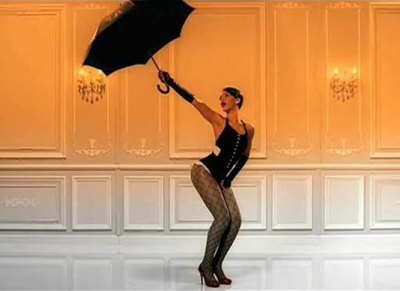 2 albums later, I would often be caught watching Rihanna’s latest video, for Unfaithful, where my brother would continually tell me that I was lying to myself that I hated her. I continued to ignore this, explaining that Milian was set to comeback with an album that would prove everyone why she is the best artist in the world. Obviously this never happened, and in fact her 4th album still hasn’t arrived, but what did happen was a song that would change my mind on Rihanna forever.

Umbrella is one of those records that everyone in the world recognises. While this fact may be due to the record number of weeks the song spent atop the charts, 10 weeks of hearing the ella ella hook is bound to leave a trace on someone’s brain, few can deny it’s one of the most infectious hooks of modern music. I had a really hard time getting through those 10 weeks, trying to pretend like I didn’t love the song. I eventually gave in, bought the album and next thing I knew I was near the front at her concert screaming her name going crazy to the song that has claimed number 1 in my list of favourite songs.

That’s why Umbrella is one of my most important songs, even if I still have unnecessary grudges against artists for no apparent reason (see Jessie J and Adele), I started to let the music speak for itself. I could never have guessed back in 05 when Pon De Replay was released that this girl from Barbados would soon sing my favourite song, and be one of my favourite artists, but thanks to Umbrella it’s obvious why she ended up in that position.