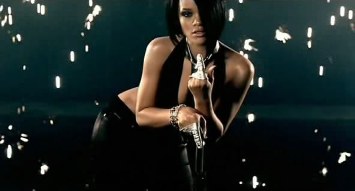 So there we are, the list of my Top 10 singles is official, with some entries that surprised even me. Here is the list in full:

The artist that appears the most in the list is Kanye West with 4 songs in the top 25. Counting guest appearances though, Jay-Z arguably trumps Mr West by turning up in the top 10 3 times, featured on his wife’s best hit, and my number 1 pick. Robyn deserves a special mention as the only lead artist to be in the top 10 twice, and for bringing the tears quota for the entire list.

There’s only one song that was released before the noughties, Bjork’s fantastic Joga. The most prolific years on the list are 2008 and 2009, where 5 songs from each year made the cut. It’s interesting that only one song, Dancing On My Own made it from last year, my second best song of 2010, Power, being outranked by 2 more of Kanye hits.

I hope you have enjoyed this year’s epic list, I sure have. I’ll be uploading an updated version of my albums list next, with some new articles appearing after that.

To listen to my top 25 singles list on Spotify head to this link: http://open.spotify.com/user/fatchins/playlist/6r1nMRl0PZqB0BWNN0RtZw